AIPPI's resolution on "IP Licensing and Insolvency": Will this re-ignite legislative initiatives in Germany?

During its 44th congress in Toronto, on September 17, 2014, the International Association for the Protection of Intellectual Property (AIPPI) adopted a resolution on "IP Licensing and Insolvency". The resolution regarding "Question Q241" can be accessed via AIPPI's website at: aippi.org/download/commitees/241/RS241English.pdf

The Resolution
AIPPI noted a "significant lack of clarity" in most jurisdictions with regard to the treatment of IP licenses in insolvency scenarios together with "the lack of regional and international harmonization of the topic".[1] In an integrated and globalized business world, AIPPI encourages "clear, specific and harmonized rules" to overcome the existing legal uncertainty in this respect.[2] AIPPI therefore adopted certain resolutions, including that the solvent owner of an exclusive license should have a right of first refusal to acquire the pertinent IP rights if the insolvency administrator has terminated the IP license agreement (resolution No. 10).[3]

German legal perspective
Turning the eyes towards the legal situation in Germany, it becomes obvious that the considerations of AIPPI are accurate. In particular, licenses in IP rights, at least those which are granted for a certain period and against the recurring payment of royalties, are not "insolvency-proof" under German (insolvency) law. The insolvency administrator over the assets of a licensor is, based on section 103 Insolvency Code (Insolvenzordnung), entitled to terminate the underlying license agreement. If the insolvency administrator executes its statutory termination right, the usage right of the licensee ceases to exist. The licensee fully relies on the administrator's willingness to either continue the IP license agreement or to offer a new license agreement on fair and adequate terms. The legal and economic risks for the licensee and its business operations, that may, to a vast extent, rely on the right to use the respective IP, are obvious. The licensee's statutory claim for damages associated with a termination is of no real benefit to the licensee since it is only of monetary nature and, as such, to be claimed from the (likely insufficient) insolvency estate.

Several legislative initiatives aimed at providing for "insolvency-proof" licenses in IP rights have, however, not been successful. Interestingly, section 108a Insolvency Code (Insolvenzordnung), as proposed within the draft legislation in 2012, took a similar approach like the one taken by AIPPI in its afore-stated resolution No. 10. In general words, Article 108a Insolvency Code (Insolvenzordnung) stipulated the right of the licensee to request, from the insolvency administrator or a legal successor, the conclusion of a new license agreement with "adequate terms" if the insolvency administrator opted for a termination of the current license agreement. In difference to AIPPI's resolution No. 10, section 108a Insolvency Code (Insolvenzordnung) would have been applicable not only to exclusive but also to non-exclusive licenses.[4] Resolution No. 10 should therefore not be taken as a blue-print and be interpreted rather broadly so that not only the right of an exclusive licensee to acquire the IP right is covered but also the right of the holder of a non-exclusive license to request a license agreement on fair and adequate terms.

Conclusion
It remains to be seen if AIPPI's resolutions, in particular resolution No. 10, re-ignites legislative initiatives in Germany. Calls for regulations stipulating "insolvency-proof" IP licenses have not become silent.[5] In fact, they may well become louder since the German Federal Court (BGH) will not render a decision in the "Quimonda/Infineon" proceedings whether non-exclusive usage rights in patents are "insolvency-proof". The parties settled the case in September 2014 and prior to a decision of the German Federal Court (BGH) that had been scheduled for November 4, 2014.[6] 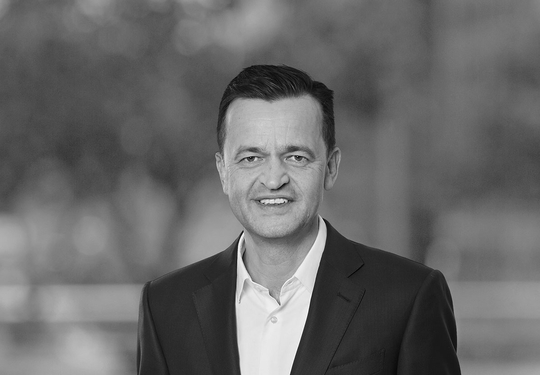