The COVID-19 pandemic has crushed Indonesia's power sector. The economic slowdown depressed electricity demand by 15 per cent in 2020. Due to travel restrictions, construction has stalled on many Indonesian power projects that rely on imported labor. And the government recently reallocated a quarter of its infrastructure budget to finance its pandemic response, applying additional fiscal pressure onto state-funded projects.

That said, the outlook for the Indonesian power industry is brightening as signs suggest that Indonesia is posed for a robust economic recovery.

While the power sector's fortune may turn with the country's, the sector is expected to undergo radical changes in the coming years. Indonesia's state-owned utility (PLN) recently announced its commitment to become carbon neutral by 2050 despite electricity generation in the archipelago being dominated by fossil fuels (accounting for 90 per cent of electricity capacity).

A realistic aspiration? Yes – Indonesia is blessed with an abundance of green resources, including solar, wind, hydropower and geothermal.

As vaccination rollouts proceed across APAC and optimism inspires contemplation of a post-pandemic world, we consider the prospects for renewables in Indonesia, and identify the key impediment to the country's stated goal of reaching carbon neutrality by mid-century.

There is vast potential for solar and wind energy resources in Indonesia. It is estimated that these resources would, if exploited in full, provide the country with three to four times its current power generation capacity. But these resources remain virtually unexploited – less than 1 per cent of their estimated potential. The Indonesian government is taking steps to change this, and has set ambitious developmental targets for these resources. It has adopted policies to promote rooftop solar development and the use of reservoirs for floating solar.

Regulatory and technical headwinds remain strong for the Indonesian wind and solar sectors. The republic's punishing local content requirement for photovoltaic projects has dampened international investment and, with limited exceptions, winds in the archipelago do not blow fast enough to sustain large-scale wind farms with the current turbine technology. Without major legal and technological developments, it is forecasted that wind and solar will continue to play a relatively minor role in Indonesia's power mix over the next decade.

Hydropower contributes the largest share of renewable energy to the Indonesian electricity mix (approximately 7 per cent). The prospects for growth are promising. The archipelago has ample hydropower potential to satisfy domestic needs, and the government is enacting measures to promote hydropower development in remote areas.

It has passed regulations to facilitate hydropower development in relatively low-populated forest conservation areas. The government's power development plan thru 2024 targets hydropower projects in Papua, Sulawesi, and North Kalimantan, and Indonesian hydropower capacity is projected to increase by 60 per cent over the next 10 years.

While the prospect for hydropower development is brighter than solar and wind's, the sector is not without challenges. Storage-based hydropower plants require the submersion of extensive areas upstream of the power generation unit, challenging development in the many densely populated regions of the archipelago.

Damming of rivers can harm biologically rich and productive local ecosystems and force the resettlement of surrounding communities, making large-hydro developments politically unpopular. Changes in rainfall patterns, often attributable to climate change, have resulted in regional droughts, drying up hydropower dams and testing the conventional wisdom regarding the reliability of hydropower.

The heat is on (Geothermal)

Geothermal will almost certainly be indispensable to Indonesia's commitment to becoming carbon neutral in the next 30 years. Geothermal energy exploitation involves harnessing the heat produced by the dynamic interaction of rocks (including magma, molten rock) and fluids beneath the earth's sub-surface (the term comes from the Greek words geo (for earth) and therme (for heat)).

Due to the country's straddling of the Eurasian, Pacific and Indo-Australian tectonic plates on the so-called “ring of fire”, Indonesia is believed to have the greatest amount of untapped geothermal resources in the world – around 28.5 gigawatts, which, if fully exploited, would account for over 40 per cent of its current electricity generation capacity.

Only a fraction of this geothermal potential is exploited (around 7 per cent). The upfront costs of developing geothermal resources are high. Determining the true potential of a reservoir with certainty is almost impossible without expensive exploration drilling, which can cost tens of millions of US dollars with no guaranteed returns. Several well-publicised projects in the archipelago have underperformed, finding less than half of their originally anticipated exploitable potential.

The government has identified the “high costs of entry” as a key impediment to geothermal development.

To encourage investment, it has recently introduced policies to “de-risk” geothermal project development by easing regulations and providing fiscal incentives, including tax deductions, VAT exemptions on imports and reductions of property taxes during resource exploration. It has also developed a geothermal exploration-phase risk mitigation program further to which three government-backed entities will explore geothermal resources and tender them to the private sector for exploitation if proven.

These developments bode well for the sector. Fitch Solutions has predicted that, by the turn of the decade, Indonesia will likely claim the number one spot for installed geothermal power capacity, and the sector will account for the vast majority of its total renewables electricity generation (approximately 75 per cent).

Coal in the way

If one were to encapsulate the main impediment to the Indonesian renewable sector in one word, that word would be “coal”.

The Indonesian territory is rich in coal (being one of the world's largest coal producer and net exporter). While it exports most of its production, it retains a large percentage for internal use and the commodity dominates the domestic power sector, contributing more than half of its total power generation.

Government policies keep the price of the fuel low, which continually makes coal attractive to the state-owned utility (PLN) as a relatively cheap alternative for power generation. PLN is required to provide subsidized, below-market tariffs to its customers, and is under pressure by the government to optimize its power generation costs.

Notwithstanding the government's ostensible backing of green power, it is projected that the percentage of the republic's total generation capacity that consists of coal will increase over the next decade (from around 61 per cent to around 65 per cent).

The long road to net zero

The public announcement of PLN's aspiration to be carbon neutral within the next 30 years is a welcome sign for the renewables industry.

The world's largest island nation benefits from an abundance of green resources, and is starting to demonstrate the political will to encourage their exploitation. It has a long road ahead, and the journey to net zero will require maintaining policies that support renewables and reassessing competing commitments to the domestic coal industry.

Repealing incentives that artificially keep the price of this fossil fuel low will be strongly resisted by the minority they serve. But unpopular decisions are necessary to accelerate the green energy revolution and fulfill its carbon neutral promise – a promise that will reap dividends for the many generations of Indonesians to come once fulfilled.

Reproduced with permission from BT Asean. This article first appeared on aseanbusiness.sg and is available at this link https://www.businesstimes.com.sg/asean-business/winds-of-change-lift-indonesian-renewables). 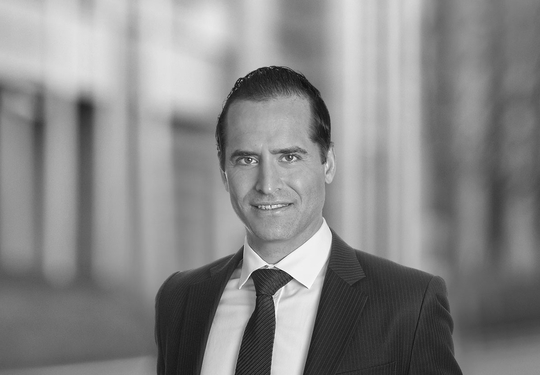