Last year's cross-border inbound and outbound deal value total of US$20.4 billion was more than three times the domestic-only figure of US$8.1 billion. However, many expect a reversal in 2019.

The shift could be dramatic. Last year, just 23 percent of respondents predicted that Israeli private companies would be one of the two most active types of acquirers in the country during 2018. Just 12 months later, 69 percent forecast this group will lead the M&A charge during 2019. Similarly, 51 percent pick domestic publicly owned companies as M&A rainmakers for 2019, up from 22 percent a year ago. Israeli private equity firms are also expected to be busier. And this is borne out by the rising percentage of domestic deal volume in the past two years: In 2017, 40 percent of deals targeting Israeli companies were domestic, while in 2018 domestic deal volume hit 44 percent. 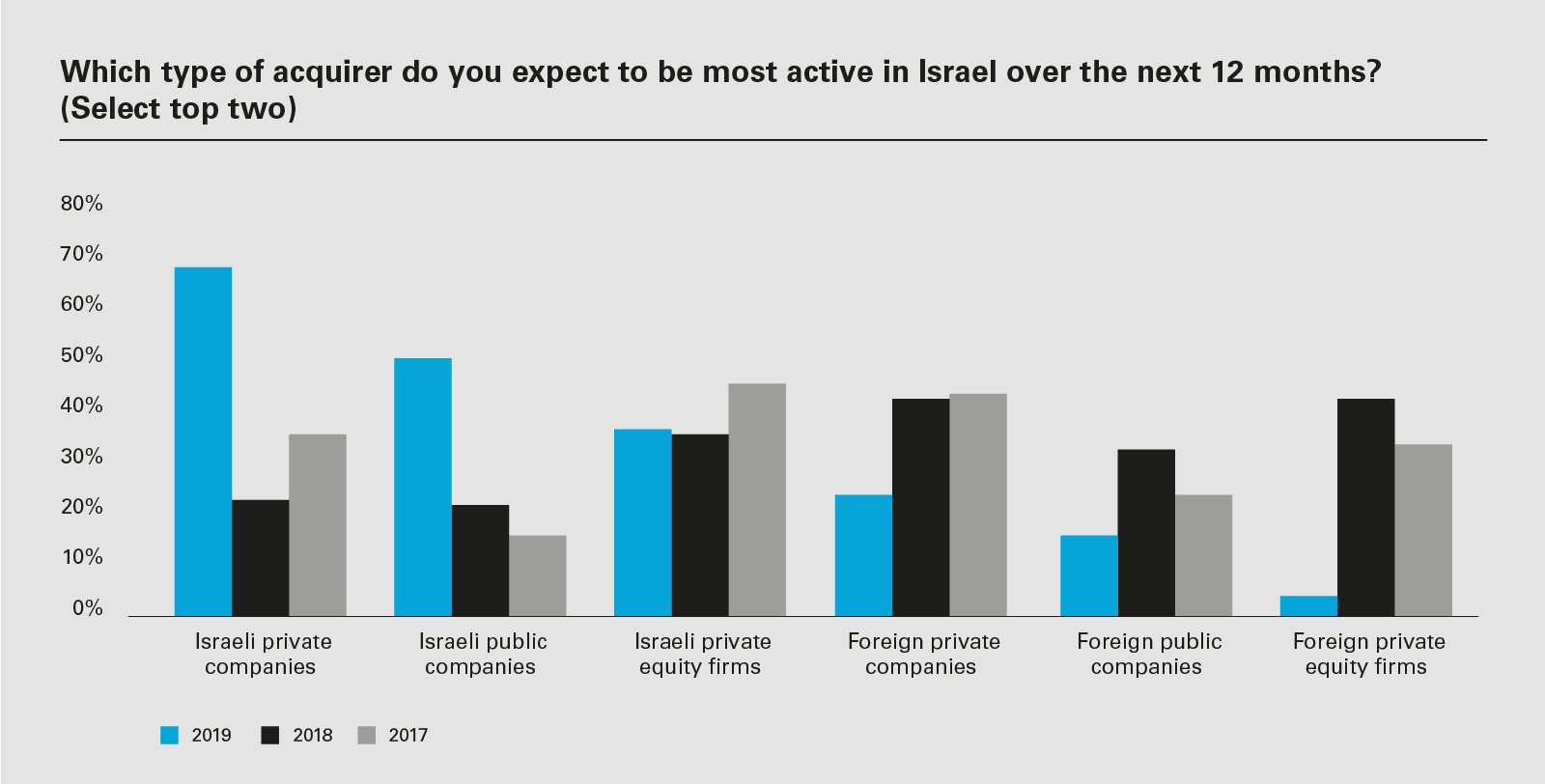 Respondents are much less likely to predict heightened activity from overseas companies, whether public or private—and just four percent think foreign private equity will be a major player in the Israeli M&A market during the coming year.

In part, this represents the growing strength of Israel's home-grown companies, which are ready to play a bigger part in the M&A markets. "We've seen over the past few years that Israeli private corporates now have an established technological advantage," says the CFO of one Israeli company. "Also, we've seen a boom in exports, with competitive technological sectors and communities growing rapidly."

Expectations of a shift from cross-border to domestic dealmaking are also likely to reflect concerns about the global market backdrop. If the global economy does slow, some investors may retreat from overseas expansion. If respondents are right about Israel's ability to manage such a setback with only minimal domestic impact, their propensity to engage in M&A should suffer far less.

As the US makes it more difficult for Chinese companies to invest in its technology sector, they are seeking alternative targets. Israel's strong tech industry is an obvious candidate.

Chinese up investment in Israel

Meanwhile, although cross-border transactions will not dry up, our survey suggests the nationality of bidders for Israeli companies may be set to change markedly. Some 43 percent of respondents think Asian acquirers are most likely to increase their dealmaking in Israel over the next 12 months, ahead of both North America and Europe.

Moreover, 59 percent of respondents predict the number of Asian bidders targeting Israeli companies will increase significantly over the next 12 months; a further 37 percent predict a moderate increase.

China will likely be the most significant player in this trend. According to the IVC Research Centre, Chinese investors were involved in 12 percent of all deals in Israel's high-tech industry in the first nine months of 2018. And in terms of value, the sums are increasing year on year—US$325 million was invested in 2018, up from US$308 million in 2017 and US$274 million in 2016. As the US makes it more difficult for Chinese companies to invest in its technology sector—as well as in other industries—they are seeking alternative targets. Israel's strong tech industry is an obvious candidate, particularly given the country's strategic location along the "Belt and Road" route to the West that China is pursuing.

"China is searching for advanced technology options and looking to invest in and acquire startups, for both their technology and talent," says the CFO of one Israeli company. "Now is a good time to take a look at Israeli companies." 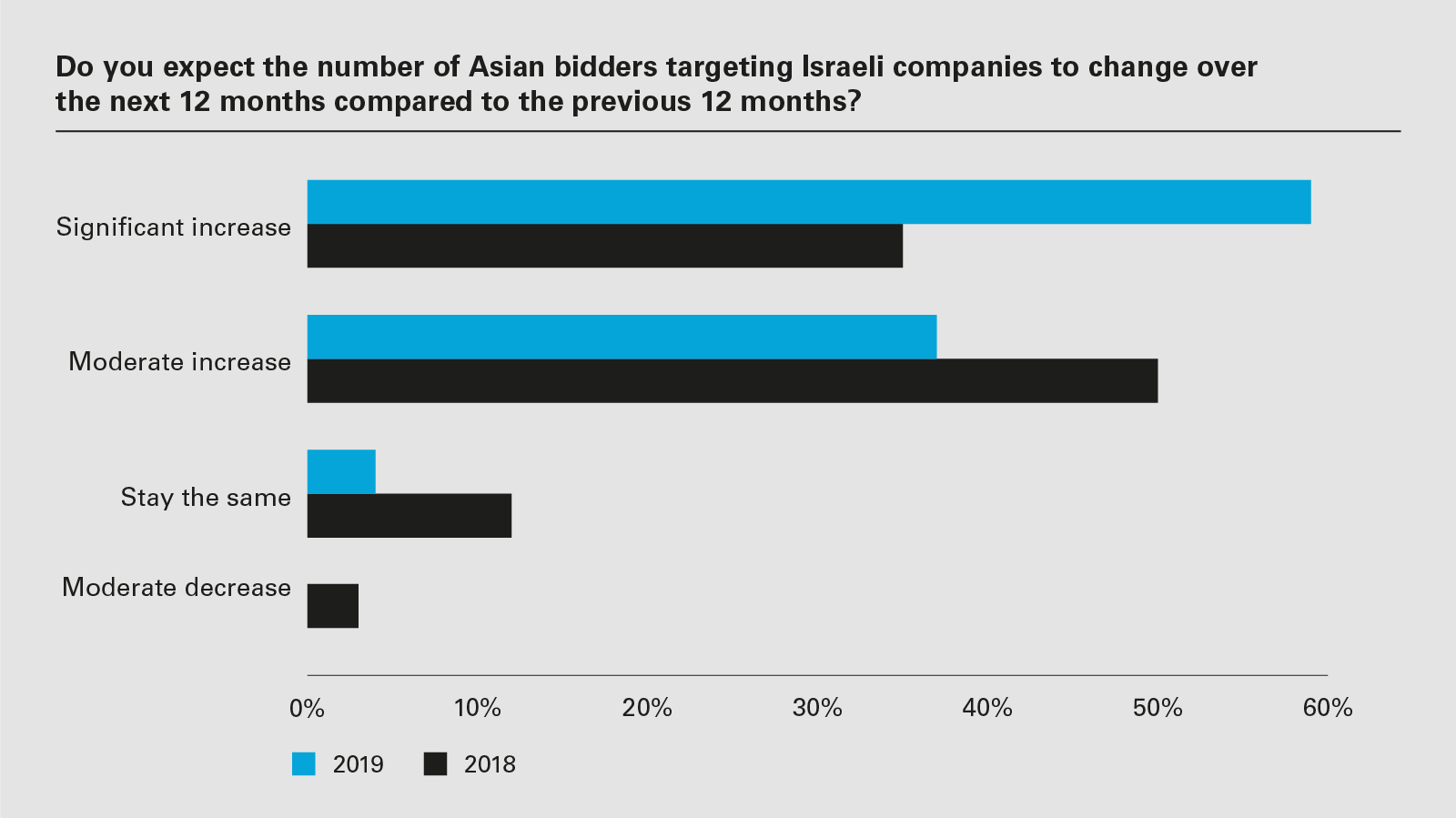 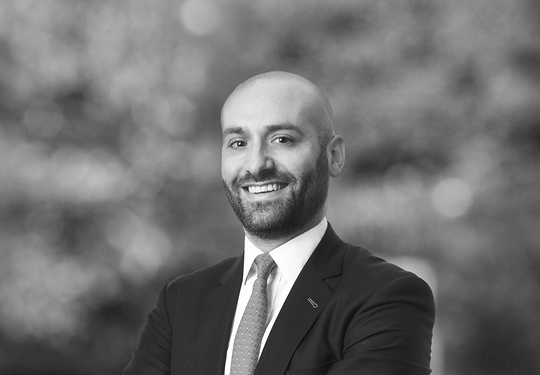