For the United Kingdom, the largest and most important market, both in terms of inbound and outbound M&A deals, is the United States.

According to the M&A Attractiveness Index, developed by the M&A Research Centre at Cass Business School, the United Kingdom is now ranked fifth out of a total of 147 countries in terms of its attractiveness for M&A purposes (i.e., its ability to attract and sustain business activity).

Although the United Kingdom has maintained a top ten ranking over the six years of data, its main challenge is the below par percentage it scores in the socioeconomic factors, particularly regarding its population demographic.

On the positive side, the market strengths have consistently increased over the years in both infrastructure and assets, as well as in the technology sector. The United Kingdom now scores very highly in these categories (both at 93 percent). 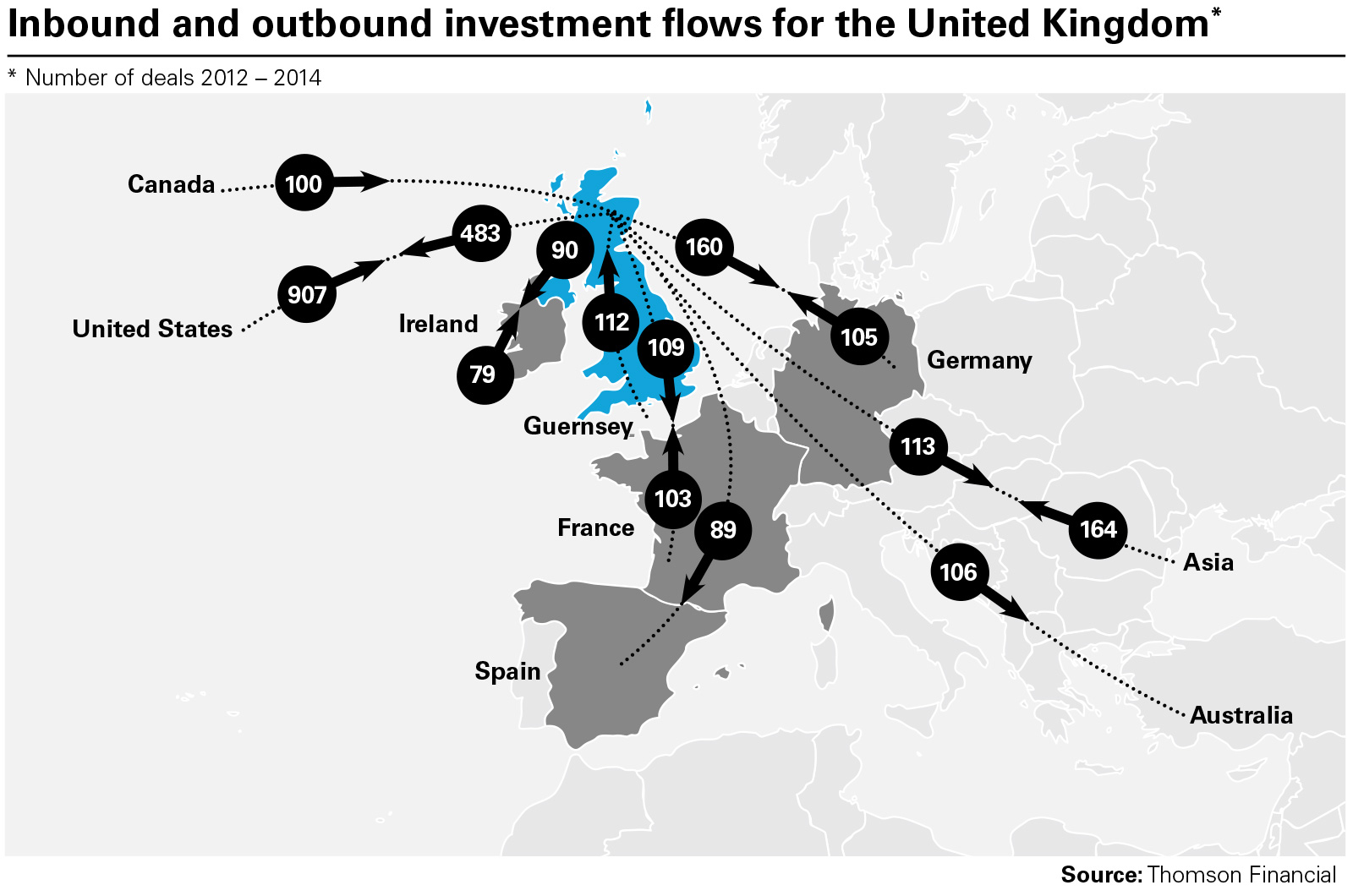 In terms of Europe, deal flow between the United Kingdom and Germany is one of the most significant. Regarding sectors, UK companies are more likely to buy German companies that operate in the construction (nonresidential or industrial) and other industries, while German companies invest in UK chemicals and professional services companies.

Perhaps it isn't especially telling that the United Kingdom's M&A Attractiveness Index ranking has moved a few positions from year to year given that the country sits in the top five or ten globally. And with US$45 billion worth of inbound M&A transactions in the first quarter alone, sentiment is good, deal volumes are robust and confidence has returned.

According to EY, over half of British companies intend to make acquisitions this year—a rather bullish state of affairs. Corporate earnings are healthy, cash stores are ample and loose European monetary policy is keeping rates low, making it that much easier for dealmakers. Expectations for the Bank of England to raise interest rates before 2016 are nil. These auspicious fundamentals conspire with a British business community that is emerging from years of uncertainty and defensiveness with strong balance sheets and a readiness to look outward. For the moment, the lack of a funding gap, which is to say the notional difference between the price that buyers and sellers are willing to accept, means the stars are aligned for M&A.

GlaxoSmithKline sold its oncology division to Novartis for £8.6 billion, Carphone Warehouse and Dixons Retail effected their £3.8 billion merger and US concern Alcoa bought British jet engine expert Firth Rixson for nearly £3 billion. As private equity divests itself of assets and takes profits after a long period of wait-and-see, the inventory of attractive targets increases in turn. Innovation itself produces opportunities, and companies will be keen to buy or merge their way into a competitive advantage.

Post election, the business landscape is stable, confidence is on the upswing and companies are actively looking for opportunities. If the UK's M&A market is strong, it's primed to get stronger. 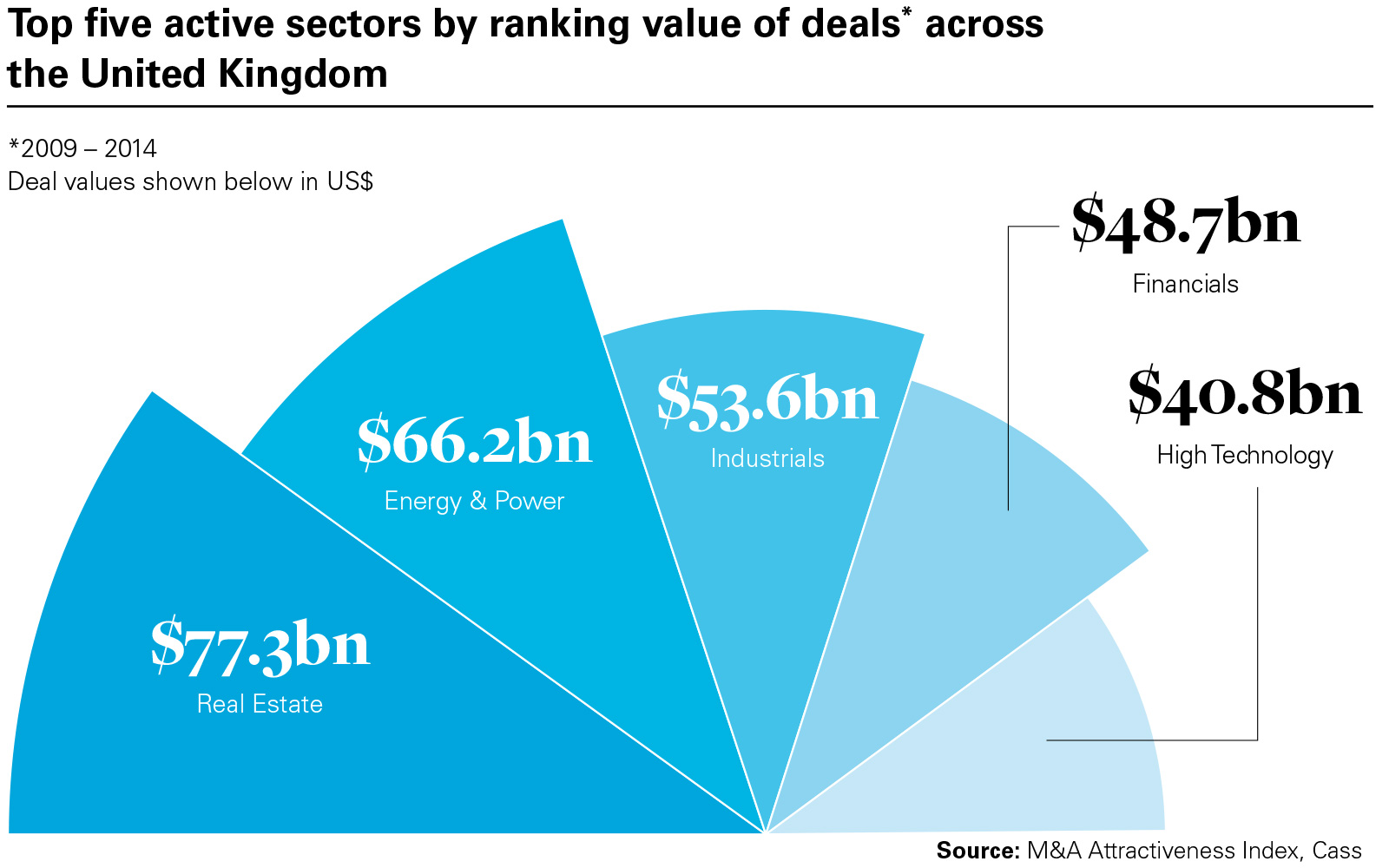