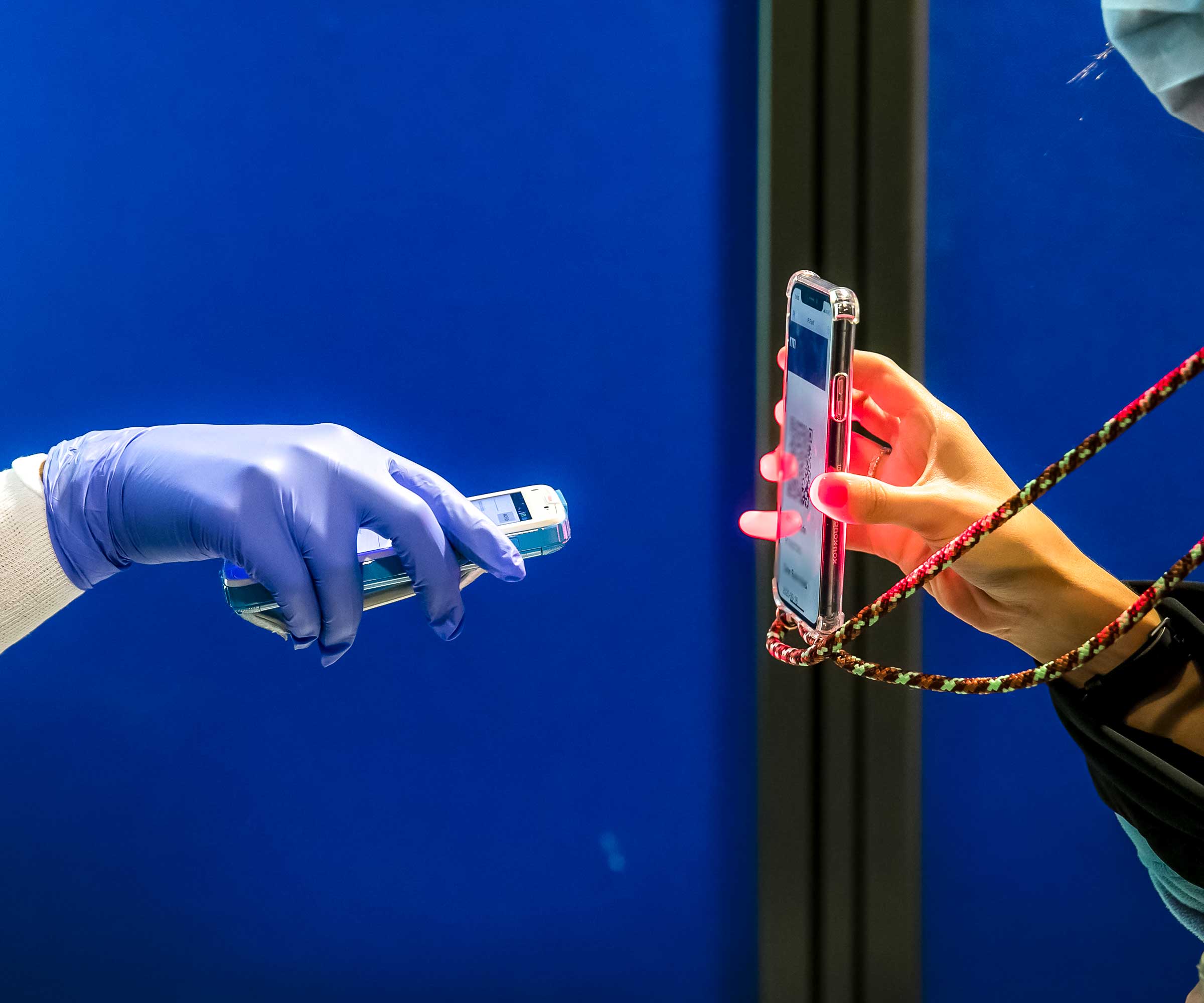 Prior to COVID-19 testing, a medic scans a traveler’s smartphone at Athens International Airport. © Bloomberg/GettyImages

Martha Lane Fox is an entrepreneur, philanthropist and Member of the House of Lords who has focused on the digital sector. She is also a Twitter board member. Lane Fox cofounded the travel deal website lastminute.com during the dotcom boom of the late 1990s. She was subsequently appointed to serve as digital champion for the United Kingdom. In that role, she helped launch the gov.uk portal and bring more UK citizens online. In January 2020, she spoke at a White & Case meeting in London, reflecting on her 20 years in the technology sector. We talked with Lane Fox after the event. An edited and condensed version of that conversation follows.

Q__As chair of the House of Lords COVID-19 Committee, what have you learned about how technology has affected us during the pandemic?

A__It’s really complex. On the one hand, it’s been pretty hardcore spending all day looking at Zoom, and there is all this neurological science saying you don’t see people’s faces properly so you don’t get the proper connection. And yet, would we have wanted to have none of these amazing tools to stay in touch? Probably not. In equal measure, people have said it’s been awful, that digital schooling has been a mess, that they lack a fast connection or don’t have a computer. So you get this mixed pattern. For me, the important thing is how we move forward making sure everybody has a robust connection, access to technology and the skills and understanding to use it. We have fast-forwarded into the next five years, and there isn’t going to be less technology so we need to make sure it’s equitable.

Q__How can we ensure technology develops in positive ways?

A__It’s important to ask some basic questions about what we’re doing. The first for me is always: When I look back in ten years’ time, will I feel proud I was working on this—is it meaningful and important? That’s an incredibly important question because technologists have such power in their hands. Second, have I got the right people in the room? We need a diverse range of people with different views. I’m talking about gender, ethnicity, social class, economic background and so on. A team of people that all look the same often isn’t able to see around corners and think about the unintended consequences of releasing a piece of software, or the unconscious biases within the data that populates it. And then finally, am I using the tools of the modern age in the right way to solve these problems? So not just all-digital, and not just all not-digital, but a kind of clever combination for the problem I’m trying to solve.

Q__Can we benefit from technologies that rely on data without compromising privacy?

A__We can. Take, for example, the COVID-19 tracking and tracing technologies that governments are deploying. You need privacy protections—the government has to put them in place. But you can anonymize data so it protects privacy but is still immensely useful and can take society forward by leaps and bounds. I know the UK test and trace app has had challenges, but I’m comfortable that using it involves providing limited, anonymized data for a specific purpose under a sunset clause. It’s important that we have a nuanced public debate about these issues. Otherwise, we are not going to be able to use technology to help move us forward, particularly at moments of crisis.

Q__When you spoke to White & Case early in the year, you said the climate crisis was the most important problem the technology sector should be working to solve. Is that still your view?

A__It is. We’re still deploying a lot of our resources, energy and strength to tackle COVID-19, which is clearly very problematic right now. But we have this massive climate challenge surrounding us and our planet. If you look at the percentage of venture capital money going to climate technology, it’s still too small. And if you look at where innovation is happening, I would argue that it’s not focused enough on climate technologies. We can make and achieve tangible goals to address the crisis, but only if we push innovation.