Mining & Metals: Opportunity & Risk – From bust to boom? Positioning for the future

Against varying levels of risk appetite in a newly segmented industry, balancing risk and portfolio management are two key challenges for all mining participants. Mining companies of all shapes and sizes are looking for ways to competitively position themselves for the next boom, despite the current testing times, as Rebecca Campbell, John Tivey and Anthony Elghossain of global law firm White & Case explain.

With an ongoing malaise in the mining and metals markets, industry participants have continued to anticipate, identify and respond to risks differently. Some participants have elected to retreat from emerging economies, downsize operations or restructure businesses; others have entered new markets and continued to grow – sometimes through the sorts of acquisitions that characterised the so-called Super Cycle of the first decade of this century.

Among those in pursuit of new opportunities, MMG Limited – a base metals mining company listed on the Hong Kong Stock Exchange with majority Chinese SOE ownership – recently acquired Las Bambas, an immense copper mine in Peru. Despite a depressed market and routine regulatory requirements, MMG acquired the massive mine because its managers have elected to look beyond the current turbulence to continue to pursue the goal of growth (and because, sometimes, opportunity is opportunity). "The circumstances of the sale were really unique," says Nick Myers, General Counsel for MMG. "It is rare that an asset like this would come up for sale. The project will be one of the top three copper-producing mines when it comes on stream. It was a transformational deal for our company."

One popular narrative attributes divergent practices to the way Western and Chinese companies differ in their approach to mining assets. Mirroring a broader perceived pattern, for instance, Chinese-owned or Chinese-supported ventures have become increasingly important in global mining and commodities business: their spending in the sector hit $53 billion last year alone.

Some are sceptical of such characterisations. "I would hesitate to make broad comparisons between Chinese and Western companies in their approach to mining," says Myers. "Each instance is different. I would not make a generalisation—it depends on individuals and people working together."

Indeed, MMG is a case in point. Listed on the Hong Kong Stock Exchange and counting China Minmetals as a major shareholder, MMG is nevertheless managed and staffed by people from around the world and from various mining backgrounds. It also has assets around the world: Africa, Australia and now Peru. "We have a close relation with our major shareholder China Minmetals," Myers notes, "and we are looking to work together and collaborate with them. We are trying to get the best of East and West."

Is the difference due, then, to the various sizes and scopes of enterprises in the mining and metals markets? After all, MMG is a mid-tier miner on the move. It has consciously entered into a "transformational" deal—a key part of its strategy to become a "top three, mid-tier producer." 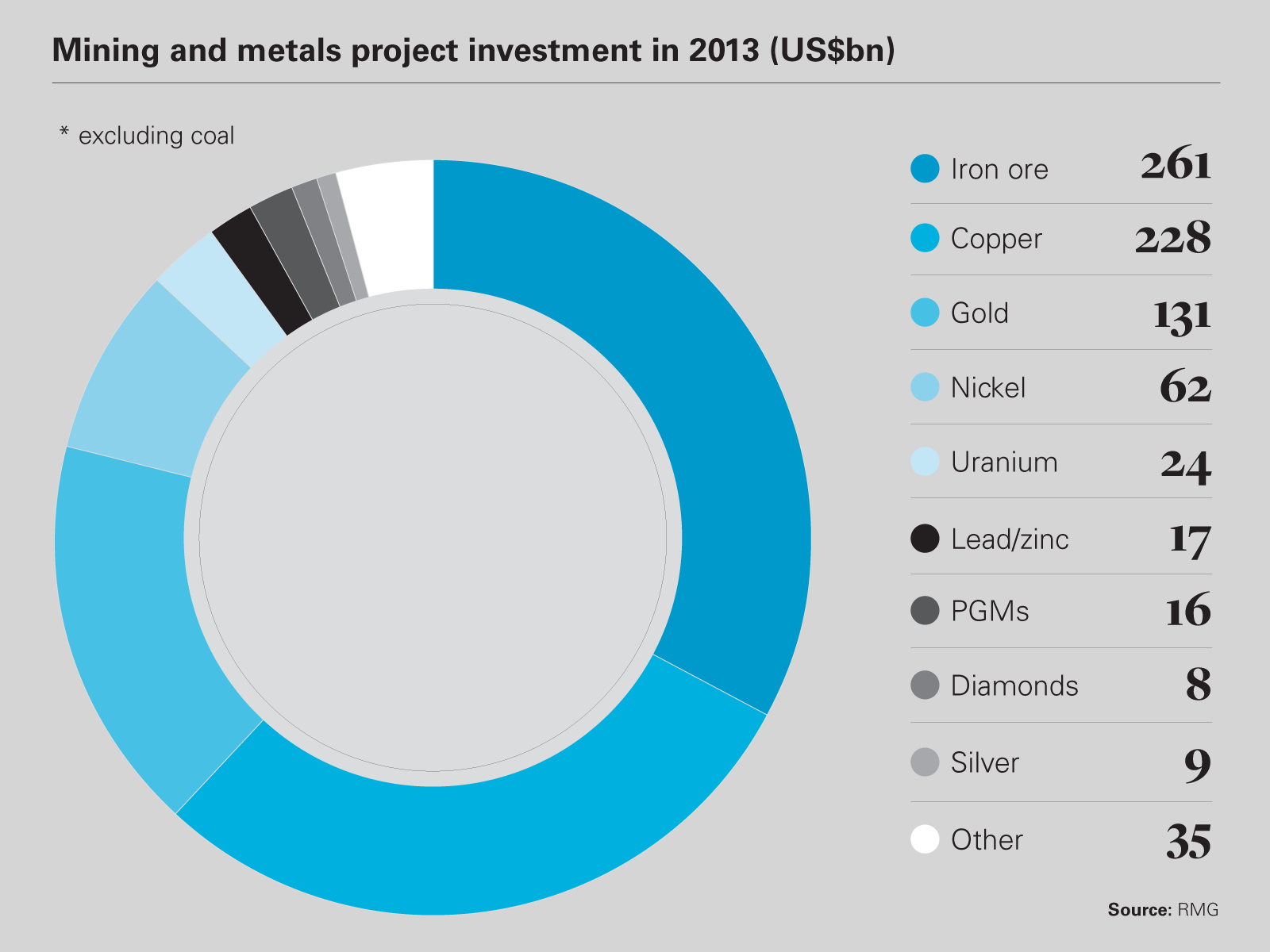 Meanwhile, the global giants have been a tad timid of late – or so goes the story: Anglo American, BHP Billiton, Glencore and Rio Tinto have thus far preserved their pre-eminence, but the era of big-ticket acquisitions and strident deal-making seems to have subsided.

That argument misses the mark, too. Market participants, including the majors, have diverged within – and across – their tiers and segments. Encouraged by the positive results of cost-cutting and recent realignments, some majors have adopted a leaner, more nimble approach to meet the challenges of the boom–bust cycle. BHP Billiton, for instance, recently announced that it intends to spin off some of its businesses – nickel, aluminium, diamond, manganese, lead, zinc and silver interests – into a new company. "The majors have had encouraging results in cost-cutting," says Carlos Urquiaga, head of structured mining debt for BNP Paribas in America, "in driving through synergies and improving operations."

Market participants have diverged within – and across – their tiers and segments: some have adopted a leaner, more nimble approach whereas others have pursued opportunities in new segments

Others have pursued opportunities in new segments – to complement existing enterprises and continue to grow their companies more generally. Glencore's interest in Rio Tinto demonstrates this contra-consensus approach quite clearly. To be sure, Glencore's bid for Rio Tinto is interesting in its own right: a global giant has attempted, and may again attempt, to acquire another major market participant – thereby entering the iron ore mining sector and positioning itself for the future, while others see iron ore as less lucrative in the near term.

Glencore's interest in Rio Tinto may also open up other possibilities: spin-offs during the prospective purchase, or unanticipated consolidations elsewhere in the market. (Indeed, the Las Bambas sale in part resulted from Glencore spin-offs to meet regulatory requirements in China.)

On balance, today's prospective purchasers are unlikely to simply stumble upon obvious candidates for acquisition in a depressed market and after a wave of consolidations, spin-offs and restructurings. "It is pretty rare that those assets come up for sale," says Myers. "We have not seen any comparable assets that have come up for sale in any of the restructurings that have gone on."

Bottom line, however: it's all about the perception – or assessment – of risks and rewards. Is the bust over? Is the next boom around the corner or decades down the line? Is it preferable to position for the future by streamlining a business, like BHP Billiton, or entering new markets and segments, as Glencore and MMG are attempting? Are these choices so stark or simple – or are they animated by shades of grey?

In any event, opportunities will persist. The consensus on copper, for instance, already seems far more positive than that surrounding coking coal. As prices plateau or recover, with variations from commodity to commodity, financial institutions, investors and miners will begin to emerge from austerity. Others may roll the dice, regardless of prevailing perceptions, if suitable opportunities emerge. Ultimately, as Urquiaga emphasises, "who you are is going to make a big difference in what you can do."

MMG may take another step forward, if and when circumstances merit a move. "It is our objective to be valued as one of the world's top mid-tier miners," Myers continues. "We are continuing to work towards that in a responsible and considered way. Our strategy is to focus on late-stage cash-generative projects that we can add value to on an operational front. But we are quite selective." If keen to acquire assets and raise their games, other mid-tier mining companies may be eager to engage too.

Some state-owned enterprises may continue to acquire assets for commercial or strategic reasons; others may favour alternative markets or relatively more conservative investments. And the majors – such as BHP Billiton ready to de-merge and a Glencore on the prowl – may continue to craft and implement different strategies to cope with common challenges and seize (what they each perceive as) opportunities.

Despite the bust, large corporations, smaller firms and state-owned entities alike – have begun to position themselves for recovery. Indeed, some companies may have been looking beyond the current turbulence all along. Global or local, Chinese or Western, risk-embracing or risk-averse, miners and other market participants will respond to risk – each according to their needs and ambitions – and reposition themselves for the future. 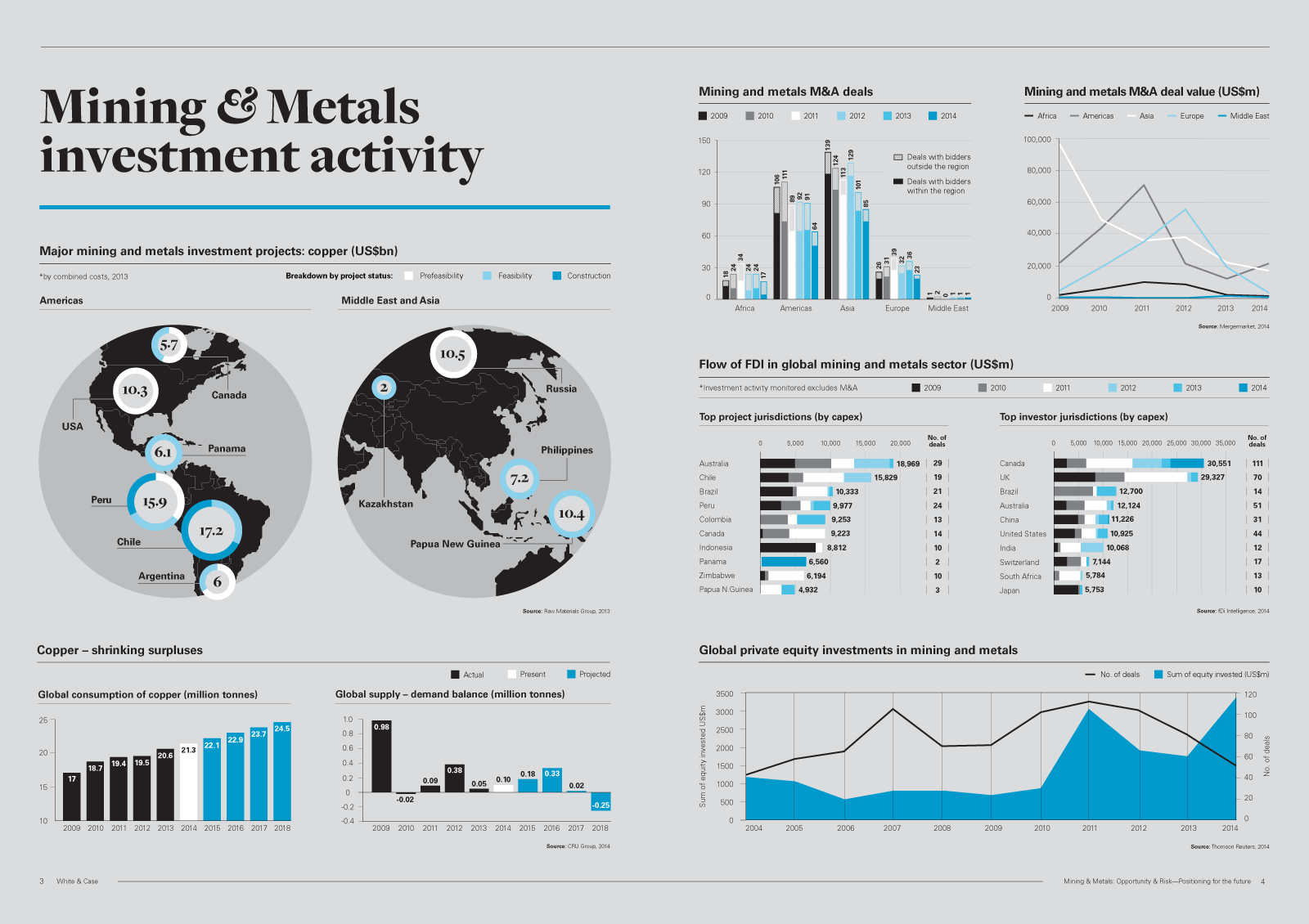