With international antitrust enforcements on the rise, how can South Korean companies ensure they don’t violate global competition laws?

Antitrust regulators around the world are becoming more aggressive and sophisticated in their investigation and enforcement activities, working in coordination across borders and imposing increasingly higher fines. South Korean companies are not exempt from this regulatory crackdown, and they need to be ready if faced with an investigation or enforcement.

“Fines imposed on companies can be particularly high in the European Union, and South Korean companies are no exception,” says White & Case partner Jacquelyn MacLennan. For instance, in 2014, two South Korean companies were found to be part of a cartel of 11 producers of underground and submarine high-voltage power cables that was fined a total of €302 million.

While traditional cartel behaviour remains the primary focus of investigation and enforcement, the scope of activities subject to scrutiny has expanded. “Alongside the growing number of successful leniency programs, antitrust enforcement itself is getting more sophisticated, and the specific business practices being targeted are expanding,” says White & Case partner John Chung. “As a result, more and more companies are finding themselves in the crosshairs of antitrust enforcement agencies and civil plaintiffs, even when their conduct falls short of traditional cartel activity.”

For example, many companies are walking a thin line of legality when exchanging information, as important and sensitive data regarding pricing, contracts, negotiations and customer requests and support go back and forth between them. While the mere exchange of information may not be considered an offense in the United States, in Europe it can be treated as collusion.

Given this expanded enforcement scope, what types of South Korean companies are most at risk? As the EC Commissioner Margrethe Vestager said at the end of 2014: “It should be clear that no industry, markets or company is immune from our scrutiny.” But South Korean companies involved in consumer goods, including component makers, shipping and financial services, are at particular risk, according to Chung. In addition to bilateral and multilateral exchanges of information, trade association activity, standard-setting organizations and rate-setting conduct can trigger scrutiny.

Antitrust enforcement has become more sophisticated, South Korean companies need to be prepared.  To forestall investigation and enforcement, “the first line of defense is compliance control on the ground”, Chung notes, “discussing it with and training those in the company who are most at risk of creating an antitrust violation. Effective compliance requires cultural awareness and acceptance of antitrust rules,” he adds.

For South Korean companies, “as antitrust enforcement has become more sophisticated, South Korean companies need to be prepared”, says Han Bok-yeun, an international trade professor at Korea National Open University. “The concept and overall outcome may seem very obvious, but there are so many possibilities where things can get worse very fast.”

Once a company thinks it may be the subject of an antitrust investigation—or already is—the most important thing is to mobilize quickly to ascertain what happened and then to coordinate a global strategy in light of the multiple jurisdictions where the alleged conduct may trigger liability, advises Chung.

Fast fact-finding—gathering records and finding knowledgeable individuals—is key to creating an effective strategy. Whether an antitrust violation occurred is not always clearcut— many activities fall within a grey area—and the activities in question may have occurred years ago. After fact-finding, a company can then consider all the options open to it, according to Song Eun-ji, a researcher at the Korea Development Institute on cartels and international trade. A sound global strategy must take into account different legal standards for certain kinds of conduct, different punitive measures (possible prison sentences for executives in the United States and high fines in the EU) and the ripple effects of taking certain positions on other jurisdictions.

One option may be to mount a vigorous defense tailored to the jurisdiction or jurisdictions involved. Another is to participate in a leniency program, which typically involves amnesty or immunity to the first informant of cartel activity, says Eun-ji. Antitrust investigations and enforcements will not go away for South Korean companies. As the EC Commissioner signaled, there will be no immediate end to the EU’s “war against cartels”.

And as Bill Baer, Assistant Attorney General in the US Department of Justice’s Antitrust Division, said in a speech at the Global Antitrust Enforcement Symposium in 2014: “The Supreme Court puts it succinctly, calling cartels ‘the supreme evil of antitrust.’ There is no more important work we do.” Given this enforcement environment, it is imperative for South Korean companies to be ready: to take proactive measures to lessen the risk that they will violate antitrust laws and to act quickly if they become the target of an antitrust investigation or enforcement action. 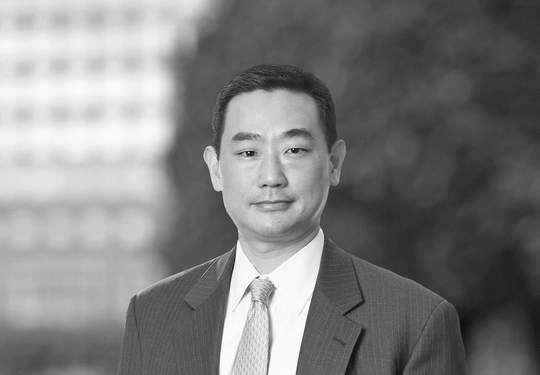