Internal investigations are becoming increasingly commonplace, but how do you cope when they become global in nature?

There has been a sustained rise in investigations and enforcement actions taken by regulatory authorities in the wake of the financial crisis. As companies try to get back on track, internal investigations have also become commonplace; when these are global in nature, they can get very complex.

For most organizations, individuals remain the greatest source of potential risk. When conscientious and compliant US multinationals get a sniff of any wrongdoing among their employees these days, they have a pretty good idea how to act. With so many highly publicized corporate scandals in recent years—from bribery to sabotage, accounting fraud, sexual harassment, antitrust collusion and beyond—strategies for conducting a best practice domestic US investigation have become well developed.

But when such internal investigations become cross-border, they may require  a significant retooling before US strategies can be applied.

“Companies are a lot more likely to investigate issues now than they may have been in the past,” says Daniel Fridman, a partner with White & Case in Miami, focused on criminal and civil enforcement cases.

“That’s been the case in the US for some time, but now this trend is evolving outside the US. In places like Latin America and Europe, traditionally, law enforcement investigated companies when necessary—companies really didn’t see the need to investigate themselves. That mindset has changed significantly since the financial crisis.”

Highly regulated industries are often ahead of the curve, wherever they reside, with the financial services sector particularly adept at cross-border investigations. Others are now getting up to speed, such as retail, manufacturing and information technology.

Many of the stages of an internal investigation remain the same regardless of the scale and scope, but more careful thought is needed when it involves more than one country. No multinational investigating illegality abroad wants to be accused of illegality itself in the way it goes about unraveling events.

If faced with a whistleblower alleging workplace wrongdoing, the first thing a business needs to do is decide whether the issue is one that can be handled internally, or whether there is a need for outside counsel.

If the accusations are criminal, a US multinational also needs to think about whether it needs to disclose the details to the Department of Justice or other enforcement agencies.

In some countries in Latin America, if you suggest to an employee that you are accusing them of misconduct or a crime, rather than just gathering evidence, the employee can refuse to cooperate
Daniel Fridman, partner, Miami

In order to run the investigation smoothly, it is vital to identify who the investigators are reporting to, whether that is an audit committee, general counsel, chief executive or compliance officer. The next step is to work out which employees are potentially involved, where all the necessary documents might be kept, and whether a document preservation memorandum is going to be required to stop the routine destruction of potentially significant material.

And so the process of gathering information begins: “Once you are dealing outside the US, you have to be very aware of local laws and customs in the places where you are either gathering documents or interviewing witnesses,” says Fridman. “Many countries have much stricter privacy and data protection laws,  where a lawyer could be committing a crime by taking documents out of the country and back to the United States for review, for example. Or it could be a violation, either civil or criminal, to read employees’ private emails, even if they are on company computers.”

Labor laws in many countries in Europe and Latin America afford employees more rights than they would have in the same situation in the United States. In the US, for example, a company can tell employees that if they do not cooperate with an investigation their employment may be terminated, but elsewhere that can open the company itself up to a lawsuit.

France is one jurisdiction that can present difficulties on both counts. Both France and Switzerland have implemented blocking statutes, for example, that seek to protect their companies and citizens in multinational investigations by preventing the transmission of evidence abroad unless certain procedural safeguards are met. The Swiss statute can be waived by the individuals concerned on certain conditions, but complying with the French one is much more difficult.

First, its scope is very broad, and second, failure to comply with the blocking statute may lead to criminal sanctions. As such, it can be tricky for a French company to cooperate with US authorities, unless the latter agree to apply the criminal or judicial international mutual assistance conventions already in place between the United States and France. They will also have to transmit their requests to French authorities, which would in turn notify the company, in accordance with French procedural rules.

Ludovic Malgrain is a partner in the white collar crime and regulatory group at White & Case in Paris. He says: “The two main issues for French companies are how to comply with the French blocking statute and preserve the rights of French individuals who are asked to participate in an investigation.”

Shaping an internal investigation framework therefore requires deep and thorough analysis of local legislation. It also requires some appreciation of cultural sensitivities: “In the US, people are much more accustomed to interviews that are confrontational and even accusatory,” says Fridman. “But in some countries in Latin America, if you suggest to an employee that you are accusing them of misconduct or a crime, rather than just gathering evidence, the employee can refuse to cooperate and may even have a potential civil claim for defamation against you.”

Local language is another factor, and experts advise using interpreters to conduct interviews wherever possible, simply to ease the flow of conversation and better facilitate the building of trust. Similarly, documents should be reviewed in their original language rather than in translated form to avoid overlooking nuances.

Fridman gives an example of one Latin American investigation into earnings manipulation, where the word ofsetear was used in the company’s Spanish documentation. The term is not actually a real word in Spanish, but was being used to refer to “offsetting,” where revenues were being pushed into next year’s earnings in order to offset future losses: “Once we figured out that term, we were able to do searches using that word and figure out exactly what was going on,” says Fridman.

Where an internal cross-border investigation is being carried out in cooperation with US enforcement agencies, it can be difficult to explain local legislation.

“The main point is to explain to the authorities what the local laws are that have to be preserved in such a context of cooperation,” says Malgrain. “In each country you have local laws to take into consideration, including right to privacy, the rights of employees or data protection rights—which, for US authorities in particular, can be very unfamiliar. Moreover, the company may have put in place internal regulations which then have to be closely and rigorously followed. For example, employees may have to be informed before their professional email account can be reviewed or emails collected.

US authorities might believe a company is  trying to avoid disclosing the facts when they’re simply complying with local laws, so that has to be handled sensitively
Ludovic Malgrain, partner, Paris

“As a consequence, US authorities might believe a company is  trying to avoid disclosing the facts when they’re simply complying with local laws, so that has to be handled sensitively.”

Malgrain says interviews with individuals under investigation in France can also be difficult to handle: “It is important to preserve the rights of all the individuals concerned, and it can be difficult to manage. We have to explain that they have the right not to cooperate, but it is in the interests of the company,  their employer and their duty of loyalty as an employee, to cooperate with the company. Under some circumstances, the company may decide to provide them with the assistance of personal lawyers.”

Well-managed communications are critical to an effective investigation. These start ahead of the investigation framework, with a clear and robust compliance program that is disseminated and understood across the business and that takes into account specific local risks.

Fostering the right compliance culture, embraced by all levels of leadership and management, is essential. Companies are made up of human beings, and sometimes those individuals do things they should not. Regulators do not expect businesses to be perfect all the time, but they do expect them to do their best to foster an ethical culture and, when allegations of misbehavior come to light, to investigate thoroughly. That requires deep cross-border insight these days.

Fridman concludes that local legislation never makes a proper investigation impossible: “I have never had a situation where you can’t work within the local legal framework by modifying your approach,” he says.

“The biggest mistake you can make is ignoring local legal constraints and running roughshod over cultural sensitivities.” 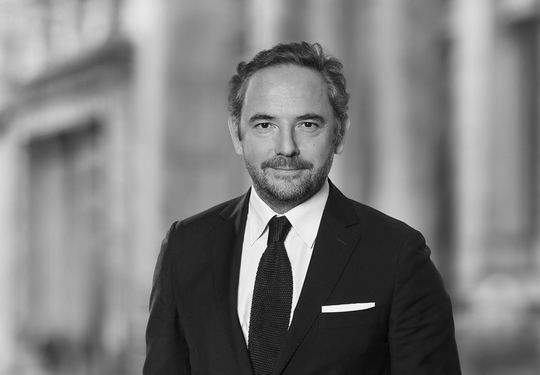