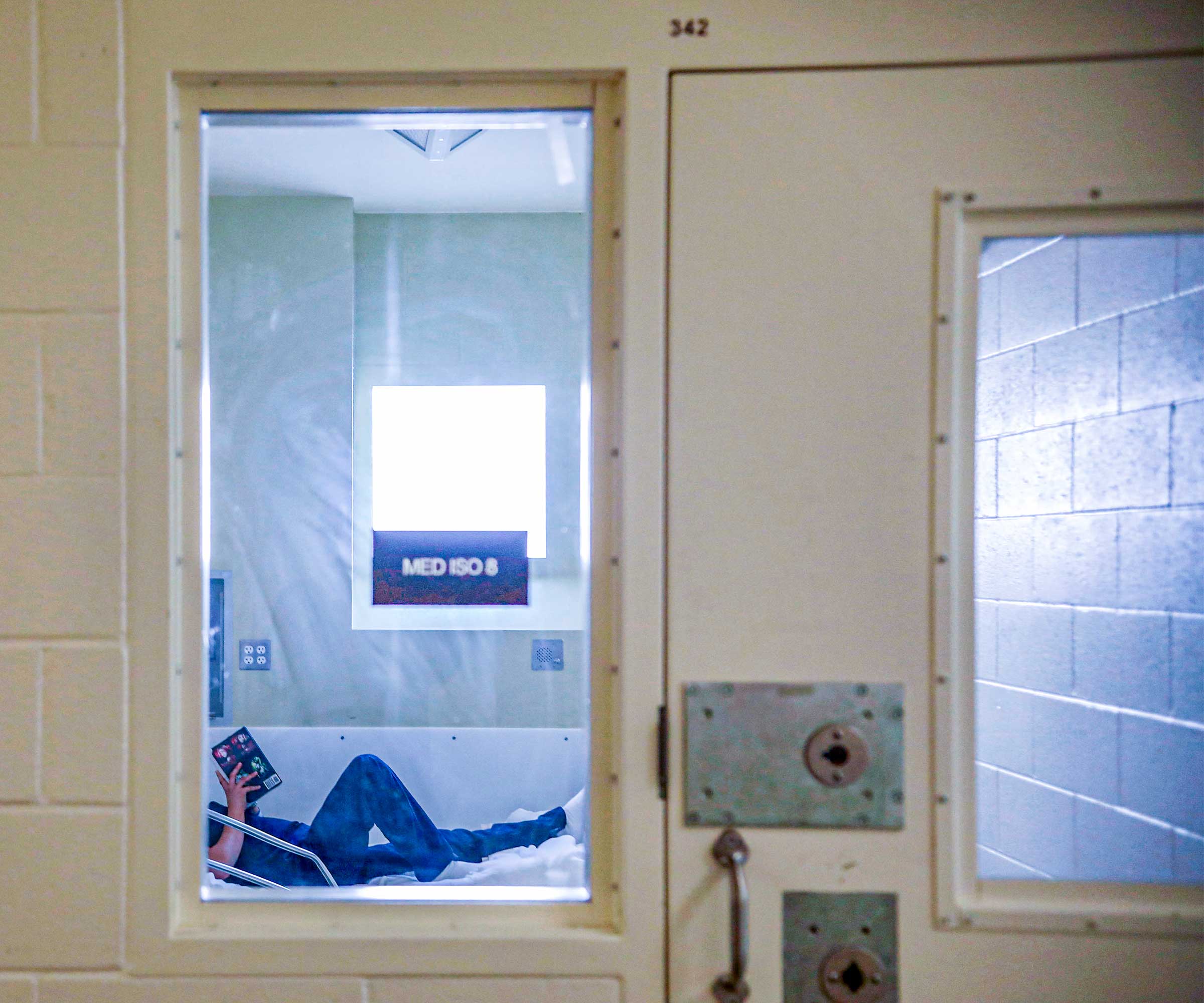 An inmate in the infirmary of a women's prison in California. © Sandy Huffaker/AFP via Getty Images

Helping women prisoners get the support they need during COVID-19

With widespread community transmission of COVID-19 globally, the spread of the disease in prisons is an important concern. By nature, prisons present particular risks due to overcrowding and other restrictions. Prisoners also tend to suffer from poorer health, including conditions that may predispose them to COVID-19, and they suffer from high rates of substance dependency and mental illness. However, it wasn’t clear whether early COVID-19 policies for prisoners were taking the specific needs of women prisoners into account, as is required by international law.

The Cyrus R. Vance Center for International Justice Women in Prison Initiative—which convenes rights advocates from the Americas, Africa and Asia to share information, build capacity for monitoring and reporting on conditions in women’s prisons and give female prisoners a voice—launched a research project to better understand how women in prisons across the Global South (Latin America, Africa and Asia) were being affected by COVID-19.

A small population with unique needs

“The women prison population is relatively small, and there’s a lack of data focused on these women, which means that policies designed to meet their needs can be lacking. Collecting and understanding these data during the pandemic would amplify the voices of women prisoners and their advocates,” said Marie-Claude Jean-Baptiste, Programs Director at the Vance Center.

A team of 64 partners, associates and legal staff from 14 of our offices, overseen by partner James Holden in London, helped the Vance Center analyze the research from 23 countries and provided initial recommendations on best practices.

“This project was launched at the beginning of the global health crisis, with our findings submitted in May,” said James. “At the time there was massive uncertainty, and we knew very little about the disease, so our goal was to ensure that governments and prison authorities were thinking about early responses and ensuring that women in prison, many of whom are particularly vulnerable, were not being left behind.”

Policies were found to need tailoring for women

The project aimed to use data to assess in what ways the impact on women was different or more severe. “The research confirmed that a lot of governments’ policies around COVID-19 in prisons were gender-blind, not taking the specific vulnerabilities of women into account. One reason is most likely the lack of data needed to make the right decisions for women prisoners,” added Marie-Claude.

For example, many prisons implemented restrictions such as limiting external contact and healthcare services. But reduced contact with the outside world has a disproportionately negative impact on women prisoners, many of whom are mothers of young children and for whom anxiety and mental health concerns are therefore exacerbated under these conditions. While some prisons facilitated electronic communications, in some countries this resource was not as widely available for women as it was for men, often due to women’s prisons being smaller and less well equipped.

With the research in hand, advocates working with the Women in Prison Initiative had concrete data on what was happening in other countries and possible best practices, providing a tool for their own work and amplifying the voices of women prisoners. Public letters were issued to the African Commission on Human and Peoples’ Rights and the Inter-American Commission on Human Rights, calling on them to ensure their member states were considering the needs of women in prison and to make provisions for women with specific health requirements like pregnancy. The work has also been widely published, providing useful insights and data for other organizations around the world.

“There is no doubt that you need a differentiated approach when considering policies for women and men in prison,” added Marie-Claude Jean-Baptiste. “International law makes this clear, and now we need to create the data. Our previous work, for example, has shown the difference to the community when a woman is incarcerated versus a man. We know that women in prison are more likely to suffer from certain health conditions and that the majority have a history of abuse, which means their mental health needs are more significant. It isn’t surprising that the impact of COVID-19 would be different for women prisoners too.”

Read other articles in
A viral response

A duty to care

Helping the IFRC care for volunteers stricken by COVID-19