The spotlight that has been shone on Ferguson's practices has already led to reforms. People are beginning to feel they are less likely to get arrested for minor offenses and stuck behind bars unfairly.
Sonia Murphy, counsel, Washington, DC

Successfully championed as a personal cause by Charles Dickens in 19th-century England, de facto debtors' prisons persist today in the US. At its simplest, some municipalities are jailing individuals for minor infringements, such as unpaid parking or speeding fines. For the poorest, these fines can be impossible to pay and jail time means they are unable to work or serve as caregivers.

It is also illegal. In 1983, the US Supreme Court ruled that if people are too poor to pay a fine, jailing them violates the law.

Ferguson, Missouri was already the focus of intense international media attention following a fatal police shooting and clashes between protesters and authorities when it came to light that the city is also imprisoning impoverished debtors. Working with the ArchCity Defenders, St. Louis University School of Law and Civil Rights Corps, our lawyers have brought a class action suit against the City of Ferguson on behalf of the debtors.

Sonia Murphy, counsel in our Washington, DC office who has spearheaded the work, explains, "It was awful to learn of people being held in jail for days, without access to legal advice and instead threatened, abused and left to languish in confinement at the mercy of local officials. We have reviewed arrest records and paperwork going back to 2010, and the numbers of people we're dealing with are astonishing."

While attempts at settlement are ongoing, there is already a noticeable difference for the people of Ferguson. Says Sonia, "The spotlight that has been shone on Ferguson's practices has already led to reforms. People are beginning to feel they are less likely to get arrested for minor offenses and stuck behind bars unfairly." The work is being led by Sonia and partners Andrew Tomback and Francis Vasquez, along with a large group of highly committed associates, law clerks and legal assistants.

Last year, we represented a client who has served eight years in solitary confinement at Red Onion State Prison in Virginia and is facing a total of 31 years in solitary. This year, counsel Charles Moore and associate Maxwell Hyman, both in our Washington, DC office, argued two separate appeals before the US Court of Appeals for the Fourth Circuit on the inmate’s behalf. These two suits challenged the conditions of the inmate’s confinement, the adequacy of the medical care provided at Red Onion State Prison, and the prison’s procedures for deciding which inmates can leave solitary confinement to rejoin the general prison population. Our position was supported by dozens of amici curiae, including experts on the psychological and physiological effects of long-term solitary confinement, some of whom have been cited by the US Supreme Court for their work in the field. The Fourth Circuit affirmed in one case but has yet to render a decision in the other.

Following oral argument on both appeals, we are partnering with the Roderick and Solange MacArthur Justice Center and the American Civil Liberties Union of Virginia to investigate conditions at Red Onion with an eye towards bringing a test case to the Supreme Court that challenges long-term solitary confinement practices. 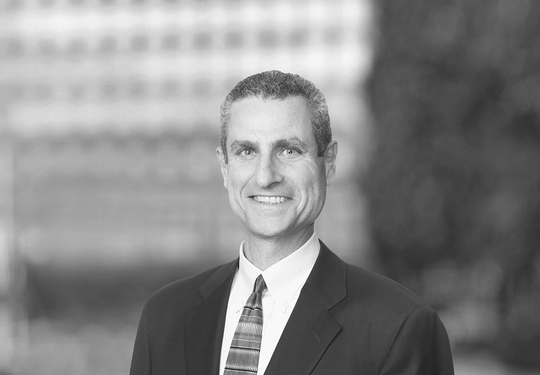