White & Case Partner Joshua Siaw MBE (London) has been named, for the seventh consecutive year, one of Britain's most influential people of African or African Caribbean heritage by the prestigious annual Powerlist publication.

Powerlist 2022 profiles the top 100 most influential Black people in Britain, selected by an independent panel of judges and chosen because of their "ability to positively alter events and change lives as demonstrated over a reasonable period of time," according to Powerlist publisher Powerful Media.

A partner in White & Case's Global Debt Finance Practice and director of the Firm's Africa practice, Siaw advises corporations, governments, banks and other financial institutions on cross-border project development and finance transactions in Africa. This year, Josh was appointed to the UK Government's Africa Green Growth Advisory Council, and to the Advisory Council of Her Majesty the Queen's Green Canopy Initiative. 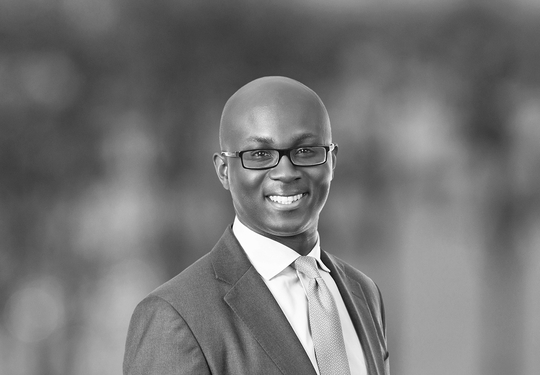