Abby Wambach on imposter syndrome, demanding what you deserve, and requiring the support of men 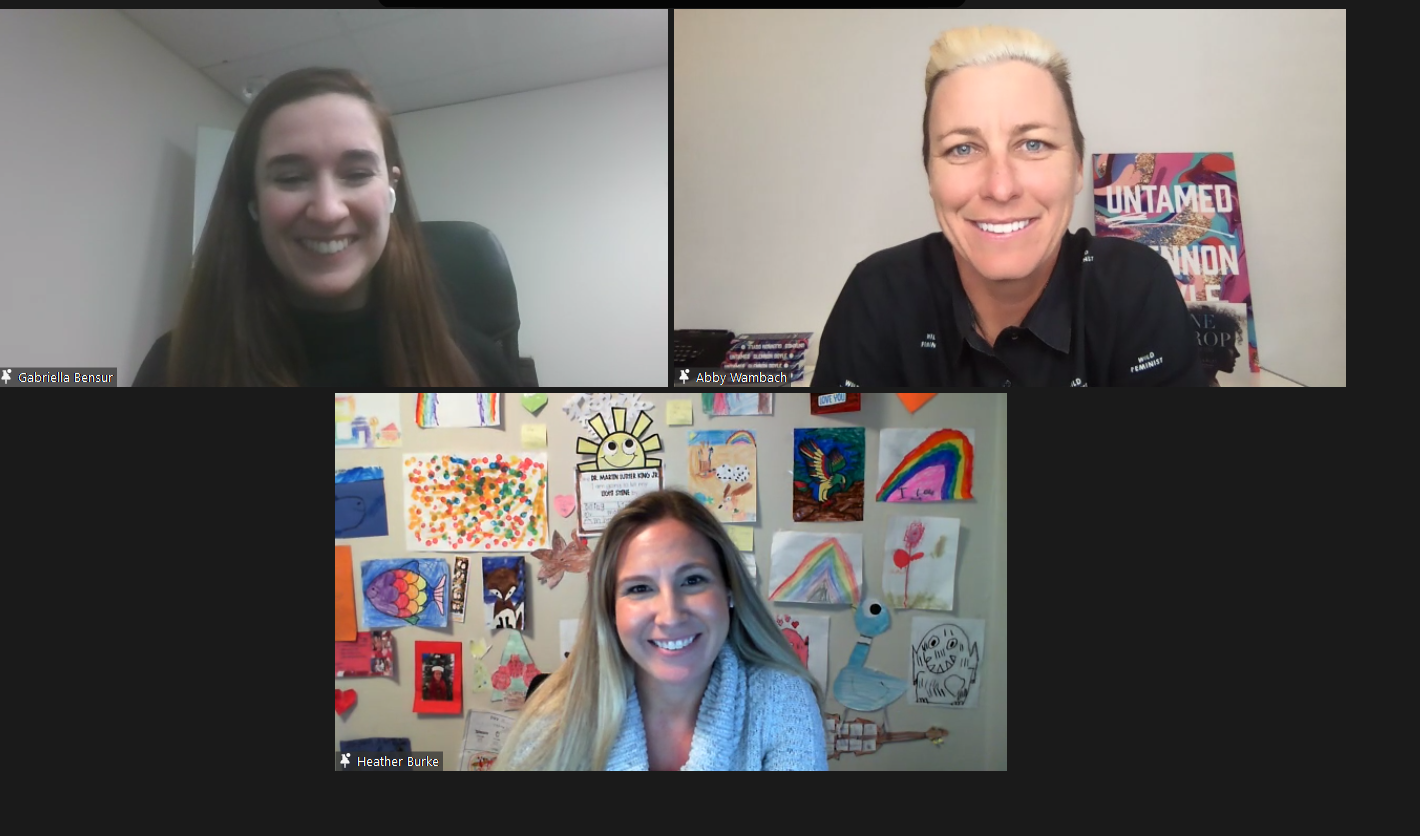 "One thing that resonated with me was the feeling you described in your memoir, Forward, of being a "fraud," – not living up to your public persona. And there's a whole slew of literature out there about "imposter syndrome" – the feeling that you don't belong, that you're not good enough," said Heather Burke.

"This will come as a surprise to some of the men on the call – gratitude is often the only emotion women are allowed to feel," said Abby. "I find myself being like "do I deserve the life that I have?" and it is because the world has been telling us that we are less than men, by law we were literally less human than our male counterparts."

Abby shared a personal experience where, after receiving the ESPY Icon Award, along with fellow retiring champions, the NBA’s Kobe Bryant and the NFL's Peyton Manning - who were both millionaires discussing their retirement investment options - she was thinking of how she would pay her mortgage that month and afford healthcare.

"I want to be grateful every day for everything I have, but I have to practice demanding what I deserve…So I am going around and demanding more, not just for myself but for all women," she said.

This year, the theme for International Women's Day is "Choose to Challenge," a campaign focused on the idea that we can all choose to challenge and call out gender bias and inequality. Throughout Abby's career, she has been a strong advocate for an array of social issues and has overcome significant pressures to continue her advocacy.

Responding to a question on how we can each find our voice to choose to challenge the status quo and fight for gender equality, Abby said, "The only thing that has ever gotten real change is pointing out bad behaviour and saying "that's wrong". That's it. And getting comfortable with that is not easy – but if I don't say something, then nothing will ever change."

"We need to start creating environments where those who aren't men but who are marginalised can say what they need to, and can be protected like men would be," said Abby. "We don't need men's help. We need men's support. They're very different.

"But women have been turning themselves into pretzels trying to fit themselves into spaces that were created for and by men… women are the only ones that are being asked to change. We haven't asked men to do anything, why is that? Why is it our problem to fix? Why aren't men doing more for this conversation and for the equality of all human beings?"

"More change happens when the very people who are creating the injustice are the ones who are fighting for the marginalized. And men are absolutely a part of this solution. They have to be, because they're the ones that have the power."

Closing the session, Heather said, "It takes a collective voice. It is not one person standing up and saying "I want more for myself", it is not about taking chairs away, but about building a bigger table. It is about making sure that we are being more inclusive for all."

This Women's History Month, we are celebrating the achievements of women, highlighting the inequality women face around the world, and sharing how we can address this inequality.