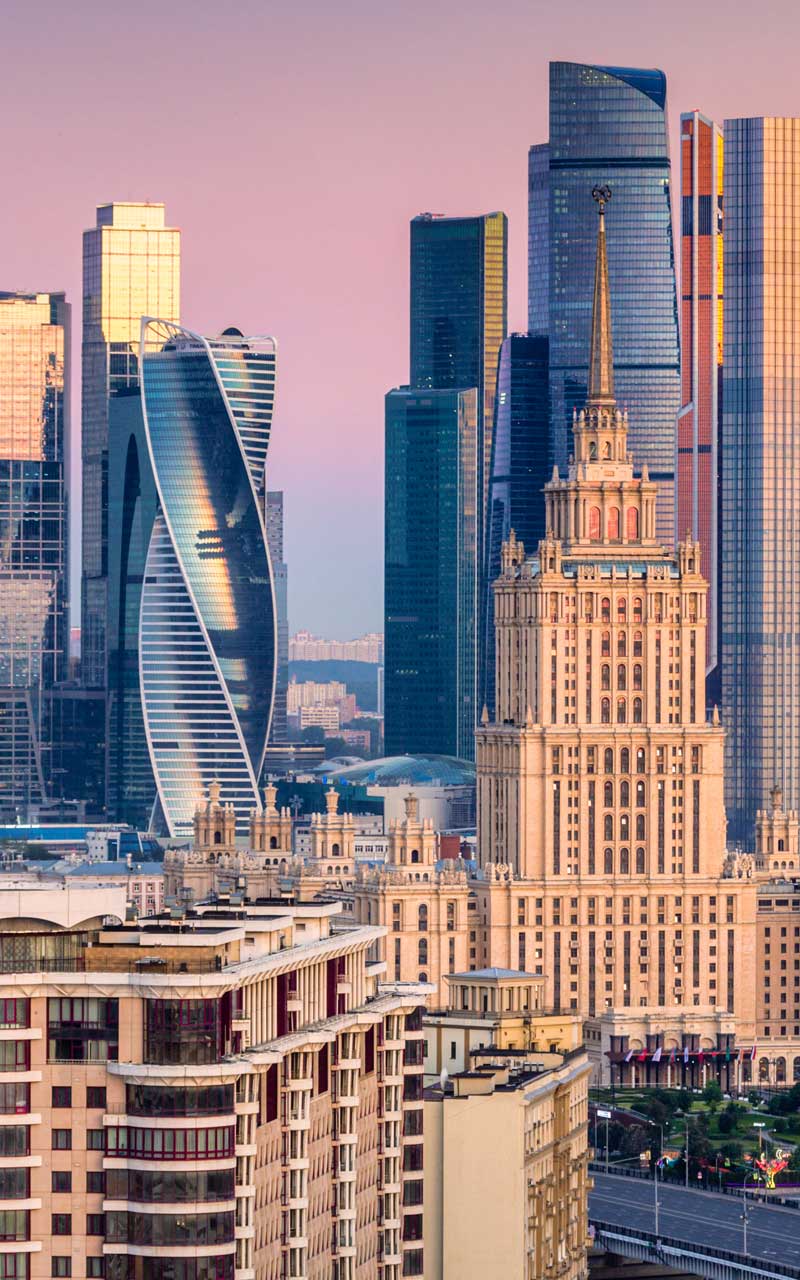 After careful consideration, we have decided to close our Moscow office. Read our full statement here.

The Russian market demands reliable and knowledgeable lawyers who understand the constantly evolving landscape. Our lawyers not only offer this vital base of knowledge to our clients but, even more importantly, provide pragmatic commercial insight gained from almost a quarter of a century of hands-on experience in the region.

Our lawyers are qualified to practice law in Russia, England and Wales and the United States. This unique combination of Russian and internationally qualified lawyers on the ground in Moscow allows us to provide integrated advice for all of our clients' needs.

Our lawyers pay special attention to understanding the commercial objectives of our clients, and we help them reach those objectives in the most efficient and effective manner.

In the course of our work, we provide advice on the issues at hand and strive to gain insight into our clients' prospective business goals, incorporating them into the overall picture. Our aim is to build long-term partnerships based on adaptability and attention to our clients' needs—not a quick profit from one-off deals.

To serve the best interests of our clients, our lawyers act in close cooperation with our other offices throughout the world, combining the Firm’s global cross-practice and industry-specific experience with deep knowledge of local law.

Further, we have been a long-time supporter of legal education in Russia. We collaborate with leading universities to produce partner-led seminars, a hands-on summer internship program for university students and sponsorship of the Jessup program in Russia.

Corporate Firm of the Year in Russia
IFLR Europe Awards 2021

#1 for International Arbitration in Russia
The Legal 500 2021

SIBUR Holding
Representation of SIBUR Holding, major Russian petrochemical giant, (i) in connection with US$ multi-billion acquisition and merger with TAIF Group, creating a petrochemical giant valued at US$27 billion and making SIBUR the world’s top five polymer producer. The deal was awarded "Deal of the Year 2021" by Forbes Russia and Kommersant; (ii) in connection with disposal of a 40 percent interest in Amur Gas Chemical Complex (Amur GCC) (US$10 billion project) to China Petroleum & Chemical Corporation (Sinopec), China's leading energy and chemical company, within the JV deal.

Amur GCC
Representation of sponsors in connection with the multi-billion dollar hybrid financing (involving major European ECAs) of construction of the Amur Gas Chemical Complex (Amur GCC) in the Russian Far East, one of the world's largest and most advanced polymer production facilities.

European Medical Center
Representation of Citigroup Global Markets Limited, J.P. Morgan AG and VTB Capital plc acting as joint global coordinators and joint bookrunners on the US$500 million initial public offering of United Medical Group CY PLC, Russia’s leading multidisciplinary premium-class healthcare services provider operating under the European Medical Center brand, on the Moscow Exchange. This transaction is the first to be conducted under the new Russian legislative framework, which provides issuers with flexibility in listing GDRs only on a Russian stock exchange, without a primary listing on a foreign venue.

Ivi.ru
Representation of a leading Russian online video streaming service IVI on a landmark financing from Alfa-Bank, one of the major Russian banks. The deal is a benchmark in the rapidly growing Russian video services market. IVI was the first online service to attract external financing instead of using its own equity funds.

Yandex
Representation of Yandex, a leading technology company, on its acquisition of rights to an approximately four hectare plot of land situated at Kosygina Street in Moscow for the development of its new headquarters. The deal was recognized as "Best property deal in CEE" at Project Finance Awards 2018, organized by EMEA Finance magazine.