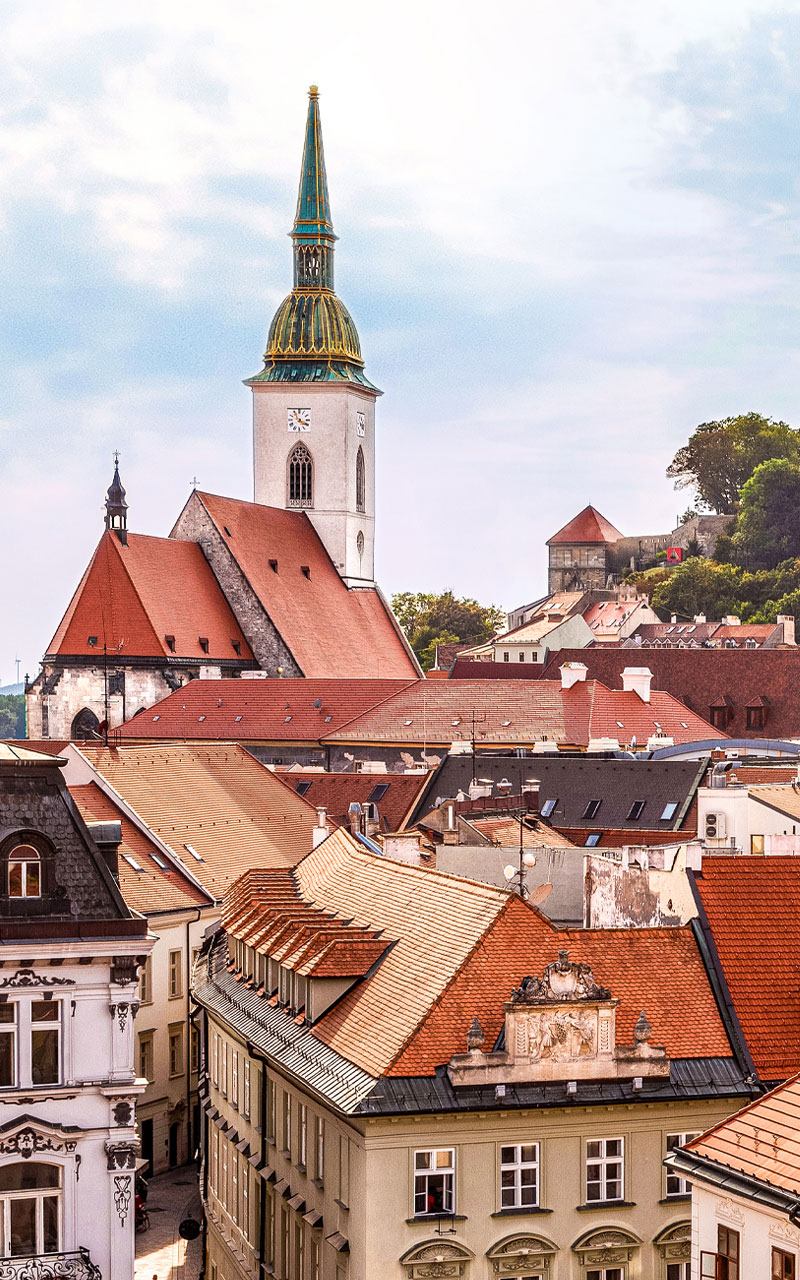 White & Case has been advising clients doing business in Slovakia for more than two decades. Through our exclusive alliance with Slovak law firm Aldertree legal s.r.o. based in Bratislava and led by former White & Case partner Juraj Fuska, we are able to navigate our clients through their most complex multijurisdictional and local business challenges involving Slovakia or in connection with Slovak law.

Through our exclusive alliance with Aldertree legal s.r.o., we provide both Slovak and international legal capabilities and can harness the resources of a truly global firm. We assist clients on a broad range of legal matters, including complex corporate and financial transactions with cross-border aspects. We have been involved in some of the largest and most sophisticated transactions in the Slovak Republic related to acquisitions, financing and capital markets.

Wood & Company's €450 million acquisition of AUPARK Bratislava
Advised Wood & Company, a.s., the leading investment bank focused on European Emerging markets, on its acquisition in a joint-venture with Tatra Asset Management, správ. spol., a. s. of a majority stake in AUPARK a.s. from Unibail-Rodamco-Westfield, a leading global developer and operator of premium retail assets. AUPARK a.s. owns the Aupark Bratislava shopping centre, a well-known shopping destination in Bratislava. The €450 million deal is the largest ever real estate acquisition in the Slovak market to date.

Tatra banka's first green bond issuance
Advised BNP Paribas, Landesbank Baden-Württemberg and Raiffeisen Bank International AG as Joint Lead Managers and Banco de Sabadell, S.A. as Co-Manager on the issuance of €300 million Green and MREL Eligible Fixed to Floating rate Notes of Tatra banka, a.s. due 2028, which are admitted to trading on the Bratislava Stock Exchange. This was the first ever green bonds issuance of notes in the Slovak Republic as well as the first publicly syndicated senior ESG MREL bond in CEE.

Jaguar Land Rover's €1.5 billion investment in a strategic park
Represented the Ministry of Economy of the Slovak Republic and MH Invest, s.r.o. in the preparation, arrangement, negotiation and implementation of the contemplated €1.5 billion investment of Jaguar Land Rover in a strategic park in Nitra. We have assisted on all aspects of this greenfield investments (encompassing both the Jaguar Land Rover project and the Nitra Strategic Park project, both assigned as strategic investments by law) including state aid, investment agreement, land acquisition, land purchase agreement with the investor, procurement, infrastructure development, permitting and licensing, etc.

PPP construction of Bratislava D4 highway and R7 expressway
Represented the Slovak Republic's Ministry of Transport, Construction and Regional Development in the procurement and contracting of a public-private partnership (PPP) project to design, construct, operate and maintain sections of the D4 highway and R7 expressway. This transaction was awarded 'PPP Deal of the Year 2016' by Project Finance International.

Development of the National Football Stadium
Represented NFŠ, a.s. and Tehelné, a.s. in connection with the development of the National Football Stadium in Bratislava and its potential subsequent sale to the Slovak Republic. Our work has included assistance with the transaction structuring, preparation of the transaction documentation and negotiation with the Slovak Government on the terms of the sale.