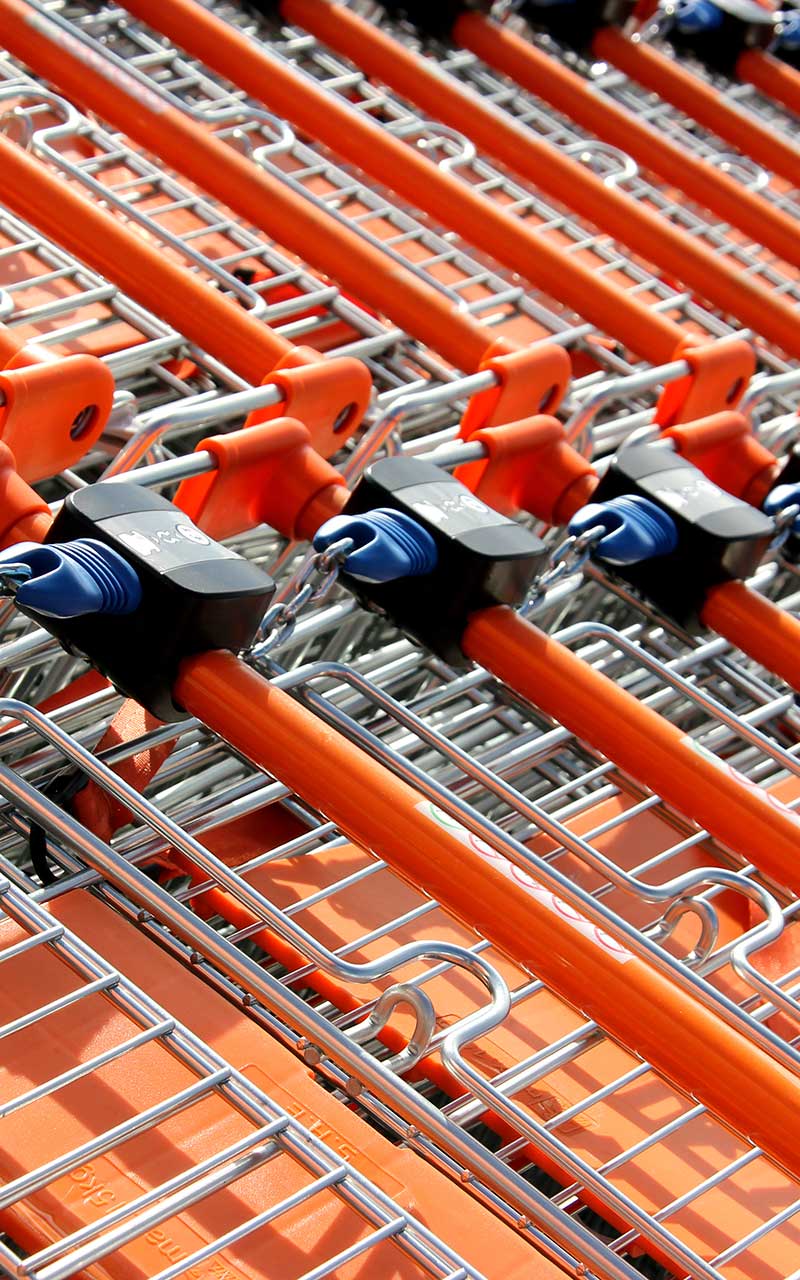 We provide consumer products companies with the guidance and advice needed to navigate the challenging terrain of global markets. We advise some of the world's leading retailers and manufacturers on issues that cross the spectrum of business law, from mergers and acquisitions, antitrust, disputes, intellectual property and brand management, tax, financings, and other cross-border issues. We offer deep industry knowledge, a global perspective and on-the-ground local insight. Our ability to handle complex multijurisdictional matters gives our clients assurance as they work to succeed across both emerging and mature markets.

In addition, we offer significant experience in product labeling, safety and compliance issues in individual countries and regions. We assist clients in devising and implementing global compliance and legislative approaches. This ensures that products conform to necessary requirements across all markets, reducing compliance costs. And, when product issues arise, we assist clients in developing and implementing effective remedies, including appropriately tailored product recalls.

View all lawyers in Consumer Products

White & Case is the only law firm to have achieved across the regions of  the US, EMEA and Asia simultaneously, according to Mergermarket M&A League Tables H1 2016.

Ahold and USF multi-district class action litigation
We represented US Foodservice (USF) and Royal Ahold in a very significant multi-district class action litigation brought in a number of jurisdictions on behalf of USF's cost-plus customers. The MDL panel has transferred the case, as USF requested, to the United States District Court for the District of Connecticut. The cases allege breaches of contract and violations of the Racketeer Influenced and Corrupt Organizations (RICO) Act with respect to USF's receipt of promotional allowances from suppliers and certain entities that purchased products on USF’s behalf. The case represents a challenge not just to USF, but to the foodservice industry's practice as a whole.

We also advised on the HR issues arising from the transfer of HOD employees and managed trademark and licensing arrangements arising from the sale, as some trademarks were retained by our client and others transferred to the new owners of the HOD business.

Nestlé acquisition of Chinese confectionery producer
We advised Nestlé S.A. on its US$1.7 billion acquisition of 60 percent of Hsu Fu Chi, a Singapore-listed leading manufacturer and distributor of confectionery products in China, and on its joint venture with the Hsu family, who retained a 40 percent interest in Hsu Fu Chi. This was the first deal of this size in the food and beverage sector to be approved by China's antitrust authority and remains one of the largest foreign acquisitions of a Chinese business ever carried out.

This transaction was also the first Cayman law-governed scheme of arrangement to be implemented on the SGX-ST and involved several complex layers of law across various countries.

Nespresso
We represented Nespresso, the coffee maker and coffee machine distributor in negotiated procedures before the French Competition Authority (FCA). Over time, Nespresso products have become so popular that many major competitors prefer to sell Nespresso-compatible capsules rather than developing their own. Antitrust teams from Paris and Brussels have been advising Nespresso before the FCA and on the competition law aspects of litigation in several European countries, which primarily pits Nespresso against its key competitors, Sara Lee now DE Master Blenders 1753 (DEMB), Mondeléz and the Ethical Coffee Company ("ECC").

DEMB and ECC had complained to the FCA in 2010, accusing Nespresso of abusing its dominant position by discouraging consumers from using compatible capsules in Nespresso machines. The FCA issued its final decision, closing the case without a penalty and with no acknowledgement of liability.

Toshiba Corporation, 2014
In November 2014, we achieved a significant victory for Toshiba in the ongoing multi billion dollar TFT-LCD (Flat Panel) litigations. The Seventh Circuit affirmed a district court ruling under the Foreign Trade Antitrust Improvements Act of 1982 (FTAIA) dismissing 99 percent of Motorola's Sherman Act claims. The appeals court concluded that the purchases of Motorola's foreign subsidiaries could not give rise to a Sherman Act antitrust claim. Motorola's request for rehearing en banc was denied.

Toshiba Corporation, 2013
We represented Toshiba Corporation in a high-profile US private antitrust jury trial involving allegations of price-fixing in the LCD industry, brought by opt-out claimant Best Buy in the Northern District of California. Best Buy alleged damages of nearly US$800 million, which put Toshiba’s potential exposure at more than US$2 billion after mandatory trebling.

Our lawyers used a combination of innovative arguments to demonstrate that Best Buy losses were negligible. Importantly, this case had both federal and state claims and was being held in federal court. In 2013, after a six-week trial, the jury completely exonerated Toshiba, finding that it did not participate in the price-fixing conspiracy of LCD panels, and therefore was not liable for damages.

We also represent Toshiba Corporation in their ongoing defense against class action and opt-out private antitrust cases involving allegations of price-fixing in the CRT industry. Collectively, plaintiffs in these cases seek billions of dollars in damages for their purchases of televisions and computer monitors.

These cases present novel questions of law concerning the reach of the US antitrust laws, a topic that is increasingly important to consumer product manufacturers, regardless of where they are located.

Gerber Products Company, 2014
We represented Gerber Products Company ("Gerber") and Nestlé USA (NUSA) in a putative nationwide class action suit, alleging unlawful, deceptive, and misbranded labelling of baby food products. Plaintiff asserted claims for violation of California's Unfair Competition Law, False Advertising Law and its Consumer Legal Remedies Act. Plaintiff also asserted claims under the Magnuson-Moss Warranty Act, the Song-Beverly Consumer Warranty Act, and for unjust enrichment. The court dismissed all claims against NUSA, all but the consumer protection claims against Gerber and narrowed the products at issue. In January 2014, the court denied the plaintiff's motion for class certification in favor of our client.

Grupo Bimbo antitrust work, 2014 and 2012
We advised Grupo Bimbo on antitrust issues in connection with its several acquisitions in the three largest baked goods transactions over the last decade in the United States (Sara Lee, 2012) and Canada (Canada Bread, 2014). 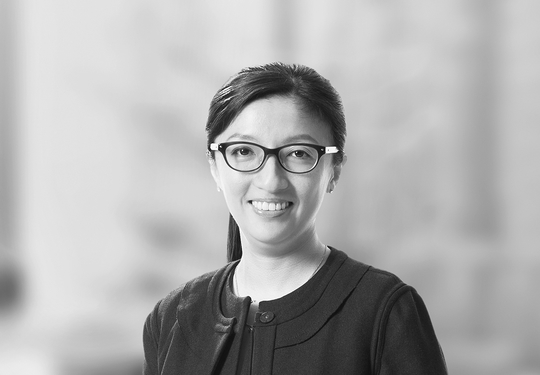 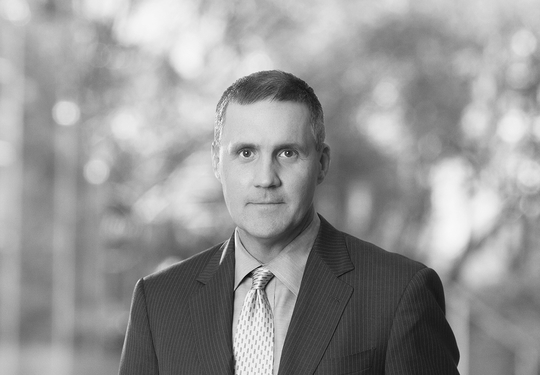