In the Media
Bloomberg Law

Editor's Note: Any views expressed in this publication are strictly those of the authors and should not be attributed in any way to White & Case LLP. White & Case means the international legal practice comprising White & Case LLP, a New York State registered limited liability partnership, White & Case LLP, a limited liability partnership incorporated under English law and all other affiliated partnerships, companies and entities. This article is prepared for the general information of interested persons. It is not, and does not attempt to be, comprehensive in nature. Due to the general nature of its content, it should not be regarded as legal advice.

Empowered by technology that continues to grow at an exponential rate, automotive and tech companies around the world are racing to bring autonomous vehicles to the road. In this race, companies face the challenge of balancing the large amounts of data saved every second on an AV with the pressing public need for increased safety on our roads.

As companies around the world gear up to make AVs safer, they will have to consider whether to collaborate to help create and meet safety standards, and whether they can do so while also protecting the data stemming from the AV. To navigate this precarious tension, AV companies can draw from the airline industry to make safety strides while also guarding their private data.

Self-Driving Cars and the AV Race

Over the last few years, car companies, tech giants, and the media have prepared the public for the arrival of self-driving cars—the transportation of the future. But, with the pervasiveness of self-parking, lane assist, and radar cruise control, some would argue semi-autonomous cars are already here. By way of background, what, exactly, is a self-driving car?

The commercial cars available for purchase today are highly automated vehicles, often with adaptive cruise control and autopilot abilities. On the other hand, a self-driving, fully autonomous vehicle—an AV—can operate entirely without a driver. However, AVs need other ways to "see" and "talk" to function safely on roads. One way to facilitate communication between AVs is through a vehicle-to-vehicle communication system, where AVs can share data such as speed, location, and direction with other AVs to prevent crashes and reduce traffic.

There is hardly any dispute that sharing data to prevent automobile accidents is a laudable public policy goal. However, nearly every leading technology and auto company is in the race hoping to win part of this nascent market that could potentially become a $7 trillion industry. There is no doubt the stakes are high. With so much on the line, these corporate players are hesitant to give away their data and technology for free. In light of the massive expenditures and profit potential, some companies are adopting strict policies and complicated procedures to protect this valuable data.

Roads are dangerous: the World Health Organization estimates that globally, 1.3 million people die in car accidents annually, with about 37,000 coming from America. An additional 20-50 million people are injured each year in such crashes. While tragic, these figures highlight AVs' potential, especially since, according to a 2016 report by the National Highway Traffic Safety Administration, human error is involved in a staggering 94% of vehicle crashes.

If properly designed and constructed, AVs could substantially reduce these figures: one study estimates that AV use could save 585,000 lives in a 10-year period, and an optimistic report by McKinsey & Co. proposed that AVs could reduce traffic fatalities by 90%. However, public confidence dropped in 2018 when a self-driving Uber struck and killed a pedestrian in Arizona. The accident was a brutal reminder of the still-unsolved safety problems with AV technology.

Recently, self-driving automakers have partnered with competitors to improve and homogenize safety features, leading to some powerhouse alliances.

Teaming Up on Safety Standards

GM, Ford, Toyota, and SAE International, a professional association of automotive engineers, announced that they formed the Automated Vehicle Safety Consortium with hopes to collectively determine new safety policies for AVs, develop safe testing guidelines, and find the best way to share data across the industry. Mercedes and BMW are also teaming up in the AV sector, and Ford and Volkswagen are collaborating on AV manufacturing. Ford additionally called on all AV manufacturers to share ideas for setting industry standards to promote public confidence and influence regulations. SAE International is already formulating such standards for AV emergency protocols, button placements, and warning types.

Beyond working together to achieve safety targets and earn consumer trust, cooperation may also be necessary to meet still-developing AV regulations. While the federal government has been largely hands-off, local governments may not be as passive: since 2012, 41 states and D.C. have considered AV legislation, and some cities are already taking regulatory steps. It is not yet clear what these regulations will entail but AVs will eventually have to comply with federal, state, and local standards. A unified effort could make it easier to meet these standards, alleviate consumer skepticism, and encourage earlier adoption of the new technology

To develop safe and effective AV technology, the cars need to experience a wide variety of routes, road conditions, signs, weather situations, human interactions with vehicles, and more in order to properly "learn" the correct way to react. This process could require driving billions of miles before an AV is able to safely maneuver roads. The prospect of different AV systems interacting with each other on the road further complicates the situation as these vehicles will need to engage in V2V communication.

If every AV manufacturer designs a competing system instead of working together to design and implement standard technology, the V2V system will be less efficient in getting safe AVs on the road. The V2V system will allow AVs to quickly analyze and understand much more information, expediting the time needed to learn how to respond to various conditions. If AV companies can't or won't share data between their cars, the entire industry will lag, see lesser returns, and risk public safety while each individual car logs billions of learning miles.

Whether via experience or a V2V system, AVs collect data on much more than just driving conditions. They will also collect and store data on where riders go, when they go, how many people they go with, and what type of rider goes where. This data, much like the data on what entertainment we watch, is valuable and other companies are willing to pay for it. This can be an indispensable asset, and the idea of freely sharing this data with competitors would give any company pause.

Some companies are beginning to share the data their AV cars collect, but sorting out shareable data from a company's proprietary data can be challenging, especially given the massive amount of data each car could collect and share in a day.

Although some have advocated ditching competition entirely—perhaps drawing inspiration from China's approach to the AV race—sharing data and sacrificing competition on safety alone seems more realistic (in light of corporate desire to maximize profits) and more amenable to American antitrust laws. Thus, AV companies should continue to compete on other fronts such as price, availability, and rider experience while sharing ideas and data for safety purposes.

The key to creating profitable and publicly accepted AVs will be balancing the desire to protect proprietary information on riders with the need to share data for safety purposes. To effectively collaborate on safety while still meeting individual competitive goals, AV companies can look to the airline industry for inspiration.

To prevent catastrophe, different airlines work together by communicating through a central hub—air traffic control— which allows competing airlines to share vital information to coordinate routes, landings, and departures, making planes a much safer means of transportation than driving. Air traffic control centers bridge the gap between competitors so they can share what's needed without completely opening themselves up to the competition. Airlines can keep valuable business information private while working together for the overall benefit of the industry and the public.

In this vein, the AV industry could benefit from employing its own central hub through a third-party or various local governmental bodies. Like air traffic control, this central system could serve as both a bridge and filter for the flow of information between AVs of competing companies. For example, the hub could share information gathered on accidents, traffic jams, pot holes, car movement, and more while preventing transfer of consumer data.

AV companies can also draw from the airline industry's decision not to compete on safety. In the automobile industry, competitors tout their yearly safety awards and crash-test ratings, but for air travel, safety is approached as an industry standard. Rather than branch out on their own, the competing airlines work together to develop and meet critical safety targets. This collaborative approach is just starting to be used by the budding AV industry, and is a step in the right direction.

The self-driving cars of the future will never become a commercial reality if the public doesn't see them as a safe alternative to driving. To get AVs on the road, companies need to find the balance between sharing information for safety purposes and protecting their proprietary data and inventions. It seems tech and auto companies are willing to collaborate and exchange ideas for forming AV industry safety standards. But it's also clear they are not yet willing to openly share valuable data, trade secrets, or potentially patentable ideas, even though such open sharing could get safer and more trustworthy AVs on the roads sooner.

These companies should not compete on safety, but should instead collaborate on safety. Former Fiat Chrysler chief executive Sergio Marchionne said it is "nonsensical" to spend billions of dollars developing competing yet largely identical AV systems when cooperation would allow companies to share the risk and cost of bringing AVs to market.

However, the bottom line is that while automakers announce collaborations and commitments to safety, when the rubber hits the road, these competitors might not be willing to lose the $7 trillion AV race. Automakers could borrow from the highly automated airline industry to share safety data while protecting private information. A central control hub for gathering and sharing road data could prevent congestion and accidents, but only if everyone wants to win the AV race as a team. 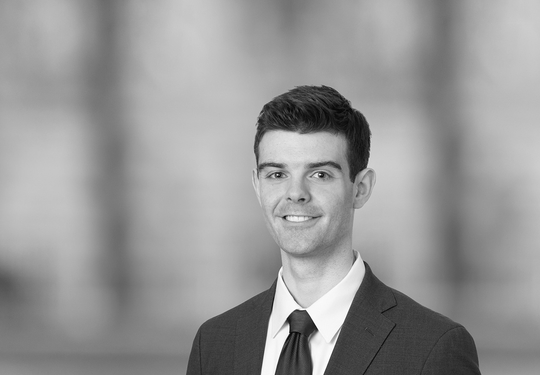