Alexandre Jaurett heads the Paris Employment, Compensation & Benefits team. He specializes in all aspects of contentious and non-contentious employment and benefits matter.

With particular expertise in the cross-border restructurings and employment aspects of both mergers and acquisitions and LBO transactions, he represents a broad list of French and international clients.

Alexandre advises clients in relation to employment contracts, remuneration schemes, dismissals, secondment and expatriation of employees. He provides further counsel on key executives, discrimination law and all matters relating to the relationship between employers and works councils. On the litigation side, he represents his clients before civil, labor and criminal courts, with a particular focus on collective litigation.

Clients also benefit from his expertise in relation to the negotiation of collective agreements, the setting up of employee representative bodies, the closing down of worksites, collective redundancies, outsourcing, transfers of business and collective litigations.

Alexandre has expertise in the setting up of employee benefit plans (share schemes, profit sharing, and pensions) for international corporations, in particular French and US listed companies.

Alexandre notably advised the Coface Group on the employee share offering in 20 countries in the frame of its initial public offering on the regulated market of Euronext Paris. Natixis, Coface's shareholder, initiated the IPO and the offering amounted to approximately €832 million. Coface is a worldwide leader in credit insurance, with a direct presence in 67 countries and employing 4,400 people.

Other recent examples of Alexandre's work advising on employment aspects relating to initial public offering on the regulated market of Euronext Paris include SPIE and SMCP.

Alexandre is a member of Avo|sial (Association of French employment lawyers) and he lectures at University of Paris II Panthéon-Assas on the role and rights of works councils in French companies.

Verallia (2019)
Advised Verallia, world's third-largest manufacturer of glass containers for food and beverages and an Apollo portfolio company, on its €978 million initial public offering (IPO) on Euronext Paris. It is the largest IPO on Euronext Paris since 2017.

Cdiscount (2019)
Advised Cdiscount, subsidiairy of Casino Group, in connection with the creation of IMN platform.

Clariant (2019)
Advised Clariant AG, one of the world's leading speciality chemical companies, in connection with the sale of its subsidiary Healthcare Packaging International AG to Polaris Buyer LLC, a newly-formed affiliate of Arsenal Capital Partners, which is a leading New York based private equity firm.

Conforama (2019)
Advised Steinhoff Group's main creditors on the employment aspects of the financial restructuring of its subsidiary Conforama, through a €316 million two-tranche bond issue.

SES-imagotag (2017)
Representation of SES-imagotag, a specialist in digital solutions for retail commerce and global leader in smart digital labels, on the labour aspects of a proposed partnership and transfer of a majority stake to BOE Technology Group for approximately €410 million.

Eurazeo (2017)
Representation of Eurazeo, one of the largest European listed investment companies, on the employment aspects of the acquisition from Mondelez International of certain assets in the confectionery products business, including a portfolio of local heritage confectionary brands (Poulain, Carambar, Krema, La Pie Qui Chante and Terry's - 5 plants located in France), and in the creation of a new independent group, CPK Group.

Ingenico Group (2017)
Representation of Ingenico Group, the global leader in seamless payments, on the employment aspects of its €1.5 billion acquisition of Bambora, a fast-growing global player in the payments industry, from private equity firm Nordic Capital.

BC Partners (2017)
Representation of BC Partners on the employment aspects of the acquisition of 100% of the securities issued by Promontoria MCS Holding, the holding company of the MCS group, from certain affiliates of Cerberus Capital Management, L.P. and certain managers of the MCS group.

Nestlé (2015)
Representation of Nestlé SA, the world's leading nutrition, health and wellness company headquartered in Switzerland, on the French law employment aspects of the sale of its pet care accessories and rawhides business in France, Italy, Spain to Bob Martin, the UK's leading brand name for pet healthcare.

Faurecia (2015)
Representation of Faurecia, one of the world's largest automotive equipment suppliers, on the French law employment aspects of the proposed sale of its Automotive Exteriors business to Plastic Omnium, for a transaction worth €665 million (based on enterprise value).

Cobepa (2015)
Representation of Cobepa, the Belgium-based private equity firm on the French law employment aspects of the acquisition of the French company Exclusive Networks, Europe's leading independent value-added distributor (VAD) for the EMEA region, specialising in the marketing of solutions for businesses in the areas of cybersecurity, data centres and associated value-added services. It was awarded "Private Equity Deal of the Year in France" by Le Magazine des Affaires in 2015.

BNP Paribas (2015)
Representation of Arval, a fully owned subsidiary of BNP Paribas specializing in full service vehicle leasing, in connection with the French law employment aspects of the acquisition of GE Capital's European fleet management activity. The scope of this acquisition covers more than 160 000 vehicles in 12 European countries, the vehicles assets amount to €2.4bn.

BC Partners (2014)
Representation of BC Partners, in connection with the employment aspects of its sale of Spotless Group to Henkel AG. The Paris-based deal was supported by the Firm's lawyers in New York and London.

Katara Hospitality (2014)
Representations of Katara Hospitality, the Qatar-based global owner, developer and operator of hotels, on the employment aspects of the acquisition of the InterContinental Carlton in Cannes.

ABB Group (2014)
Representation of ABB Group, the leading power and automation technology group, on the employment aspects of the divestment of its ABB Full Service business to Nordic Capital Fund VIII. ABB Full Service is the leader in industrial maintenance outsourcing services in Europe.

Coface's IPO (2014)
Representation of Coface Group on the employee share offering in 20 countries in the frame of its initial public offering on the regulated market of Euronext Paris. The IPO was initiated by Natixis, Coface's shareholder, and the offering amounted to approximately €832 million. Coface is a worldwide leader in credit insurance, with a direct presence in 67 countries and employing 4,400 people.

Financière Quick (2014)
Representation of Financière Quick S.A.S., a leading European fast food restaurant chain active in France, Belgium and Luxembourg, in its successful debut high yield offering of €440 million senior secured floating rate notes due 2019 and €155 million unsecured floating rate notes due 2019. The transaction's structure represented a first in the French market and the proceeds from the notes were used to repay existing debts to third parties, the shareholders of Financière Quick S.A.S and its consolidated subsidiaries.

Mr Bricolage (2014)
Representation of the third largest DIY retailer in France, Mr Bricolage SA, on labor and employment aspects with relation to its potential acquisition by Kingfisher plc, the British parent company of fellow French DIY retailers Castorama and Brico Dépôt, as well as B&Q in the UK.

Nacco Group (2014)
Representation of Nacco Group, one of the largest independent full service railcar lessors in Europe, on its reorganization, with a particular focus on social issues. Nacco Group has been sold to CIT Group, a global leader in transportation finance, an acquisition that represents CIT's first investment in a European rail franchise.

BC Partners (2013)
Representation of BC Partners, in connection with its acquisition of Allflex, a leader in animal identification, from Electra Partners. The Paris-based deal was supported by the Firm's lawyers in New York and London.

Cobepa (2013)
Representation of Cobepa, a Belgian investment company, on its acquisition of Group Socotec from Qualium Investissement. It was the first large-scale Leveraged Buy Out (LBO) in France of 2013 and the second LBO of the group Socotec. Cobepa, a global provider of risk management and performance enhancement in the fields of quality, security, health and environment, has a workforce of 5,000 people.

The publication of the Macron ordinances 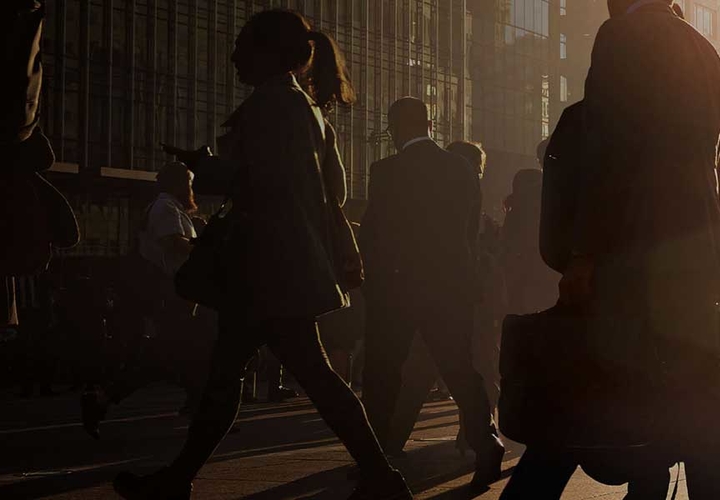