“Derin Altan has a wide-ranging practice which covers both debt and equity capital markets. Clients describe him as “detail-oriented, knowledgeable and very commercial” and laud his “ability to build bridges between parties.”
Chambers & Partners 2020 – Turkey

Derin speaks regularly at industry conferences and seminars relating to equity and debt capital markets as well as financing and M&A transactions of public companies. Derin also appears as a guest lecturer in universities and industry groups. He was a member of the audit board in the Corporate Governance Association of Turkey between 2012 and 2013, and he currently is a member of the board of directors of the Association of Capital Markets Professionals.

Hepsiburada.com in its US$780 million IPO (including green-shoe) on Nasdaq. This landmark transaction marks several market firsts: first IPO by a Turkish company on Nasdaq, largest Turkish tech IPO in history and a largest Turkish IPO in over a decade.

Ülker Bisküvi Sanayi A.Ş. as the Issuer on the offering of US$650 million 6.95% debut Eurobond issuance due 2025. The Issuer is Turkey's leading confectionery manufacturing company and is a global player with exports to more than 100 countries, manufacturing activities in Turkey, Kingdom of Saudi Arabia, Egypt and Kazakhstan, and strategic investments in iconic confectionery manufacturers such as Godiva and McVitie's. Bank of America Merrill Lynch and J.P. Morgan acted as Global Coordinators and Bookrunners, HSBC acted as a Joint Lead Manager, and Rabobank and Renaissance Capital acted as Co-Managers.

UBS and Bank of America Securities, as joint bookrunners, in the issuance of amortizing senior secured US$370 million project bonds under Rule 144A / Regulation S due 2036 by LimakPort. This ground-breaking transaction achieves several firsts: first marketed project bond in Turkey, first project bond by a Turkish company, first Turkish corporate bond with a sustainability-linked coupon, one of the first bonds from EMEA offered into the US / under 144A with a sustainability-linked coupon and first ESG-linked corporate bond in Turkey.

Zorlu Yenilenebilir Enerji A.Ş. (Zorlu Renewables), as the issuer in its US$300 million issuance of 9.00 per cent Senior Secured Notes due 2026. Bank of America acted as the bookrunner. Zorlu Renewables is one of Turkey's leading independent renewable energy producers.

Pegasus Airlines, Turkey's leading low-cost carrier, on its US$375 million debut Eurobonds issuance due in 2026, where BofA Securities and Goldman Sachs International acted as global coordinators and bookrunners.

Başkent Doğalgaz Dağıtım Gayrimenkul Yatırım A.Ş., one of Turkey's largest natural gas distributors, in its IPO under Rule 144A and Reg S, where Ünlü and Yapı Kredi Bank acted as bookrunners.

Enerjisa, a leading Turkish energy distribution and retail company, in its US$352 million initial public offering and listing on Borsa Istanbul.

U.N. Ro-Ro in its proposed initial public offering and listing on Borsa Istanbul.

Goldman Sachs International, Merrill Lynch International and İş Yatırım Menkul Değerler A.Ş. on the US$288 million initial public offering and listing on Borsa Istanbul of Mavi Giyim Sanayi ve Ticaret A.Ş. It was the largest IPO in Turkey since 2010.

IHH Healthcare Berhad in relation to matters with Turkish law, in its Rule 144A / Regulation S offering and dual listing in the main markets of Malaysia and Singapore exchanges.

Derin frequently publishes in journals, newspapers and magazines mostly on matters relating to capital markets. He has been involved in more than a dozen of publications published in peer-reviewed academic journals in law and economics. His first book on initial public offerings is due to be published by the end of 2021.

"He is always accessible, easy to communicate with and highly solution-oriented."
Chambers & Partners – Turkey 2021 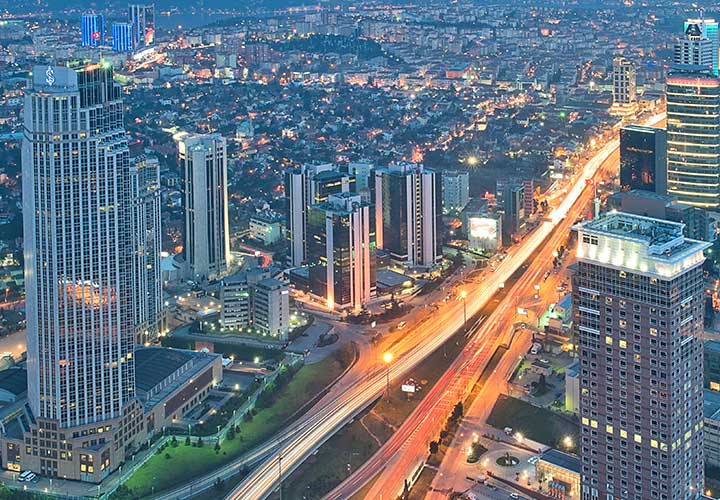 Beginning of an era of Turkish bank capital securities
Turkish Sovereign Wealth Fund: what you need to know
Employment matters
view all