Michael Shepherd’s practice is focused on business reorganization and restructuring matters, including the representation of debtors in possession, creditors committees, equity security holders and institutional creditors.

He offers clients the benefit of his significant experience in this field, representing institutional creditors and bondholders, as well as strategic investors and acquirers of distressed assets. Tenacious in his defense of his clients' interests, Michael has also developed a strong track record of representing troubled companies as debtors in possession.

Combining broad sector knowledge with a deep understanding of insolvency matters, Michael is an essential asset for clients faced with the most challenging of bankruptcy proceedings. He demonstrated these talents while acting as counsel to the Ad Hoc Group of Lenders to Hercules Offshore, Inc., in their successful defense of the debtors' lender-devised chapter 11 plan, and Centaur Gaming and its affiliates, in their successful chapter 11 reorganization. Michael's skill at guiding clients through the legal intricacies of multijurisdictional deals was also showcased during his representation of Daimler AG and its subsidiaries in connection with the global restructuring of Takata Corporation, of Global Safety Textiles in its complex cross-border restructuring, and of BTA Bank in its chapter 15 proceeding.

Acosta, Inc., 2019
Representation of two of four members of the ad hoc group of consenting cross-over holders of unsecured bonds and secured term loans, and who were the lead sponsors of the company’s prepackaged plan in their capacity as debtor-in-possession lenders, direct investors and rights offering backstop parties, in the in-court restructuring of Acosta, Inc., a leading sales and marketing agency.

Affinion Group, 2019
Representation of investors under a restructuring support agreement related to outstanding notes and in connection with the out-of-court recapitalization of Affinion Group Holdings, Inc., a leading loyalty and customer engagement solutions provider.

Morgan Stanley, 2017
Representation of Morgan Stanley as lead arranger in connection with the bankruptcy exit financing for the Homer City coal-fired power project in Pennsylvania.

Ad Hoc Group of TCEH Unsecured Noteholders, 2015
Representation of the Ad Hoc Group of TCEH Unsecured Noteholders, comprised of holders of approximately US$2.7 billion of unsecured notes issued by Texas Competitive Electric Holdings Company, LLC, in the chapter 11 cases of Energy Future Holdings Corp. and its subsidiaries, where the White & Case team successfully defeated a prepetition restructuring support agreement and designed an alternative plan of reorganization that garnered the support of nearly all stakeholders, and was confirmed.

Faculty and Staff of Sweet Briar College, 2015
Representation of approximately 200 faculty and staff of Sweet Briar College, a historic women's college in Virginia, when its board unexpectedly announced its closure in March 2015. The timing meant that few faculty could find equivalent positions, deeply impacting their livelihoods. Working with other involved groups, White & Case secured a settlement, keeping the college open for at least another year and offering severance to faculty and staff forced to leave.

BTA Bank, 2012
Representation of BTA Bank in the restructuring of US$11.1 billion of financial indebtedness. The restructuring involved the cancellation of bonds previously issued in connection with BTA's last restructuring, in consideration of which creditors where paid US$1.6 billion in cash and issued US$750 million new notes and shares and GDRs of BTA Bank.

Centaur Gaming, 2010
Representation of Centaur Gaming and its affiliates, developers and operators of horse racing and gaming properties, in their successful chapter 11 restructuring of approximately US$1 billion of prepetition secured debt. During the highly-contentious restructuring, White & Case assisted Centaur Gaming in devising an emergence capital structure that satisfied the requirements of two of the most rigorous gaming and racing-related regulatory regimes in the US In addition, White & Case advised Centaur Gaming with respect to the consensual resolution of significant intercreditor disputes and the disposition of certain non-core gaming operations and racing-related development opportunities. 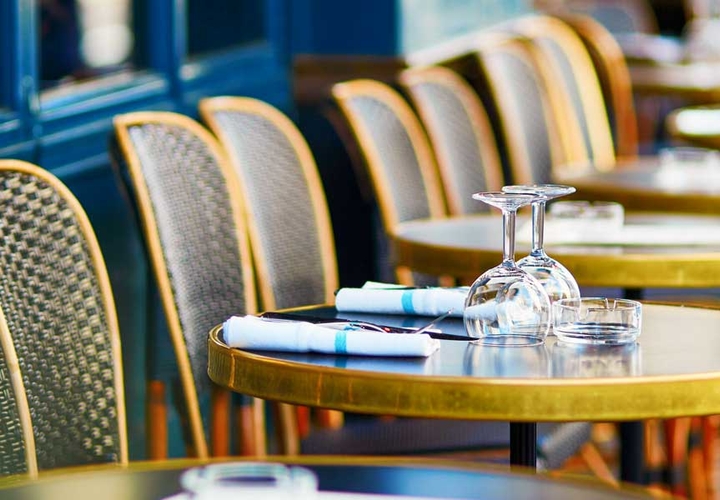 Leisure industry readies for distress amid prolonged lockdowns
view all