CAA v R (on the application of Jet2.com Limited): the Court of Appeal confirms the dominant purpose test for legal advice privilege

In perhaps the clearest statement on this issue to date, the Court of Appeal in The Civil Aviation Authority v R (on the application of Jet2.com Limited),1 has confirmed the "dominant purpose" test for legal advice privilege.

In recent years, the courts have frequently been called upon to define the scope of legal advice privilege.2 Understandably, it remains a contentious topic between litigants: a party subject to a requirement to allow disclosure and inspection of documents will assert a broad interpretation of legal advice privilege, while the party seeking inspection will seek to rely upon a narrow one.

In April 2018, Jet2.com ("Jet2") brought judicial review proceedings against the Civil Aviation Authority ("CAA"). Jet2 challenged the CAA's decision to publish a press release and correspondence with Jet2, relating to Jet2's refusal to participate in an alternative dispute resolution scheme for consumers. The correspondence included a letter sent by the CAA to Jet2 on 1 February 2018 (the "February Letter").

In the context of those proceedings, Jet2 sought inspection of drafts of the February Letter and all records of internal discussions of those drafts. The CAA resisted this on the basis that an in-house lawyer at the CAA had been involved in discussing and preparing the drafts of the letter and therefore the documents sought were covered by legal advice privilege.

The Court of Appeal's Judgment

In dismissing the appeal, the Court of Appeal held that a communication must have been prepared for the dominant purpose of seeking or obtaining legal advice for it be covered by legal advice privilege. Hickinbottom LJ, giving judgment, acknowledged that the previous authorities to date had not presented a straightforward position on this issue.5 However, in considering those authorities (including those which were not binding on the Court), he confirmed that he did not consider his judgment to be a departure from previous jurisprudence.6

Nevertheless, Hickinbottom LJ remarked that the concept of legal advice privilege remains a broad one. The courts apply an expansive interpretation of what constitutes "legal advice" in communications between a client and its lawyer. In addition, the authorities are clear that information passed between a client and its lawyer intended to keep the lawyer abreast of recent developments can form part of a "continuum of communications" and are covered by legal advice privilege,7 subject to the application of the "dominant purpose" test.

Following Hickinbottom LJ's conclusion that the "dominant purpose" test applies, the Court set out certain circumstances in which multi-party communications will attract privilege:8

Hickinbottom LJ reasoned that the same conclusions should apply to records of meetings attended by both non-lawyers and lawyers. He suggested that the parts of the meeting involving communications with the lawyers present would attract privilege, whereas the parts pertaining to commercial discussions would not.

While some practitioners may regard the decision in Jet2 as a step away from the protections of legal advice privilege, it is equally important to note that the Court of Appeal emphasised that the privilege remains broad in scope. In many scenarios, certainly involving external counsel, communications between a client and lawyer will be sent in the context of seeking legal advice, and are likely therefore to attract legal advice privilege.9 Indeed, the Court of Appeal suggested that the courts will be "extremely reluctant" to delve into an examination of whether a communication sent by a lawyer (including an in-house lawyer) to a client will have been sent for the dominant purpose of seeking legal advice.10

Ultimately, the courts seek to ensure an equitable balance between the need for disclosure and inspection of relevant material to dispose of a case and a party's right to communicate confidentially with its lawyers. It pays, therefore, to consider the contents and purpose of emails at a stage when in-house lawyers become involved in a matter. In the words of Hickinbottom J, "[legal advice privilege] is a privilege, and those who wish to take advantage of it should be expected to take proper care when they do so".11

1 [2020] EWCA Civ 35.
2 Legal advice privilege is one of the two components of legal professional privilege and applies to communications between a client and a lawyer for the purpose of giving or receiving legal advice. The second component is litigation privilege which applies to communications between a client and a lawyer (or with third parties) created for the dominant purpose of litigation proceedings, either ongoing or reasonably contemplated.
3 R (on the application of Jet2.com Limited) v Civil Aviation Authority [2018] EWHC 3364 (Admin).
4 [2018] EWHC 3364 (Admin), paragraphs 99 to 102.
5 Paragraph 96.
6 Paragraphs 92 and 96.
7 Balabel v Air India [1988] Ch 317; Three Rivers Council v The Governor and Company of the Bank of England (No. 6) [2004] UKHL 48.
8 A summary of Hickenbottom J's conclusions can be found at paragraph 100 of his judgment.
9 Paragraph 69.
10 Paragraph 100(iii).
11 Paragraph 93(iii). 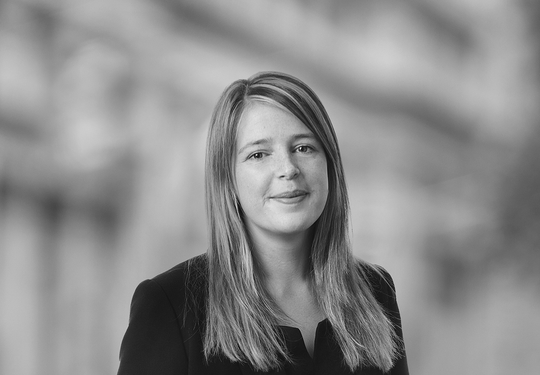