China has taken a significant step toward concentrating all antitrust regulation and enforcement in one agency, the State Administration for Market Regulation (SAMR). On March 17, 2018, China's National People' Congress passed legislation to consolidate the existing three antitrust bodies into one. SAMR was officially established on March 21, 2018. The creation of SAMR is one of the most significant changes to China’s antitrust enforcement since the Anti-Monopoly Law (AML) came into force ten years ago.

Previously, China's competition laws have been enforced by three separate authorities, each with complete autonomy as to their respective area of enforcement:

Each agency has had its own unique history, staff composition and role in regulating industry in China. For example, MOFCOM’s merger review has a centralized function. In addition to merger review, the agency is responsible for foreign trade and foreign investment. The NDRC, by contrast, has historically had a significant role in economic planning and price-setting for the government. In addition to the NDRC, there are also local government versions with jurisdiction that overlaps that of the NDRC.

MOFCOM and the NDRC will survive but without antitrust powers. SAIC will be entirely integrated into SAMR and will no longer exist as it is known today.

In addition, the courts in China will continue to have jurisdiction to hear private commercial disputes under the AML. Their authority and the right of individuals to bring antitrust claims are not affected by this change.

The changes for antitrust enforcement are likely to be gradual given that the three agencies continue to exercise until the consolidation is completed. At present, the government has provided limited information as to how the consolidation will take effect. Although the merger process could be gradual, the consolidation has the potential for both positive and negative implications, which will need to be monitored.

What to Expect Immediately

Power over antitrust regulation and enforcement is still held by MOFCOM, the NDRC and SAIC. Beyond the March 21 announcement creating SAMR, there is no indication as to when the integration will get started or completed. It is expected that the merger of the relevant authorities will take a while.

In the meantime, the three authorities will continue to remain separate in handling existing merger control filings and antitrust investigations. Existing rules and regulations promulgated by MOFCOM, the NDRC and SAIC will remain effective until SAMR or any superior government entity issues new laws, rules and regulations in conflict with them.

Companies involved in M&A transactions will continue to file with MOFCOM for the near future. The NDRC and SAIC may continue to accept complaints. It is unclear whether, as an institutional matter, these agencies will have a strong incentive to pursue new investigations.

As SAMR takes shape, it will need to address a number of questions. For example, the present agencies each have their own cooperation agreements with enforcement agencies in other countries. While it is assumed they will need to be renegotiated, how this will be done is unclear. Each also has its own rules and regulations, such as MOFCOM regulations relating to what M&A transactions are notifiable and as to what is required for notification. They also have different practices with respect to the confidentiality of information shared in the course of a filing and investigation. It is also unclear whether the central government will continue to permit local enforcement, e.g., by local provincial DRCs. Presently, there is no information that has been published and it is still too early to speculate how SAMR will address these questions.

It is expected that consolidation will result in greater consistency in the interpretation of the AML and application to individual cases. There has been some conflict in findings by the NDRC and SAIC where their jurisdiction overlapped in cases containing both price and non-price related antitrust issues. With consolidation, companies can expect to receive unified guidance about how the enforcer will implement the AML in investigations.

It remains unclear how SAMR will deal with the disparate precedents that it inherits from MOFCOM, the NDRC and SAIC. With the leadership of SAMR coming from SAIC, it is expected that some procedures will change. It is unclear, though, how the former MOFCOM or the NDRC teams will adjust their merger reviews or antitrust investigations within SAMR.

There should be a single approach to leniency for companies that volunteer incriminating evidence of a violation. This should be particularly helpful for leniency applicants when timing and procedure are key to enjoying the benefits granted by the AML.

Moreover, it is expected that integration of the three authorities will address inconsistencies in how resources are allocated in enforcing the AML. Prolonged investigations or approval processes have been attributed to manpower shortages at the authorities. This has been a major concern since the AML came into effect in 2008. With all antitrust matters under a single agency, SAMR will have more flexibility in allocating staffing based on changes in the flow of matters and based on the agency's policy direction. The integration should also enable greater knowledge and information exchange among staff working on the various antitrust matters. This may further improve the efficiency and quality of handling complex antitrust matters.

Notwithstanding the synergies mentioned above, companies may encounter unnecessary antitrust scrutiny that they may not have experienced when MOFCOM, the NDRC and SAIC functioned independently of each other. Since the AML came into effect in 2008, M&A parties have made their merger filings to only MOFCOM. This presented little risk of disclosure of business practices to review by the NDRC or SAIC. The separation of the three authorities provided a layer of protection or immunity for confidential information.

With the new structure, companies should assume that materials contained in future merger filings may be readily shared among staff within SAMR having responsibility for non-merger enforcement. A merger investigation could lead to antitrust investigations involving non-merger issues. This is similar to what companies face today when filing merger notifications in the EU, US and other jurisdictions.

It is unknown how this might impact merger reviews. It is conceivable that, in such a case, a merger filing may be further delayed or even halted by a non-merger anticompetitive issue.

Also to be monitored is how SAMR will use its newly consolidated powers in determining fines for violations of the AML. The NDRC has been well recognized as the most aggressive antitrust enforcer in China. One example of its comparatively aggressive posture was the agency's record breaking fine (approximately USD 975 million) against Qualcomm in 2015. It is possible that SAMR may bring a similar approach to the next NDRC with even more power and resources for antitrust scrutiny.

SAIC, by contrast, has had a more restrained approach when investigating multinational companies compared to its sister agencies during the first ten years of the AML. It is uncertain to what extent SAMR would take the same approach as SAIC. Previously, there had been speculation that the former head of the NDRC's antitrust bureau was the major contender to lead the new agency. Appointing the former head of SAIC to be the new agency's decision-maker may be a signal that China's political leadership may want SAMR approach to reflect, instead, the SAIC's enforcement precedents. There is no doubt that former SAIC leadership and staff will maintain a prominent role and are expected to more directly influence SAMR for the foreseeable future within SAMR. 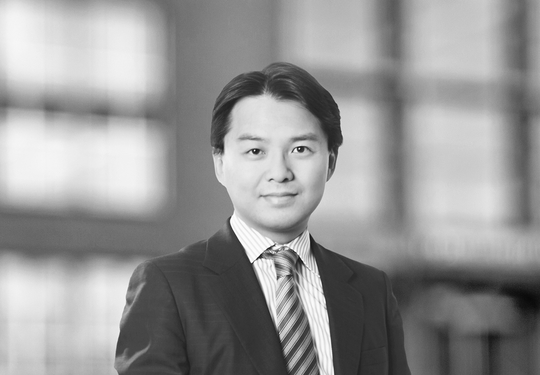