On 21 September 2020, the European Commission adopted a time-limited equivalence decision for UK clearinghouses (also referred to as central counterparties ("CCPs")) in view of EU financial stability considerations, which extends market access to UK CCPs for 18 months after the expiry of the Brexit transition period.1

This temporary equivalence decision for the UK legal framework on clearing derivatives permits UK CCPs to continue supplying their services to EU market participants seamlessly and without being subjected to the uncertainty attached to the state of play of the trade negotiations on financial services between the UK and the EU, while, at the same time, ensuring financial stability is sustained.

The Political Declaration on the future relationship set out that both the EU and the UK would "endeavour" to complete their respective assessments of the equivalence of each other's regulatory and supervisory frameworks for financial services by 30 June 2020.2 However, most of the outcomes haven't been made public yet.

The assessments may result, in each of the relevant sectors, in decisions on equivalence or no equivalence.3 The Commission will take decisions based on a comprehensive assessment, taking EU interests into account.4

The Commission Communication of 9 July 2020 underscored that "the current interconnectedness between the EU and the United Kingdom market requires that the Commission, in assessing equivalence, be particularly mindful of the risks for the EU in terms of financial stability, market transparency, market integrity, investor protection and level-playing field".5

The European Commission offered short-term EU market access to UK clearinghouses to avoid EU financial stability risks, based on the analyses carried out by the European Central Bank ("ECB"), the Single Resolution Board ("SRB") and the European Supervisory Authorities ("ESAs").7 Notably, the "withdrawal of the United Kingdom from the internal market and from the eco-system of common regulation, coordinated supervision and enforcement that underpin the internal market, together with the significant amount of financial instruments denominated in Union currencies which are cleared by UK CCPs, create major challenges for Union and Member States' authorities in managing financial stability, in particular in times of financial stress".8

By acknowledging the importance of UK CCPs for the stability of the EU financial system, the EU provides a short-term solution that eases the pressure on UK CCPs and on EU customers (e.g. banks, insurers and other financial institutions) alike.

Consequently, via the time-limited equivalence, UK clearinghouses will be able to continue having frictionless access to their EU clients for 18 months after the expiry of the Brexit transition period.

On 28 September 2020, ESMA announced that three CCPs established in the UK will continue to be offered access to EU customers after the end of the transition period.9 By virtue of the EMIR 2.2 framework, ESMA also adopted tiering decisions for those UK CCPs.

In sum, the European Commission's Decision offers certainty as to the supply of clearing services by UK CCPs to EU clients until 30 June 2022. The decision follows a particular rationale and may not be taken as indication for pending equivalence decisions in other areas.

1 Commission Implementing Decision (EU) 2020/1308 of 21 September 2020, determining for a limited period of time that the  regulatory framework applicable to central counterparties in the United Kingdom of Great Britain and Northern Ireland is  equivalent, in accordance with Regulation (EU) No. 648/2012 of the European Parliament and of the Council (the "Decision")
2 Political Declaration setting out the framework for the future relationship between the European Union and the United  Kingdom, 19 October  2019
3 Additionally, equivalence decisions can be withdrawn unilaterally at any point if third-countries' regimes diverge and the  equivalence requirements are no longer met.
4 European Commission Communication of 9 July 2020, page 13
5 Ibid.
6 European Commission Decision, recital 2.
7 The European Supervisory Authorities comprise the European Securities and Markets Authority ("ESMA"), the European Banking Authority ("EBA"), and the European Insurance and Occupational Pensions Authority ("EIOPA").
8 European Commission Decision, recital 5 (emphasis added).
9 ESMA, Public statement, ESMA to recognise three UK CCPs from 1 January 2021, 28 September 2020 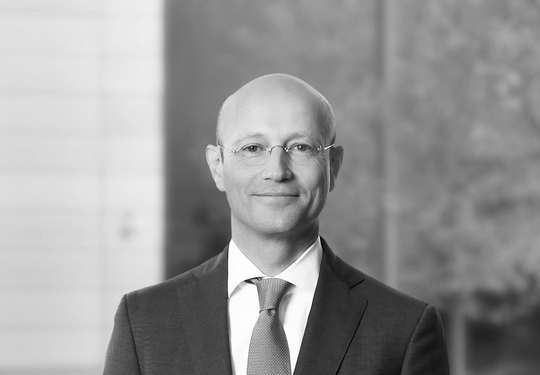