In a long running group litigation between a number of Sub-Post Masters and Post Office Limited, Mr Justice Fraser, sitting in the English High Court, has given detailed consideration of the issue of relational contracts in English law. The decision is of significance to long-term commercial contracts across the board, and is likely to be of particular interest to companies operating in joint venture or other long-term collaborative contracts in sectors, such as mining & metals, oil & gas and technology.1

It was recognised by the English courts in a decision in 2013 that, in certain categories of long-term contract the Court may be more willing to imply a duty to co-operate, or a "duty of good faith", in the performance of a contract.2 Yam Seng, and some subsequent cases, suggested that the duty of good faith would be implied where the contract could be described as "relational" in nature, although there has been some judicial and academic debate since as to whether such a "duty" can be implied into commercial contracts. Irrespective of that more general debate, the circumstances in which a contract would be classified as relational and, if it were, the precise scope of the consequent duty of good faith has been unclear. Fraser J explored both issues in a recent judgment in the ongoing Bates v Post Office case. He provided a list of nine (non-exhaustive) characteristics which are relevant when determining if a contract is relational. He also clarified that, in circumstances where a duty of good faith can be implied, this will extend beyond a requirement to act honestly.

Bates v Post Office is a group litigation in which approximately 550 sub-postmasters (and certain others) are bringing claims relating to the Post Office's introduction and operation of an IT system, known as Horizon. The sub-postmasters claim that the Horizon system included flaws that resulted in accounting discrepancies, ultimately causing substantial losses.

The questions for Fraser J were: (a) whether a duty of good faith should be implied into the Contracts; and (b) if so, what was the scope of that duty.

When will a duty of good faith be implied?

Since the judgment in Yam Seng, it has been clear that English law may recognise an implied duty of good faith in the performance of a contract where that contract is relational. There has, however, been considerable academic debate over whether relational contracts exist as a separate species of contract and, if they do, when a contract will be considered relational.

Fraser J, citing Yam Seng and a series of subsequent cases with approval, held that relational contracts were a specific specie of contract.3 Determining whether a contract is relational was, according to the judge, an inherently fact-specific exercise: "[t]he circumstances of the relationship, defined by the terms of the agreement, set in its commercial context, is what decides whether a contract is relational or not."4

Nevertheless, Fraser J identified a non-exhaustive list of nine "specific characteristics" that were relevant when determining whether any given contract was relational.5 Those characteristics were:

Having determined that the Contracts were relational, and that a duty of good faith ought to be implied, Fraser J went on to consider the scope of that duty.

The scope of the implied duty of good faith

The Post Office had argued that, even if a duty of good faith were to be implied, this would import nothing more than a requirement to act honestly. Fraser J rejected this submission, holding that the implied duty of good faith "means that the parties must refrain from conduct which in the relevant context would be regarded as commercially unacceptable by reasonable and honest people" and that it "does not mean solely that the parties must be honest."10

The judge also concluded that a number of specific terms were to be implied into the Contracts because they were "simply consequential" upon the duty of good faith.11 These were heavily fact specific, but may open the possibility of judges implying terms into long-term collaborative or relational contracts which may be broader than a simple obligation to act in good faith.

Case Study: failures to deliver and under-deliveries under a long-term gas supply agreement

Company A, a natural gas producer, and Company B, an importer and reseller, are parties to a long-term gas supply agreement governed by English law and with an English court jurisdiction clause. Under the terms of the agreement, Company A has committed to sell substantial quantities of gas for a period of 20 years; company B has committed to purchase that gas and to pay for a significant proportion of it, even if not taken (i.e., an industry standard "take-or-pay" obligation). Both companies have invested hundreds of millions of dollars to perform the agreement: Company A, to explore for and produce the gas, and Company B to develop a network through which to sell the gas. The agreement includes an "under-deliveries" provision, which contemplates that Company A may, from time to time, deliver less than the contracted volume of gas and provides that Company B will receive a discount in such circumstances.

Due to movements in the market price of gas, Company A stands to make more money if it sells gas on a hub market as opposed to selling it to Company B under the agreement (even factoring in the discounts in the "under-deliveries" provision). Company A seeks to take advantage of the change in market prices by implementing a substantial and sustained reduction in deliveries under the agreement with Company B and selling directly on the hub market instead.

Whilst the existence and scope of an implied duty of good faith depends on a detailed assessment of all the facts of a case, in the circumstances outlined above it is possible that an English court would find that the agreement in question was relational and, as such, an obligation of good faith was to be implied. Furthermore, it is possible that such obligation would operate so as to prevent Company A exploiting the "under-deliveries" provisions in the agreement for the purpose of making a financial gain, at the expense of Company B.

Whether a contract is "relational" in nature (and carries with it the potential for a duty to act in good faith to be implied) is highly fact specific. Nevertheless, there are a number of circumstances in which contracts commonly in use in sectors which involve collaborative project management are potentially capable of being, or even likely to be characterised as, relational.

Joint venture agreements, common in these sectors, also appear to be a type of arrangement which could potentially be considered to be relational contracts. Fraser J specifically considered and approved of a case where a joint venture contract had been held to be a relational contract.12 For example, long-term technology outsourcing contracts, transport contracts, or off-take agreements, may also satisfy the criteria laid down by Fraser J, as may long-term sub-contracting arrangements. Parties will need to consider these issues at all stages of the contractual process. Whilst on the one hand, parties may take comfort from the fact that their counterparties may be obliged to act in good faith, they also need to exercise caution to ensure that they do not take on obligations which go beyond that which they contemplate when striking their bargain. Although there are no special rules of interpretation applicable to long-term relational contracts, it has been recognised that in appropriate cases, a court may take into account that, by reason of the changing conditions affecting such a contract, a flexible approach may best match the reasonable expectation of the parties.13

When negotiating contracts, parties should consider whether they want to expressly exclude any implied duties of good faith. During performance of existing contracts, if such duties have not been excluded, parties should consider whether the way in which certain obligations are to be performed may be subject to good faith obligations. Finally, if a party is contemplating terminating a contractual relationship, careful attention should be given to whether the contract is relational and, if so, whether the implied duty of good faith has any bearing on how that termination should be managed (and, potentially, even if it is possible at all).

A global mining conglomerate (Company A) and its local partner (Company B) entered into a joint-venture agreement, governed by English law and with an English court jurisdiction clause. The joint venture agreement set out the corporate governance arrangements for the management of the operational company in sub-Saharan Africa (Company C). Company C was to construct, and then operate, a substantial copper mine with a projected life cycle of 20 years. Both Company A and Company B invested significant sums (hundreds of millions of dollars) to finance the purchase of mining licences and the construction of the mine.

Shortly after the mine becomes operational, after a construction process delivered on-time and on-budget, Company A is subject to a hostile takeover bid and, under new ownership, strategic decisions shift its focus away from base metals to rare earths, along with a preference to centre operations closer to its Chinese base as opposed to seeking a broad global spread.

As a result, Company A takes advantage of no-fault termination provisions in the joint venture agreement and pulls out of the investment. Before doing so, senior members of Company A carrying out roles for Company C remove material confidential to Company B and Company C from Company C's offices.

Whilst the existence and scope of an implied duty of good faith will always depend on a detailed factual analysis, in this case it seems possible that the English court would consider that the joint venture agreement contained an implied duty of good faith given the relational nature of the contract. That duty may well have been breached by the removal of confidential material (as in the Bristol Groundschool case). It seems less likely that a termination by Company A could be seen as a breach of a duty of good faith, but Company A would be prudent to take legal advice considering the precise nature of its relationship with Company B before terminating the joint venture, as the position is unlikely to be clear cut. 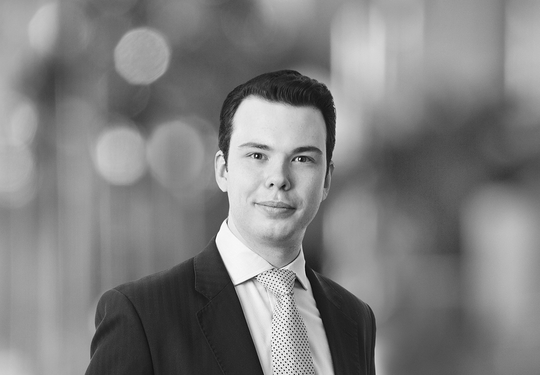