EU raising the bar for next EU GSP?

The European Commission has unveiled its newly proposed Generalised Scheme of Preferences ("GSP") for the period 2024-2034 – aiming at a more effective system which delivers benefits to where they are needed, and at the same time toughens the sustainable development criteria applicable to developing countries.

The GSP system is the EU’s trade policy tool to support developing countries by unilaterally removing or reducing import duties on goods originating there. The current GSP framework1 applies to 67 countries, and provides for three arrangements: the Standard GSP, the GSP+ for sustainable development and good governance, and the Everything but Arms ("EBA") arrangement for least developed countries. Depending on the arrangement, the conditions are different, and the tariff preferences are more or less generous.

For example, access to the GSP+ scheme is conditional on compliance with 27 international conventions and agreements concerning human rights, labour rights, and environmental protection and good governance. Preferences under the other two arrangements can also be withdrawn in case of violations of certain core human rights and labour conventions.2 In addition, all three regimes can be suspended in case of serious shortcomings in customs controls or unfair trading practices.

The current EU GSP system will expire at the end of 2023 (except the EBA arrangement). Following assessments in 2020,3 the Commission on 22 September 2021 published its proposal for the next GSP system.4

What could (not) change?

The Commission’s proposal maintains the current GSP system’s essential elements and structure,5  but places more emphasis on ensuring that trade advantages apply to the products/countries most in need. For example, the threshold at which a product loses tariff preferences when its share of imports becomes too high (product graduation threshold) would be lowered in the interest of least developed countries ("LDCs").6  In addition, the proposal aims to facilitate GSP+ access for countries that formerly benefitted from the EBA arrangement, but no longer meet the LDC criteria, by removing the import-share criterion.7 Before proposing withdrawal of benefits, the Commission could also take into account the socio-economic effects in the beneficiary country, and in exceptional circumstances (e.g., global health emergencies) or when the reasons for withdrawing benefits have changed, the EU may amend, suspend or suspend the withdrawal of benefits more swiftly.

In line with increased emphasis on the EU’s trade sustainability principles, the proposal broadens the conventions countries must ratify in order to benefit from GSP+ by adding five convention8 and replacing the Kyoto Protocol with the Paris Agreement on Climate Change. Other key changes in this area include:

Finally, in order to facilitate the transition to the new GSP system, current GSP+ beneficiaries would have until end-2025 to ratify additional conventions and submit action plans for implementation. They will be able to continue to enjoy GSP+ benefits until that date while their new application is being assessed.

The proposal has to be adopted by the European Parliament and the Council, and this is currently anticipated for the last quarter of 2022.9 Once adopted, the new GSP system is then scheduled to enter into force on 1 January 2024. Until then, the existing GSP regime remains in full effect. Meanwhile, the proposal is open for comment until 19 November 2021.10 It remains to be seen if the European Parliament in particular will consider the proposal to go far enough in securing sustainable trade in this area.

1 See Regulation (EU) No 978/2012 of the European Parliament and of the Council of 25 October 2021 applying a scheme of generalised tariff preferences and repealing Council Regulation (EC) No 732/2008, available here.
2 But not environmental or good governance conventions.
3 See here and here. See our client alert on the public consultation here.
4 See Proposal for a Regulation of the European Parliament and of the Council on applying a generalised scheme of tariff preferences and repealing Regulation (EU) No 978/2021 of the European Parliament and of the Council (COM(2021) 579) here, and the Annexes here.
5 For example, no substantive changes are proposed to the country or product scope or to the level of tariff reductions, and the three arrangements should remain in place.
6 This threshold is lowered to focus on less competitive products and LDCs, to the likely detriment of large industrialized producers. The general threshold would be reduced from 57% to 47% and the textile threshold from 47.2% to 37%.
7 Meaning the average subject country share of EU GSP imports compared to overall imports from all GSP beneficiaries over the last three years no longer has to be <7.4% for GSP+ eligibility (see Annex VII to current GSP Regulation).
8  The Convention on the Rights of People with Disabilities; the Optional Protocol to the Convention on the Rights of the Child on the Involvement in Armed Conflict; the ILO Convention on Labour Inspection No. 81; the ILO Convention on Tripartite Consultations No. 144; and the United Nations Convention against Transnational Organised Crime.
9 See European Commission Q&A on the Review of the EU Generalised Scheme of Preferences.
10 See here. 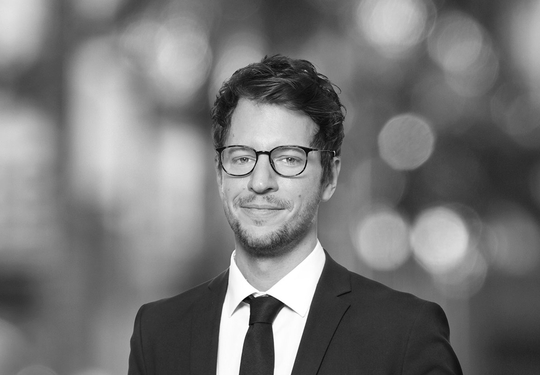