On October 31, 2019, a three-judge panel of the Court of Appeals for the Federal Circuit ("CAFC") issued a decision, authored by Judge Moore, in Arthrex, Inc. v. Smith & Nephew, Inc., No. 18-2140. The CAFC held that the appointment of Administrative Patent Judges ("APJs") to the Patent Trial and Appeal Board1 ("PTAB") violates the Appointments Clause of the US Constitution. Slip Op. at 2. The Appointments Clause empowers the President to nominate and appoint Officers of the United States, with the advice and consent of the Senate. US Const., art. II, § 2, cl. 2. Appellant Arthrex argued successfully that the APJs who presided over the inter partes review proceedings in this case were not constitutionally appointed. However, not all is lost. The CAFC held that severing the provision restricting removal of the APJs remedied the constitutional defect.

The central issue of the decision was whether APJs are principal officers—who must be nominated by the President and confirmed by the Senate—or inferior officers—who can be appointed by the Secretary of Commerce. If the CAFC found that APJs are principal officers, then their appointment to the PTAB by the Secretary of Commerce was not constitutional. Otherwise, if APJs are inferior officers, then there would be no constitutional infirmity.

Under the first factor—review power—the CAFC held that "[n]o presidentially-appointed officer has independent statutory authority to review a final written decision by the APJs before the decision issues on behalf of the United States." Slip Op. at 9. Thus, the review-power factor weighed against a finding that APJs are inferior officers.

Under the second factor—supervision power—the CAFC noted that the Director can regulate the conduct of inter partes review and has authority over the APJs' pay. Slip Op. at 13-14. Thus, the supervision-power factor weighed in favor of finding that APJs are inferior officers. Slip Op. at 14.

Under the third factor—removal power—the CAFC found that the removal authority of the Director or Secretary is subject to limitations by Section 7513 of Title 5. Slip Op. at 16. Section 7513 of Title 5 provides that the Director or Secretary can only remove APJs from service for "misconduct [that] is likely to have an adverse impact on the agency's performance of its functions." Slip Op. at 19 (quoting Brown v. Department of the Navy, 229 F.3d 1356, 1358 (Fed. Cir. 2000)). Therefore, the third factor weighed against a finding that APJs are inferior officers.

After weighing the relevant factors, the CAFC concluded that APJs are principal officers due to a "lack of any presidentially-appointed officer who can review, vacate, or correct decisions by the APJs combined with the limited removal power." Slip Op. at 20.

The CAFC considered possible remedies to cure the constitutional violation. All parties and the government agreed that severing the removal restriction of Title 5 would cure the Appointments Clause defect. Slip Op. at 24. The CAFC agreed and severed the application of Title 5, recognizing severance as the narrowest revision that would render APJs as inferior officers and preserve the statutory scheme that Congress intended for the review of patents. Slip Op. at 26-27.

The implications of Arthrex are significant for parties appealing final written decisions from an inter partes review proceeding. The CAFC recognized the impact of its holding as limited to Appointment Clause challenges where final written decisions issued and where litigants present an Appointments Clause challenge on appeal. Slip Op. at 30. However, this is not a small number of cases. The appellees had argued that at least 160 pending cases could be remanded if a constitutional violation was found, but the CAFC did not find this fact persuasive.

It is unlikely that the panel's decision is the last word on this issue. The appellee can file a petition for hearing en banc and concurrently can petition for certiorari to the Supreme Court. However, in the short term, the decision may result in numerous cases being remanded to the PTAB where the constitutionality of the APJ appointments is timely challenged on appeal.

1 The PTAB is part of the United States Patent and Trademark Office ("USPTO"). 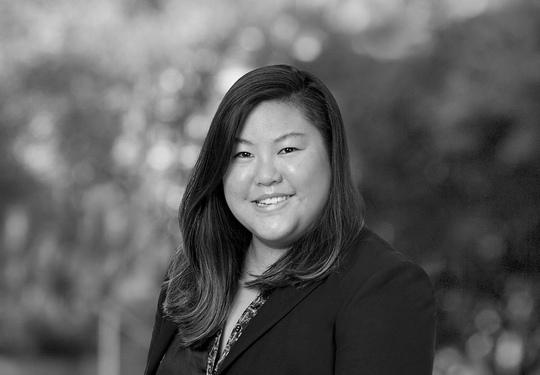