There is no doubt 2022 has signalled a renewed focus on beneficial ownership transparency. White & Case partners Jonah Anderson and Anneka Randhawa, and associate Laura Higgins have collaborated with Hannah Lilley and Michael Zimmern from Control Risks to share their insights on legislative developments including the new Economic Crime Act.

Across the world, authorities and society at large have been pursuing increased transparency and disclosure of the identity of company owners and beneficiaries to combat crimes such as tax evasion, corruption, money laundering, and terrorist financing. Those of us in the ethics and compliance world agree that transparency is a good thing, not least because more disclosure makes it easier to know who you are doing business with. However, transparency attaches obligations onto corporate transparency programmes that can be challenging to implement.

The UK’s recently passed Economic Crime (Transparency and Enforcement) Act seeks to strengthen sanctions enforcement and increase transparency of property and company ownership. A new US law – the Corporate Transparency Act or CTA – will require millions of companies to disclose their ownership and control structures to the US Treasury. The European Union (EU) – currently in a wave of issuing corporate disclosure requirements across the board has made impressive headway in improving beneficial ownership disclosures to curb financial crime and kleptocracy. In the summer of 2021, the European Commission put forward an anti-money laundering package of legislative proposals aimed at strengthening the EU’s anti-money laundering and countering terrorism financing rules. These include provisions on beneficial ownership which seek to clarify and expand those in the previous legislation, such as the obligation on legal entities and trustees to both identify and verify their beneficial owners, and to report that information to national beneficial ownership registers across EU member states. On 4 March 2022, the global money laundering and terrorist financing watchdog Financial Action Task Force (FATF) amended its pre-existing standard on company ownership transparency to require member countries to establish a beneficial ownership register (or sufficient alternative) to give authorities in those countries appropriate visibility over who profits from the firms under their jurisdiction.

While the momentum behind the introduction of more stringent corporate transparency laws increases, many companies are living and breathing the significant challenges adhering to current regulations, as organisations – responding to recent and ongoing global events – seek to identify sanctions exposures within their supply chain and third-party ecosystem. In addition, laws and guidance remain inconsistent across jurisdictions.

At present, enforcement agencies around the world are focused on a multitude of more pressing and short-term problems. However, we cannot expect this state of affairs to last for long. In this article, we put a spotlight on what the corporate transparency landscape will look like in 2022 and what steps you should take now to respond.

Revisions to FATF’s Recommendation 24 stipulate that member countries should have a beneficial ownership register or alternative, with the intention that authorities have visibility over who ultimately owns or controls a company. The Recommendation seeks to discourage the use of shell companies or other opaque corporate structures as channels for illicit financial flows. It remains unclear how member countries, certain of whom have been resistant to bolstering beneficial ownership transparency, will respond.

Countries may not be required to make their registers publicly accessible to additional stakeholders and the public, which may be less of a deterrent to anonymous shell companies being used for illegal purposes. FATF has promised a risk-based approach to ensure the measures it proposes are effective.

EU – leading the charge but left behind?

The EU's adoption of the 2019 Open Data Directive in July 2019, which encouraged EU member states to make as much public information available for re-use as possible, including company ownership information, was applauded by proponents of transparency. It came on the heels of the Fifth Anti-Money Laundering Directive (5AMLD), which was adopted by the European Parliament in April 2018, requiring all EU member states to create publicly accessible registers of beneficial ownership by January 2020. However, EU member states remain without guidance on how to make their corporate registries available, meaning certain countries still haven’t set up their registers. Where they do exist, not all are publicly accessible. And some sit behind paywalls that are prohibitively expensive for journalists and civil society seeking to expose financial crime and kleptocracy. Many EU member states are well known for their protection of personal data; disclosure of ownership information therefore raises legal considerations around whether it interferes with the individual rights to privacy. For the private sector, inconsistency in beneficial ownership registers, and, in many cases, the inability to access them at all, hinders effective AML / CFT compliance processes, and means organisations often must rely on due diligence to unravel the ownership of their counterparties.

The Economic Crime Act – is it enough?

The UK’s Economic Crime (Transparency and Enforcement) Act picks up from the existing beneficial ownership register regime that was introduced back in 2016, which was criticised as being insufficiently rigorous and under-used. The Act’s three areas of focus – transparency requirements for foreign ownership of property in the UK, bolstering the unidentified wealth order (UWO) regime, and strengthening enforcement of sanction breaches – are significant in terms of their potential ability to tackle financial crime.

Nevertheless, there is some criticism that the reforms under the Act don’t go far enough. Beneficial owners are still defined as those with a 25% stake or more, which raises a concern that companies will seek to circumvent the threshold and claim that they have no beneficial owner. There is no plan for auditing or verifying company disclosures and so any company willing to provide false or misleading disclosures may not be scrutinised. A second bill is promised later this year to tackle some of these loopholes left exposed.

Passed by US Congress on 1 January 2021, this Act is aimed at deterring illicit flows of money into the US financial system. It will create a beneficial ownership registry within the US Treasury Department’s Financial Crimes Enforcement Network (FinCEN), and specifically targets shell companies. Companies that have an office in the US, report revenues of over $5m a year, or have 20 or more full-time employees are exempt. The data will be stored in a private database and will not be accessible publicly, though the Act is still considered one of the most significant recent developments to the US anti-money laundering regime, which has historically had some of the developed markets’ lowest disclosure requirements.

For compliance practitioners, the surge in new and proposed legislation is a welcome boost to increased transparency. If implemented and enforced effectively, you may find that the often-complex task of identifying beneficial ownership within your third party networks gets a little easier.

At the same time, your organisation will be subject to more onerous disclosure obligations under some of these regulations.

So, what should you be thinking about? 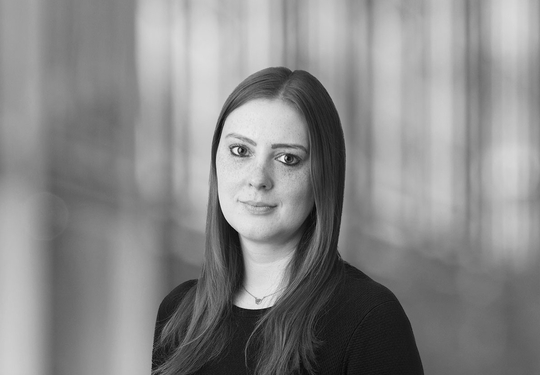