On September 25, 2019, the US House of Representatives ("House") passed, by a vote of 321 to 103, the Secure and Fair Enforcement Banking Act ("SAFE Banking Act"), bipartisan legislation designed to secure and regulate banking services to the expanding cannabis market in the United States. The SAFE Banking Act would bar federal regulators and prosecutors from penalizing banks and credit unions for providing core banking services to cannabis-related businesses ("CRBs") and ancillary businesses authorized under state law. As the first standalone cannabis reform bill to pass either chamber of Congress, its passage in the House represents a major step towards harmonizing treatment of the US cannabis industry at state and federal levels. However, the future of the legislation remains unclear as it awaits a vote in the Senate.

The Current State of Play

The use of cannabis, in certain forms, is authorized and regulated in the majority of US states, including 33 states that legalized the medical or recreational use of cannabis and 13 others that permit the use of nonintoxicating cannabidiol-derived ("CBD") products.1 Nevertheless, the manufacturing, sale, distribution and possession of cannabis remain illegal under federal law due to its classification as a Schedule I controlled substance under the Controlled Substances Act ("CSA"). Disparate treatment between the states and the federal government has led to uncertainty about how criminal and anti-money laundering ("AML") statutes may be enforced with regards to financial institutions providing banking services to CRBs.

This uncertainty incentivized the cannabis industry to operate on a cash-only basis, raising significant public safety concerns, security issues for CRBs and the communities in which they operate, and challenges with tracking cannabis-related funds for tax and AML purposes. Seeking to address these problems, the New York Department of Financial Services ("NYDFS") released guidance in July 2018 encouraging New York state-chartered banks and credit unions to offer banking services to state-licensed medical CRBs.2 The guidance states that no regulatory action is to be taken against a bank or credit union solely for establishing a banking relationship with a medical CRB that complies with New York state laws and certain other federal guidelines. The NYDFS noted that the "unsettled legal environment at the federal level" is "exacerbating" public safety issues, obstructing the proper tracking of cannabis-related proceeds, and hindering industry growth.3

As federal cannabis-related law remained static, Congress made efforts to provide clarity on the legal status of manufacturers and producers of industrial hemp4 and hemp-derived products. The 2014 Farm Bill created a framework for the legal cultivation of hemp containing less than 0.3% of THC through state-regulated research pilot programs. In 2018, the annual Farm Bill removed hemp from the definition of cannabis in Schedule I of the CSA and legalized the possession, cultivation, sale and distribution of hemp at the federal level, effective January 1, 2019. It also delegated authority to states to oversee regulation of hemp production in their jurisdictions by submitting regulatory plans to the US Department of Agriculture ("USDA") for approval. In the absence of an approved state plan, regulation of in-state hemp production and commercialization will be subject to the USDA's federal regulatory plan. To date, the USDA is still in the process of drafting regulations implementing the 2018 Farm Bill, with an aim of publishing final rules to accommodate the 2020 growing season. While certain states have already submitted regulatory plans for approval,5 the USDA will likely not issue any determination until implementing regulations come into effect. The 2018 Farm Bill also prohibited states from interfering with the interstate transportation or shipment of hemp, despite their ability to impose stringent restrictions on hemp production within their borders. In addition, it explicitly preserved the authority of the US Food and Drug Administration to regulate hemp-derived consumable products under the Food, Drug, and Cosmetic Act and Section 351 of the Public Health Service Act.

By contrast, cannabis remains a Schedule I controlled substance under the CSA. Accordingly, proceeds from cannabis-related activities are subject to AML laws such as the Money Laundering Control Act ("MLCA") and the Bank Secrecy Act ("BSA"). Violations of the MLCA can result in criminal prosecution, specifically with regard to knowingly conducting a financial transaction with proceeds of a “specified unlawful activity,” or transporting, transmitting or transferring funds internationally for the purpose of carrying out a "specified unlawful activity," even if such funds are derived from a legitimate source.6 The BSA requires financial institutions to establish and maintain AML programs and report all activities the financial institution knew or suspected to be a violation of any law or regulation, including the CSA, to the US Treasury’s Financial Crimes Enforcement Network ("FinCEN"). Given the threat of federal prosecution and regulatory enforcement, and the cost to comply with the suspicious activity reporting obligation, most financial institutions have deliberately avoided providing banking services to state-licensed CRBs and ancillary businesses, despite encouragement from state regulators.

Under the Obama Administration, the Department of Justice ("DOJ") attempted to mitigate the effects of the federal prohibition by providing guidance to financial institutions seeking to offer financial services to CRBs. In 2013 and 2014, the DOJ issued two memoranda (the "Cole memoranda") instructing federal prosecutors to prosecute only cannabis-related offenses listed on the DOJ’s eight enforcement priorities.7 In effect, the Cole memoranda granted a safe harbor from prosecution for financial institutions doing business with state-licensed CRBs so long as the underlying activities did not involve a significant federal interest, such as preventing the sale of cannabis to minors, preventing violence in the cultivation and distribution of cannabis, or preventing cannabis possession or use on federal property. The Rohrabacher-Blumenauer Amendment, first adopted in December 2014 and now part of annual appropriation bills, further prohibits the DOJ from using federal appropriated funds to prevent states from authorizing and regulating the use, distribution, possession or cultivation of cannabis for medical purposes (to the exclusion of recreational use).

Concurrent with the second Cole memorandum, FinCEN released guidance clarifying a financial institution's customer due diligence and suspicious activity reporting obligations with respect to CRBs based on the DOJ's enforcement priorities.8 Together with the Cole memoranda, the guidance signaled a significant shift in the federal government’s approach to enforcement against banks and credit unions doing business with CRBs. The DOJ's hands-off approach, however, came to an end in January 2018 when then-Attorney General Jeff Sessions rescinded the Cole memoranda and re-instituted "previously established prosecutorial principles" to guide federal prosecutors' enforcement efforts against cannabis-related activities.9 While the FinCEN guidance is still in effect, it is revocable and does not alter federal statutory authority to prosecute cannabis-related activities.10 Similarly, the Rohrabacher-Blumenauer Amendment only affords protections to the medical cannabis industry and must be renewed each fiscal year to remain in effect.

The SAFE Banking Act would relieve financial institutions from a significant amount of money laundering risk, but it leaves potential legal liabilities unaddressed and does little to change the economics of banking cannabis-related businesses. The SAFE Banking Act removes the threat of prosecution under federal criminal money laundering statutes by clarifying that proceeds from a transaction involving activities of a state-licensed CRB or service provider are not considered proceeds of a "specified unlawful activity" under federal law solely because the transaction involves such businesses. It also restricts the federal government's ability to forfeit assets associated with a state’s licensing cannabis regime, relieving concerns banks may have regarding making loans to individuals or entities associated with a CRB who may use cannabis-related assets as collateral.

As important as these relief measures are, they do not fully address all the legal risks financial institutions face when providing services to CRBs. Under the SAFE Banking Act, cannabis would remain a Schedule I controlled substance and its production, sale, or distribution would still warrant a significant criminal offense. While federal prosecutors would no longer be able to charge a bank with money laundering for providing banking services to CRBs, aiding and abetting charges, however, remain options. The SAFE Banking Act also maintains the Suspicious Activity Report ("SAR") requirement for cannabis-related transactions. Even if the US Treasury revises the 2014 FinCEN guidance on filing SARs related to cannabis-related transactions, one can expect FinCEN to maintain its requirements to file a SAR for every transaction related to an actual or suspected violation of any law or regulation. As a result, the anti-money laundering compliance obligation on a bank that provides services to a CRB would still be significant.

In considering the effects of Canada's legalization of cannabis on financial institutions, certain limitations of the SAFE Banking Act become clear. US financial institutions handling the proceeds of Canada's legal cannabis industry typically do not need to worry about US federal prosecution for money laundering as US law would likely not consider such proceeds to be proceeds of crime, nor for aiding and abetting a crime (since there would be no crime under Canadian or US law). Moreover, because transactions involving Canada's legal cannabis industry do not involve an actual or suspected violation of law or regulation, absent any facts to the counter, US financial institutions would not be required to file SARs on such transactions.11

Although nearly half of all House Republicans voted in favor of the SAFE Banking Act, its likelihood of receiving a Senate vote remains unclear. To assuage republican concerns, lawmakers amended the House bill to include protections for the hemp industry and prohibitions on regulators dissuading financial institutions from banking politically unfavorable clients such as gun retailers and payday lenders. Importantly, the highest-ranking House and Senate Republicans, House Minority Leader Kevin McCarthy and Senate Majority Leader Mitch McConnell, represent states standing to benefit the most from the SAFE Banking Act (i.e., states where some form of cannabis is already legal or the hemp industry is growing). In addition, Senate Banking Committee Chairman Mike Crapo said he intends to hold a vote on the legislation by the end of the year.

Although they are unlikely to undercut the bill's widespread democratic support in the Senate, certain advocacy groups and Senate Democrats have raised concerns about the bill "undermining broader and more inclusive efforts to reform marijuana laws."12 They favor the Marijuana Opportunity Reinvestment and Expungement (MORE) Act, which would deschedule cannabis on a national basis and ensure that related business opportunities are distributed equitably. A separate cannabis reform bill, the Strengthening the Tenth Amendment through Entrusting States (STATES) Act, would take a difference approach by deferring to state law and mandating that cannabis-related activities authorized under state law be made legal under federal law. Despite momentum for cannabis banking reform, the SAFE Banking Act could be easily deprioritized as the political landscape shifts this year. 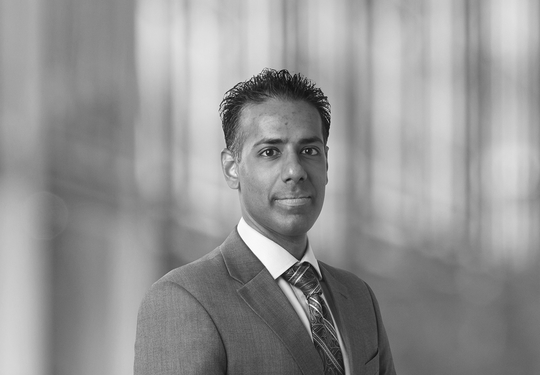