The Lehman Brothers Administration: Scheme to the Rescue

In September 2008, the seismic collapse of Lehman Brothers initiated one of the largest corporate insolvencies in history. Nearly ten years later, in a landmark decision, the High Court has sanctioned the scheme proposed by the administrators of its principal European trading arm, Lehman Brothers International Europe ("LBIE").1

The administration of LBIE has, after the repayment of all creditors, produced an unprecedented surplus of £6.6 billion, plus an estimated £1.1 – 1.7 billion of anticipated future recoveries. This surplus was effectively unavailable for distribution on account of creditors' interest claims until all inter-creditor disputes relating to priority and entitlement to the funds had been resolved. The various proceedings outstanding in the English Courts2 showed no signs of swift resolution, and creditors were suffering mounting losses in terms of the 'time value' of their money locked up in the administration.

LBIE's administrators therefore proposed a scheme of arrangement as the only realistic way to enable the distribution of the surplus without years of further litigation. Schemes are often used by companies in financial difficulties to reach a compromise with one or more classes of their creditors. The 'cram-down' mechanism is a powerful feature of a scheme which allows companies to override unanimous or super-majority consent requirements, provided that the scheme is approved by 75 per cent in value and a majority in number of voting creditors and sanctioned by the Court.

The use of a scheme by LBIE's administrators was a bold and ambitious approach for several reasons:

These challenges made the scheme an ambitious solution on its face. In this context, and given the quantum of claims, it was inevitable that there would be pressure points where the process and treatment of creditors created potential grounds for challenge and prompted careful consideration by the Court.

Creditors opposed to the scheme argued at the convening hearing that the proposed voting classes were improperly constituted. The classes consisted of:

(ii) Higher Rate Creditors (creditors under certain ISDA and other contracts entitling them to a higher interest rate), excluding the Senior Creditor Group;

(iii) the Senior Creditor Group,3 which had received a £35 million consent fee from the Wentworth Group4 as part of an arrangement under which it agreed to support the scheme;5 and

(iv) the Subordinated Creditor, a member of the Wentworth Group which held a subordinated debt claim.

The objecting creditors argued that the classes were improperly constituted as:

Hildyard J carefully reviewed the submissions of the objecting creditors and the previous case law, and noted that the question of class composition in the case was not straightforward. However, he declined to treat the Wentworth Group as a single legal entity and found that the Court was not required to split a class solely as a result of a 'conflict of rights' within that class. Importantly, the LBIE scheme's overriding objective was not a differential treatment of creditors within the same class, but the more general advantage of bringing about an expedited resolution of the dispute and distribution of the surplus. The Court therefore found that the rights of the Higher Rate Creditors were not, in the classic formulation, "so dissimilar as to make it impossible for them to consult together with a view to their common interest."

The scheme was approved by the requisite majorities of each class at the creditor voting meetings. At the sanction hearing, the Court assessed whether the members of the Wentworth Group, who comprised a significant proportion of the Higher Rate Creditors, had 'special interests' that were different from the other members of that class, which motivated their voting. The 'special interests' in this context were effectively the ancillary (and potentially adverse) rights and interests of the Wentworth Senior Creditors described above.

The Court declined to exercise its discretion to disregard the votes of the Wentworth Group or to refuse to sanction the scheme on fairness grounds. Hildyard J accepted that the interests of the Wentworth Senior Creditors were not only 'special interests', but were also in a sense 'adverse' to the interests of other Higher Rate Creditors. However, the Court found that the special interests of the Wentworth Group were not their dominant reason for voting in favour of the scheme. The scheme's overriding objective, namely the speedy distribution of the surplus to creditors, again featured in the Court's reasoning and was recognised as the driving force behind the creditors' voting. This reasoning was borne out by the voting results themselves, which showed that an overwhelming majority of the 'independent' Higher Rate Creditors had also voted in favour of the scheme.

LBIE debt has been traded extensively throughout the administration, with many claims being held through sub-participations. Hildyard J confirmed that the existence of voting sub-participations will not generally affect class composition – a logical approach as a borrower will often not be aware of the identity of sub-participants in its debt. The Court noted that sub-participations may be relevant to the assessment of a scheme's overall fairness, but the fairness implications of the treatment of sub-participated claims in the LBIE scheme was not considered in detail.

The voting procedures for the LBIE scheme provided that creditors who had sub-participated their claims were entitled to request that the administrators split those claims for voting purposes. Where sub-participated creditors split their votes in this way and cast at least one vote in favour and at least one vote against the scheme, they were counted for the purposes of the numerosity threshold (i.e. determining whether the scheme was approved by a majority in number of the relevant class) as having cast just one vote in favour and one vote against. The potential implication of this treatment is that for the purposes of the numerosity threshold, a large number of sub-participant votes against a scheme could be effectively cancelled out by a much smaller number of sub-participant votes in favour (or vice versa).

This approach is also somewhat inconsistent with the 'contingent creditor analysis' on which the Courts have relied for bondholder schemes, in respect of which the legal and beneficial holders of the claim against the debtor are usually different entities.6 The difference in approach can potentially be justified on the basis that the position of sub-participants differs from that of bondholders in certain respects.7 Nonetheless, it seems preferable that the votes of 'indirect creditors' should be passed through either completely (where practicable) or not at all. This point was not ultimately considered by the Court in LBIE, and it will be interesting to see if a similar approach is approved in future cases.

The use of a scheme of arrangement in the LBIE administration to curtail the ongoing litigation and achieve a timely resolution of the process is another example of the power and flexibility of the key English restructuring tools. Hildyard J's comprehensive landmark judgment offers helpful insight into several areas of scheme jurisprudence, particularly in respect of class composition, and will be of interest to practitioners and market participants alike. It is to be hoped that this development marks the beginning of the end of one of the most significant corporate insolvencies of modern times. 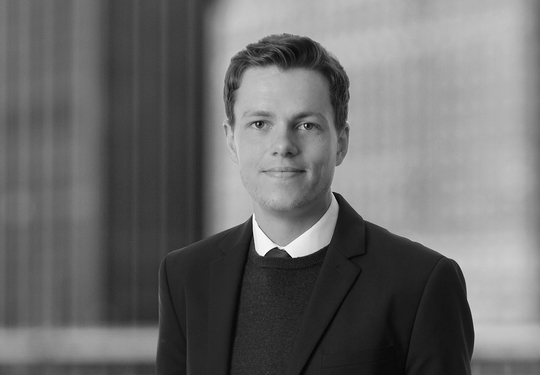 Will Stoner
view all