As it continues to enjoy record caseloads during the COVID-19 pandemic, the International Court of Arbitration of the International Chamber of Commerce (the "ICC" or "Court") sets out its vision for the future of dispute resolution with newly updated arbitration rules.1

The revision introduces changes intended to "mark a further step towards greater efficiency, flexibility and transparency."4 Mindful of the fast-changing world in which its Rules operate, the ICC refreshes its approach by codifying recent arbitral practices and anticipating the needs of the arbitration community.

The Salient Features of the 2021 ICC Rules

A Focused Approach to Efficiency and Flexibility

Under Article 22(2) of the 2017 ICC Arbitration Rules ("2017 Rules"), "to ensure effective case management, the arbitral tribunal, after consulting the parties, may adopt such procedural measures as it considers appropriate" (emphasis added). By replacing "may" with "shall", the 2021 Rules now confer upon arbitrators a positive duty to ensure effective case management.5

An extended scope for consolidations

With this update, the 2021 Rules adopt a more liberal approach to consolidation, with the compatibility of the relevant arbitration agreements becoming even more important.

Joinder of additional parties after the constitution of arbitral tribunals

Under the 2017 Rules, joinder of additional parties was permitted only with the consent of all parties and before the constitution of the arbitral tribunal.7 The new Article 7(5) allows an arbitral tribunal, once constituted and upon a party's request, to join a third party even where there is no universal consent.

Introduced by the 2017 revision to promote efficiency, the Expedited Procedure provisions (Article 30 and Appendix VI) have encountered a notable success with 146 cases filed up to the end of 2019.10

The 2021 Rules expand the scope of application of the Expedited Procedure provisions by raising the opt-out threshold from USD 2 million to USD 3 million.11 The amendment concerns arbitration agreements concluded on or after 1 January 2021. Arbitration agreements concluded on or after 1 March 2017 and up to the end of 2020 remain subject to the USD 2 million threshold.

Emphasis on Compliance with Due Process Principles

Equal treatment of the parties in the constitution of arbitral tribunals

Absent any joint nomination or agreement between the parties regarding the constitution of a three-member tribunal, Article 12(8) of the 2017 Rules entitles the Court to appoint each arbitrator and designate the president.12

However, this provision applies only where the dispute involves multiple claimants or respondents or where an additional party has been joined.13

In line with the well-known and long-standing Dutco decision of the French Cour de Cassation, this provision aims at ensuring compliance with public policy and preserving the enforceability of awards.16 As a limitation on the right of the parties to nominate their own arbitrator, the scope of Article 12(9) will certainly be a topic of further discussion.

Additional awards as a remedy for omitted claims

Under the 2017 Rules, awards already rendered could be subject to correction or interpretation by arbitral tribunals under the supervision of the Court.17 Article 36(3) now provides that, within 30 days of receipt of the award, a party may request the arbitral tribunal to issue an additional award to rule upon claims raised during the proceedings but left unaddressed in the award.

The revised provision seeks to strike a balance between the finality of awards and preserving awards from infra petita challenges before state courts. New Article 36(3) also brings the Rules in line with a number of other arbitration rules already dealing with this issue.18

The growing demand for transparency in international arbitration has resulted in an increased scrutiny into disclosure obligations of arbitrators. For example, the ICC requires arbitrators to disclose any relationship that he/she could have with "any entity having a direct economic interest in the dispute."19

In this context, the new Article 11(7) requires the parties to communicate promptly to the arbitral tribunal, the other parties and the ICC Secretariat the identity of "any non-party which has entered into an arrangement for the funding of claims or defences and under which it has an economic interest in the outcome of the arbitration." The rationale behind this provision is to assist prospective arbitrators in their disclosure duties, thus ensuring compliance with the paramount standards of impartiality and independence of the arbitral tribunal. The drafting of the new Article 11(7) does not target (only) professional third party funders in specific fashion, although they are clearly intended to be caught.20

Article 17 of the 2017 Rules has undergone an overhaul to strike a balance between equal treatment and tactical counsel appointments. The new Article 17 mandates parties to notify the ICC Secretariat, the arbitral tribunal and other parties in a timely way of any change in their representation. In turn, the arbitral tribunal can decline the proposed change in counsel or limit their participation to part of the proceedings. The measure is chiefly aimed at preventing conflicts of interests between arbitrators and new party representatives.

Insight into the internal running of the ICC Court

The new Article 5 of Appendix II confirms that, upon any party's request, the Court may communicate its reasoning behind its decisions on the existence and scope of a prima facie arbitration agreement (Article 6(4)), consolidation of arbitrations (Article 10), appointment of arbitrators (Article 12), challenges to arbitrators (Article 14) and replacement of arbitrators on the Court's own motion (Article 15(2)).22 The request must be made in advance of the decision in respect of which reasons are sought.13 In "exceptional circumstances", the Court retains discretion to decline disclosure of its reasons.24

Article 43 and Appendix I confirm that any claims arising out of or in connection with the administration of arbitration proceedings by the Court shall be governed by French law and resolved by the Tribunal Judiciaire de Paris. This clarification is not intended to apply to challenges to arbitral awards.

A Focus on Growing Portfolios

In 2019, around 20% of the arbitration cases registered by the ICC involved a state or a state entity, a 67% rise over the past five years.25 In an effort to respond to the particularities of this increasing portfolio, the investor-state dispute settlement ("ISDS") provisions of the Rules have been improved with a few tweaks.

Article 11(7) on disclosure of third party funding equally applies to ICC treaty-based arbitrations, in a measure adopted in advance of the proposed reform of the ICSID Arbitration Rules.26

Article 13(6) of the 2021 Rules introduces a neutrality requirement in treaty-based disputes by barring all arbitrators forming the arbitral tribunal from holding the same nationality as any of the parties, unless the parties agree otherwise. (In contrast, the 2017 Rules only concerned chairs and sole arbitrators and did not extend to the co-arbitrators). The amendment addresses impartiality and independence concerns stemming from the public interest character of ISDS, mirroring a similar rule governing ICSID arbitrations.27

One of the case management techniques recommended by the 2021 Rules includes "encouraging the parties to consider settlement of all or part of the dispute", instead of merely "informing" them about that option as per the previous iteration.29 An express reference to the ICC Mediation Rules complements this provision in response to the growing number of settlements observed during the COVID-19 pandemic.30

Embracing the Digitalization of Arbitration

Under the 2017 Rules, Article 25(2) provided that "the arbitral tribunal shall hear the parties together in person" upon a party's request or on its own motion. Since the start of the COVID-19 pandemic, parties objecting to the conduct of virtual hearings have used this provision to argue the necessity of physical attendance, in particular where disputes involved an examination of fact witnesses and experts. In its Guidance Note on Possible Measures Aimed at Mitigating the Effects of the COVID-19 Pandemic released in April 2020 (the "Guidance Note"), the ICC had confirmed that the paramount purpose of Article 25(2) was to ensure "live adversarial exchange", which was considered satisfied if the hearings were to be held "by virtual means."31

The 2021 Rules remove any remaining doubt through their new Article 26, by empowering arbitral tribunals in specific fashion to decide between conducting hearings in-person and remotely. The decision is subject to two requirements: (i) as a preliminary step, the parties must be consulted, and (ii) "the relevant facts and circumstances of the case" must be taken into account. In addition to video and telephone conferences, an evolution in technology is anticipated in this new article by the reference to "any appropriate means of communication."

In the face of the COVID-19 pandemic, virtual hearings are becoming an increasing option for parties, with the laudable aim of reducing delays and costs. However, this format may not be the best answer to the circumstances of every case, and, despite the 2021 Rules allowing so, arbitral tribunals may not always be entitled to order a full virtual hearing under the lex arbitri. Time will tell as to how this provision will play out in a post COVID-19 world.

A call for green arbitration

Integral to the fight against climate change, dispensation of hard copies has for a number of reasons largely increased during the COVID-19 pandemic. In its Guidance Note, the ICC prompted all parties and arbitral tribunals to resort to electronic submissions.32

Following suit with the 2020 LCIA Arbitration Rules, the 2021 Rules confirm this trend by removing the presumption of paper filings. Article 3(1) now provides that all submissions, notifications and communications "shall be sent" electronically, instead of "supplied in a number of copies." Several provisions confirm that the parties must expressly request transmission by hard copy (Articles 3(2), 4(4)(b), 5(3)), and 1 of Appendix V).

While not expressly provided in the 2021 Rules, another change scheduled for 2021 concerns the online publication of all ICC awards and procedural orders as a default rule.33 For data privacy concerns, the parties will be provided notice in advance, with the opportunity to object or decide the modalities of publication, including anonymisation.34

The 2021 Rules introduce key features to further modernize and bolster "efficiency, flexibility and transparency", demonstrated notably by the new provisions pertaining to consolidation and joinder, party representation and disclosure of third party funding.

Tailored in real-time to ensure that arbitral proceedings move seamlessly during the COVID-19 pandemic and beyond, the 2021 ICC Rules also widen the authority of arbitral tribunals and the Court to decide on procedural matters. As a nuance, practice will tell if additional limitations on party autonomy for the sake of efficiency will be welcomed by users and followed by competing arbitral institutions. 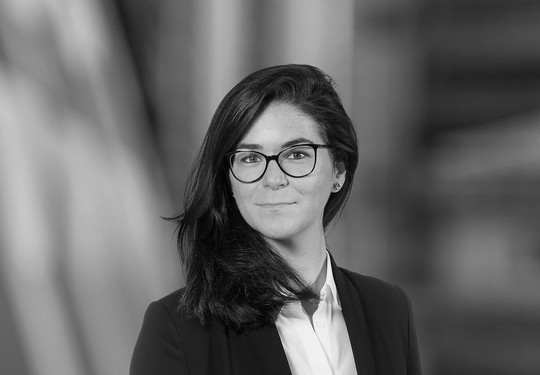