“The [KC] is widely regarded as one of Europe’s finest legal minds and his integrity is unimpeachable.”
The Independent

Andrew McDougall KC is a partner in the International Arbitration Practice and a member of the Firm's elected Partnership Committee. He serves on the Firm's Global Women's Initiative Committee and Global Leader Training Committee. He formerly served as chair of the EMEA Operations Council and head of the EMEA Disputes Section.

Andrew "is widely regarded as one of Europe's finest legal minds and his integrity is unimpeachable" (The Independent 2020). He is lauded as "a brilliant lawyer and leader in the arbitration community" who "has a wealth of experience in commercial disputes in the natural resources, construction, and M&A spaces" (Who's Who Legal 2022). Andrew is described by clients as an "excellent and effective lawyer" (Chambers 2022) and "extremely sharp regarding legal issues" (Chambers 2020). He is considered "a key figure in the firm's commercial arbitration practice" with "an increasingly prominent profile in the market" (Chambers 2019). Andrew "stands out as a 'powerhouse counsel' who is 'smart, measured and trusted' in major international disputes" (Who's Who Legal 2019). He is listed in Legal 500's Hall of Fame (Legal 500 EMEA 2022) and Who's Who Legal's Thought Leaders in Arbitration (Who's Who Legal 2022).

Andrew is known for his advocacy skills. He was appointed King's Counsel and is a trustee and former chair of the Foundation for International Arbitration Advocacy's Executive Committee. He is also a trustee and former recipient of the Fox Scholarship at Middle Temple and received A+ and the prize for Trial Advocacy in law school. "A strong advocate" (Chambers 2021), "sources praise his advocacy skills and report that he is 'one of the bright stars' in this area" (Chambers 2019). One source commented that "one of the best cross-examinations I have ever seen was done by him" (Chambers 2018). "Charismatic and persuasive" (Who's Who Legal 2018), Andrew is noted for "show[ing] great determination to understand the merits of a case, and provid[ing] excellent support and guidance to all witnesses" (Legal 500 2018).

Andrew represents Canada on the ICC Court, is a member of the ICC Institute, ICC Commission, ICC Canada and ICC France, and served on the ICC Task Force on Emergency Arbitrator Proceedings. He is on the Rosters of Arbitrators of the Court of Arbitration for Sport and the ICDR. Andrew has taught international arbitration at Université Paris 1, the University of Ottawa and the Moscow State Institute of Foreign Relations. He has also taught international arbitration advocacy for 20 years. Andrew is co-author of A Practical Guide to International Arbitration (Juris, 2020).

Nelligan Power Prize for Highest Standing in Trial Advocacy (A+)

LCIA Arbitration, 2022 – ongoing
Andrew represents a cryptocurrency group in an arbitration regarding a £100 million sponsorship agreement in the sports industry.

ICC Arbitration, 2022 – ongoing
Andrew represents an international mining company in a dispute over an earn-in agreement in relation to exploration permits in Africa involving emergency arbitrator proceedings and criminal investigations.

UNCITRAL Arbitration, 2022 – ongoing
Andrew represents a State-owned export credit agency in a US$350 million dispute regarding a political risk insurance policy over assets in Africa.

Dispute Adjudication and ICC Arbitration, 2022 – ongoing
Andrew represents a consortium of European contractors in a high-profile billion dollar dispute over a one-of-a-kind project in Latin America.

ICC Arbitrations, 2020 – ongoing
Andrew represented a European contractor in a US$260 million arbitration over construction of a plant in Australia, including Belgian litigation over trade secrets and confidential information, and represents it in an ongoing US$270 million arbitration in London over a billion dollar renewable energy project involving termination and emergency arbitrator proceedings.

ICC and Swiss Chambers Arbitrations, 2019 – ongoing
Andrew represents an African State in a mediatized US$1.3 billion dispute regarding a fraud, bribery, and corruption scandal.

Multiple Arbitrations and Adjudications, 2019 – 2021
Andrew represented Asian and European clients in numerous disputes related to a US$40 billion LNG project in Asia-Pacific.

ICC Arbitration, 2015 – 2017
Andrew represented a South American client in a US$650 million ICC arbitration in The Hague governed by English law over a shareholder agreement in the telecommunications industry in Africa.

Emergency Arbitrator Proceedings, 2013
Andrew acted as one of the first emergency arbitrators under the 2012 ICC Arbitration Rules in a dispute in Paris over an international sale of goods involving court proceedings in Brazil.

"An Introduction to the Revisions in the 2021 ICC Rules of Arbitration", 9 December 2020: ICC Canada

"The Play on Podcast - Sports Arbitration at the CAS", 10 September 2020: The Morgan Sports Law Podcast, Episode 4

"The Other Europe of Arbitration: European constraints in sport arbitration", April 2019: Status of Arbitration in Europe Annual Conference, Paris

"M&A arbitration disputes involving publicly listed companies–Perspective of in-house counsel" and "What happens when one of the parties in a several hundred million dollar arbitration over an option agreement does a public listing relying on the disputed asset?", May 2017: Dispute Resolution in M&A Transactions Conference (Court of Arbitration at the Confederation of Lewiatan), Warsaw

"The Process of International Arbitration: Are Procedural Practices still divergent or are they converging?", March 2014: Germany as Seat of Arbitration Conference (AFSIA / DAV), Frankfurt

"Recent Trends in International Arbitration", 80 year anniversary book of the Board of Business Practice of the Finnish Chamber of Commerce, October 2017 (with Tuuli Timonen and Nika Larkimo)

Chambers Global 2019, Dispute Resolution: International Arbitration – Canada
(Expert Based Abroad)
"He is noted for his international arbitration practice, and offers a wealth of experience in the natural resources, construction, M&A and IP space."

Chambers Global 2019, Dispute Resolution: International Arbitration – Europe-wide
"Wins plaudits from interviewees for his broad commercial disputes practice which spans the energy, IP and construction sectors. Sources praise his advocacy skills and report that he is 'one of the bright stars' in this area."

Chambers Global 2019, Dispute Resolution: International Arbitration – France
"A key figure in the firm's commercial arbitration practice. He has an increasingly prominent profile in the market and has experience in high-value energy sector mandates."

Who's Who Legal, Arbitration 2019
"Stands out as 'powerhouse counsel' who is 'smart, measured and trusted' in major international disputes. His broad experience spans the construction, energy and mining industries."

Who's Who Legal, France 2019
"Regarded as one of the 'outstanding individuals at the firm' 'who are all recognized as pre-eminent figures in construction and arbitration matters' and he 'receives recommendations from market commentators across Europe and North America for his excellent work handling joint venture, energy, M&A and IP disputes.'"

Leading Lawyer, Chambers Global 2018, Dispute Resolution: International Arbitration - France, Europe-wide, Canada (Expert Based Abroad)
"One of the best cross-examinations I have ever seen was done by him", "a quality lawyer doing good work"

The Legal 500 EMEA 2018
Noted for "show[ing] great determination to understand the merits of a case, and provid[ing] excellent support and guidance to all witnesses"

Who's Who Legal, 2018
"Charismatic and persuasive", "a truly excellent counsel", and "particularly commended for his work in the construction sector, where he is regarded as a top-class expert"

Who's Who Legal, France 2018
"Hugely experienced in construction arbitration and is 'very impressive' when it comes to handling related disputes in the EMEA region."

Who's Who Legal, France 2016
"Known for his 'exceptional advocacy skills' and his 'considered approach to proceedings'." "A leading figure in high-profile international disputes." "Impresses with his comprehensive 'strategic mind-set' and 'outstanding powers of persuasion'." "Famed for his 'fantastic advocacy skills', as well as his 'ability to digest and manipulate large amounts of technically complex information'."

The Legal 500 EMEA 2015
"Impressive… dedicated to his clients… well liked in the international arbitration community globally."

Who's Who Legal 2015
"An 'astute' and 'technically minded' lawyer… 'sensational' in arbitration and advocacy matters... [he] receives widespread praise for his 'expert handling' of cross-border disputes." 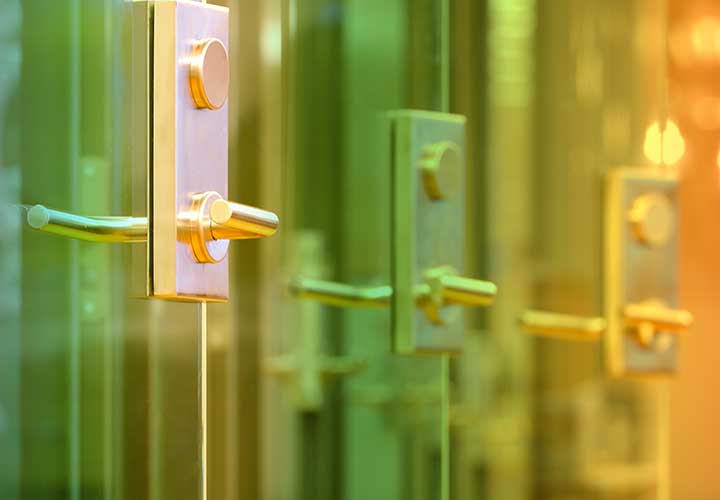