Re: Attilan Group Ltd – A Cautious Beginning for Rescue Financing in Singapore

On 8 November 2017, the High Court released its decision in Re Attilan Group Ltd [2017] SGHC 283 (the "Attilan" case). The decision is interesting as it marks the first time the High Court had the opportunity to hear arguments on section 211E of the Companies Act (the "Act") on super priority for rescue financing.

Section 211E is part of Singapore's innovative and bold framework on debt restructuring, which was introduced earlier this year1. The new regime is a fascinating hybrid as it is the first restructuring model globally which incorporates US-style chapter 11 provisions into a largely pro-creditor regime with deep common law roots.

The debtor in Attilan was a Singapore-incorporated company that was listed on the Singapore Exchange. The debtor started experiencing financial difficulties when the subscriber of its convertible loan notes ("Notes"), Advance Opportunities Fund 1 (the "Subscriber"), refused to subscribe to agreed further tranches of Notes as a result of proceedings Philip Asia ("PA") had commenced against the debtor. The proceedings were based on a guarantee provided to PA by the debtor's subsidiary.

In view of its financial difficulties, the debtor sought a scheme of arrangement to restructure its financial affairs and ultimately to remain as a going concern. In connection with this, the debtor applied for additional sums to be disbursed by the Subscriber under the existing subscription agreement ("Additional Sums") to be treated as "rescue financing" and to be given super priority in the event of the debtor's winding up.

The judge accepted that the Subscriber's proposal to forbear from terminating the subscription agreement and continue supporting the debtor through the advance of the Additional Sums was sufficient to constitute rescue financing. However, the judge disallowed the debtor’s application for super priority.

The debtor had applied for super priority for rescue financing under the first two limbs of section 211E, which broadly allows the court to order that the rescue financing:

The judge noted that super priority status should only be granted where "strictly necessary". As such, the debtor needed to adduce some evidence that it was unable to obtain normal financing in order for the court to exercise its discretion in favor of super priority under section 211E(1)(a), even though that is only an express requirement under section 211E(1)(b). Whilst the debtor need not show that he had sought credit from every possible source, there must be evidence that there were serious attempts at securing alternative financing.

In this case, the judge was of the view that the debtor did not undertake reasonable efforts to secure alternative funding on a normal basis in the circumstances. The debtor had offered evidence of the following:

Further, the judge noted that in order to support the position that the terms imposed by the Subscriber were the best terms that could be obtained in the circumstances, the debtor needed to have credible evidence such as correspondence relating to the rejection by or negotiations with other financial institutions or possible rescuers.

The decision in Attilan is consistent with the position in the US, and in arriving at his conclusion, the judge relied heavily on US cases which he considered to be useful in construing the new provisions on rescue financing. Section 211E is largely derived from equivalent US provisions and the thrust of the provisions in both jurisdictions is much the same.

The decision in Attilan is well-reasoned, but its tone is circumspect. The judge stated that super priority should not be "ordinarily resorted to" and should only be granted where "strictly necessarily" given that it disrupts the expected order of priority of creditors. The cautionary tone of the judgment is understandable on the facts: the debtor had not offered credible evidence that no funding could have been reasonably received without any offer of super priority. The debtor offered mere assertions that attempts to secure alternative financing would have been futile given its financial position but these were not sufficient to persuade the court. In addition, the debtor did not appear to have given much thought to the rationale for and the level of super priority that was sought.

Going forward, applicants for super priority should be prepared to adduce evidence that any proposed rescue financing is considered to be in the exercise of sound and reasonable business judgment and is in the best interest of creditors. The terms of the rescue financing should be reasonable, adequate and negotiated in good faith. Reasonable efforts should be made to secure alternative funding, which would include evidence that other lending or financial institutions were approached by the debtor. Correspondence showing negotiations with and rejections by lenders will be important if the debtor is to persuade the court to exercise its discretion in its favour.

Attilan suggests that market participants are still coming to grips with what is locally regarded as a novel concept in debt restructuring exercises. There is no doubt that the availability of super priority for rescue financing in Singapore is a positive step. Apart from giving companies that are distressed or operate in lacklustre sectors a new lease of life, the development of a debtor-in-possession financing market in Singapore will add to the dynamism and sophistication of the lending sector in the region over time. The judge's regard for US case law is to be welcomed and it is likely that US jurisprudence will be alluded to in respect of other provisions in the Act that are derived from Chapter 11. 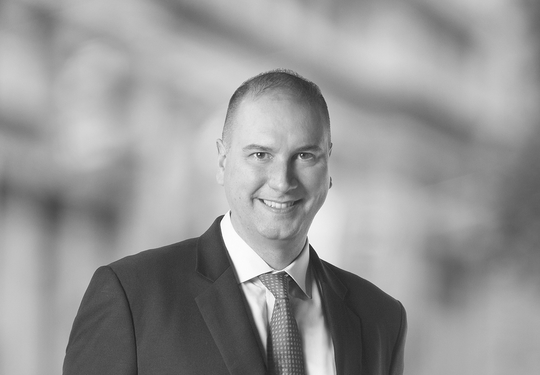