S.90A FSMA: Two strikes and its (not) out for Tesco

In an important judgment on the interpretation of section 90A of the Financial Services and Markets Act 2000, Tesco Plc failed to strike out two group litigation actions brought in relation to allegedly false and misleading statements made in respect of its trading profits in 2014.1

Two Claimant groups have brought actions against Tesco Plc under section 90A and Schedule 10A of the Financial Services and Markets Act 2000 (FSMA) to recover losses claimed to have been incurred due to their investment in Tesco shares made in reliance on allegedly misleading or dishonest statements published by the company in 2014.

Investments in publicly listed shares are now commonly executed in computerised form (through CREST) using custodians (and potentially sub-custodians) to acquire, hold or dispose of those shares (as appropriate). The legal owner of the shares acquired or held are CREST members rather than their client or any other intermediary within the custody chain. All Claimants invested in Tesco shares via this "dematerialised market".

Tesco applied to strike out the claims on the basis that the Claimants held their shares as part of a custody chain that involved more than one intermediary and that, as a result, Tesco could not be held liable to them under the relevant provisions of FSMA.

Section 90A of FSMA provides that an issuer of securities is liable to pay compensation to a person who has "… suffered loss as a result of (a) a misleading statement or dishonest omission in certain published information relating to the securities…".

The Court considered two arguments raised by Tesco on the construction of these provisions. In summary, Tesco argued that by virtue of investing in Tesco's shares via CREST:

While Tesco recognised that its interpretation would render section 90A and Schedule 10A of FSMA largely redundant in the context of the way the market operates, it asserted that this was a consequence of the law failing to keep up with developments in the securities market, and it was not for the courts to legislate so as to correct the position.

The Court rejected both grounds for strike out and therefore dismissed Tesco's application.

While Hildyard J agreed with some of the analysis put forward by Tesco in respect of its first argument,3 he disagreed ultimately with its conclusions and determined that "… the 'right to the right' which the investor has via the custody chain is, or can be equated to, an equitable property right in respect of the securities, and this [was] sufficient …" to establish the necessary "interest in the securities" required under FSMA.

Hildyard J also found that Tesco's second argument, which relied on a narrow interpretation of the terms "acquired" and "disposal" under schedule 10A of FSMA, was misconceived. He held that Tesco's approach failed to recognise that the Claimants' interest in the securities resulted from the transactions instigated by the Claimants themselves. Assuming the transaction was made by the Claimants in reliance on an untrue or misleading statement or omission in information published by Tesco, it would have been instigated by the Claimants to their detriment. In this regard, Hildyard J noted that "… The whole purpose of the relevant provisions of FSMA is to confer a statutory cause of action in respect of a transaction entered into in such circumstances …".4 Further, he noted that "…ordinary principles of statutory construction required [it] to ensure that the statutory purpose [under the relevant provisions of FSMA] is not thwarted…".5

In light of this and past authorities, Hildyard J held that the terms "acquire" and "disposal" for the purposes of Schedule 10A FSMA should be given a broad meaning, encompassing the creation and termination of an interest in the relevant security.

Hildyard J remarked in his judgment that it was "unsettling" that the expression providing the touchstone of standing to make a claim for compensation in respect of untrue and misleading statements or omissions in listing particulars or a prospectus should be open to such legitimate challenge and doubt in its application to the market standard.6 His decision is therefore significant for and will be welcomed by investors, given how commonplace these investment structures are for publicly listed shares.

If, on the contrary, Tesco had successfully struck out these actions, it would have given rise to an unsatisfactory loophole in a cornerstone of FSMA's statutory regime, potentially leaving the majority of investors of securities without the ability to rely on the protection which it is intended to provide. The claims will now continue to trial and it remains to be seen whether Tesco will defeat these claims at that later stage. 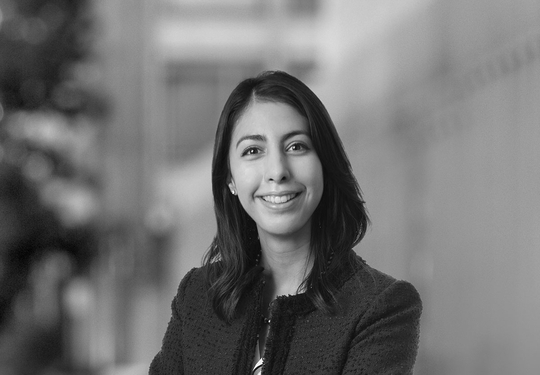