The Sanctions and Anti-Money Laundering Act, which received royal assent on 23 May 2018, creates a framework for the UK's sanctions and anti-money laundering regimes post-Brexit. Although the Act does not give full details of these regimes, it suggests that sanctions compliance requirements for UK companies are likely to increase significantly post-Brexit.

In particular, the prospect of sanctions being applied to persons identified by description (rather than by name) will force many UK businesses to enhance their sanctions screening processes, and the UK's sanctions reporting requirements will dramatically expand to apply to all individuals and companies, with failure to comply being a criminal offence. UK businesses should consider what changes to their systems and controls may be needed ahead of the Act coming into force next year.

Why is the Act needed and what does it do?

Currently, most UK sanctions and anti-money laundering (AML) measures originate from the EU acts. In the case of sanctions, these often implement United Nations sanctions, but also feature unilateral EU measures. The UK implements these measures via the European Communities Act 1972, which will be repealed as part of Brexit. The EU (Withdrawal) Bill will copy existing measures into UK law post-Brexit (with some adaptations to reflect the fact that the UK is not an EU Member State), but will not allow those measures to be updated or new measures to be introduced.

The Act enables the UK to do this. The main provisions will take effect at a date to be determined, expected to be the date of the UK's formal exit from the EU. It gives the Government broad powers to introduce sanctions and AML measures through Ministerial regulations, allowing the UK to develop its own sanctions and AML regimes post-Brexit. The main features of the Act are set out below.

Public registers of beneficial ownership in the UK's overseas territories

The Act requires each UK overseas territory – including the offshore financial centres of the Cayman Islands, Bermuda and the BVI – to establish a publicly accessible register of beneficial ownership of companies registered in its jurisdiction. Any territory that fails to do so by 31 December 2020 will have a register imposed by the Government.1

The Act gives the Government wider powers to impose various types of sanctions. These include financial sanctions, immigration sanctions, trade sanctions, as well as aircraft and shipping sanctions. Such sanctions can be imposed to comply with UN obligations, or if the Government considers that they would further a number of policy objectives, such as UK foreign policy, international peace and security, the resolution of armed conflicts, or support for human rights (as discussed below).

The expanded powers give the Government greater flexibility to impose sanctions, but increase the likelihood of longer-term divergence from the EU's sanctions regimes. The Foreign Secretary has emphasised that it is in the UK's and the EU's interests to cooperate on sanctions post-Brexit, and close cooperation is likely in the short term. Political considerations, including the willingness to align measures with other jurisdictions in order to increase pressure on foreign regimes, will determine how long this lasts and to what degree. Substantial divergence is likely to increase compliance costs for businesses that need to comply with both EU and UK sanctions.

A typical sanctions measure is the 'asset freeze', whereby the assets of certain designated persons are frozen, and it is prohibited to make available to them any funds or economic resources. Designated persons (both individuals and entities) are listed in a consolidated list by name and known identifying characteristics. The Act envisages that the asset freeze could also cover unnamed persons, identified only by their description. This might be done in situations where it is not practical to name all relevant persons individually. The description must be sufficiently precise that a reasonable person can know whether a particular person falls within it, and the Government intends to provide as much information as possible when this power is used, to make it easy to identify the relevant persons.

It is unclear how straightforward it will be in practice for businesses to identify customers and counterparties falling within a given description. Regardless of the information provided by the Government, businesses with limited information about customers or counterparties will find it difficult to assess whether they are covered. Businesses are likely to need significant enhancements to their due diligence and sanctions screening processes, given that they will no longer be able to rely on simply running the names of customers and counterparties against the consolidated lists of designated persons.

Under the Act, all future UK sanctions may include broad reporting obligations. The Government has indicated that it plans to use the Act to extend the UK reporting requirements (and the related criminal offence) to all natural and legal persons. The Government believes the impact will be limited, because everyone should already be complying with the wider EU requirements. However, where in practice this is not the case (e.g. because businesses are not fully aware of the EU requirements), the expanded requirements are likely to impose an additional compliance burden on UK businesses, with those that fail to comply facing criminal penalties. Businesses will need to be confident that their systems and controls cover reporting potential breaches of sanctions and interactions with sanctioned persons.

A so-called 'Magnitsky clause' allows the UK to impose sanctions to punish or deter "gross violations of human rights". This is narrowly defined to mean torture (or other cruel, inhuman or degrading treatment), carried out or approved by public officials, of human rights activists or anyone seeking to expose illegal acts by public officials. Sanctions may also be imposed more generally to "promote compliance with international human rights law or respect for human rights". New powers set out in the Criminal Finances Act 2017 allow the authorities to seize assets linked to such conduct.

It remains to be seen how broadly 'respect for human rights' will be interpreted, although the decision to impose sanctions on that basis is likely to be subject to political considerations. The risk of negative business impacts from such sanctions may prompt more companies to carry out human rights due diligence throughout their value chain.

Limits on compensation for designated persons

Under the Act, someone who successfully contests their designation will not be entitled to compensation, unless the sanctions were imposed negligently or in bad faith. This may prove controversial. The Government's position is that this is a practical measure to ensure that sanctions can be imposed quickly, in situations where full information is not available (as is often the case), without incurring unacceptable financial risk to the taxpayer. However, it is questionable whether this restriction accords with human rights law (despite the Government's position that it does)2, and it may well be challenged in court.

New UK sanctions may apply to conduct by any persons in the UK or its territorial sea, or conduct elsewhere by UK nationals or bodies incorporated in the UK. Meanwhile, EU sanctions apply within the EU territory and airspace, on board aircraft and vessels under a Member State flag, to nationals of Member States and legal persons incorporated under the law of a Member State, and to any person, entity or body in respect of any business being done in whole or in part within the EU.

In practice, there will be many situations in which both UK and EU sanctions may apply – for example, where UK nationals or UK-incorporated bodies are operating within the EU. In such cases, businesses will need to ensure that their compliance policies and procedures are adapted to both regimes.

The broad picture coming out of the Act is one of increased Government powers and increased compliance requirements, particularly around sanctions. UK businesses have time to consider how the Act will affect their compliance measures, but are missing much of the necessary detail, given the Act's dependence on secondary legislation. It is hoped that the Government's promised guidance on complying with the Act will be published promptly and shed some light on the steps to take. In the meantime, businesses should consider whether there are compliance issues that can be addressed now (e.g. around sanctions reporting), to reduce the work required when the Act comes into force.

1 See our previous alert 'Transparency in the territories' for analysis of this measure.
2 For example, the European Convention on Human Rights includes rights to the protection of property and to an 'effective remedy' for any violation of rights, even if the violation is committed by government officials. The Human Rights Act 1998 makes these rights part of UK law. If a person is wrongly subject to sanctions that cost them millions of pounds and irreversibly ruin their business, they are unlikely to view mere quashing of the sanctions as adequate compensation. 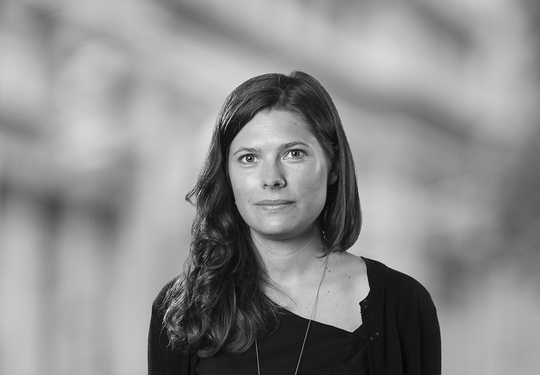