In recent weeks, the Trump administration and members of the US business community have continued to engage with the US Congress to advocate congressional approval of the US-Mexico-Canada Agreement (USMCA), which they have identified as a top priority.

However, several recent developments have reinforced our view that Congress is unlikely to approve the Agreement this year or in 2020.1 Opposition to the Agreement among congressional Democrats – including some members of the moderate "New Democrat Coalition" – appears to be intensifying, and the House Democratic leadership has joined labor groups and progressive Democrats in demanding renegotiation of the USMCA text and implementation of Mexican labor reforms prior to House consideration of the Agreement. In addition, the Trump administration has remained unwilling to eliminate its Section 232 restrictions on Canadian and Mexican steel and aluminum, which Members of both parties have cited as a precondition for any vote. Finally, the US International Trade Commission's (ITC) recent economic assessment of the USMCA prompted prominent congressional Democrats to criticize the Agreement, despite the ITC's topline findings that the USMCA would produce small economic gains for the United States. We discuss these developments and the broader outlook for the USMCA below.

House Speaker Nancy Pelosi (D-CA) indicated this month that her previously-stated concerns about the USMCA's enforcement provisions can be resolved only through renegotiation of the USMCA text, and that the Trump administration's preferred approach (i.e., to address such concerns in the USMCA implementing legislation) would be insufficient. She stated that "enforcement has to be in the treaty, not in the implementing legislation" because implementing legislation "only bears on how we act", rather than on the actions of the other USMCA parties. Speaker Pelosi also declared that the House of Representatives "can't even consider" the USMCA until Mexico has not only enacted, but also implemented, reforms to its labor laws that were specified in the USMCA. She said that "[w]e have to see that [Mexico passes] the legislation, that they have the factors in place that will make sure it's implemented and they demonstrate some commitments in sincerity…we have to see the evidence of what's happening, not only that they pass the bill but implement the policy."

These demands are a significant obstacle to the USMCA's passage. All three USMCA parties have rejected the possibility of renegotiating the agreement – a position that Mexico reiterated after Speaker Pelosi's comments – and the process would likely be time-consuming and contentious even if the parties agreed to do so. Moreover, making US congressional consideration of the USMCA contingent on Mexico's implementation of labor reforms – which entail, among other things, the creation of new administrative bodies and labor courts – could delay that consideration by several weeks if not longer. Though the Mexican Congress is expected to enact labor reform legislation by May 1, observers have noted that the budget and regulations of the new administrative body and labor courts must subsequently be submitted to the Mexican Congress and approved, and that implementation of the reforms therefore will not be immediate.

Notably, key labor groups such as the AFL-CIO have taken the same position as Speaker Pelosi regarding the preconditions for a USMCA vote. AFL-CIO President Richard Trumka stated this month that the text of the agreement must be renegotiated to fix "enforcement" issues, and that Mexico must implement labor reforms before a USMCA vote can proceed. He expressed skepticism that Mexico can enact and implement the necessary labor reforms in time for the USMCA to be approved during the summer of 2019.

On April 9, House Ways and Means Committee Chairman Richard Neal (D-MA) sent a letter to US Trade Representative (USTR) Robert Lighthizer explaining that "in the next days, you will be hearing more from my colleagues and from me about our concerns with the new agreement", including with respect to labor and environmental standards, enforcement, and "access to affordable healthcare". House Democrats subsequently sent four letters to USTR Lighthizer raising concerns about the USMCA. Notably, all four letters were signed by members of the moderate New Democrat Coalition, whose votes are considered essential to securing the approval of the USMCA implementing legislation in the House of Representatives.

The above letters indicate that some moderate Democrats are taking positions similar to those articulated by Speaker Pelosi, progressive Democrats, and labor groups regarding the USMCA, including the overarching concern that the USMCA's dispute settlement provisions are ineffective. Moreover, some moderate Democrats have recently appeared sympathetic to Speaker Pelosi's demands for renegotiation of the USMCA text. For example, Rep. Kind, who serves as Co-Chair of the New Democrat Coalition's Trade Task Force, stated this month that "we need a better explanation from [USTR Lighthizer] and Canada and Mexico why it would be so difficult to go in and tweak the agreement, make those changes in the body as opposed to doing something outside the agreement." These developments represent a setback for the Trump administration, which is targeting moderate House Democrats in its effort to secure approval of the implementing legislation.

Lack of progress on removal of Section 232 tariffs

As we have reported, several Members of Congress – including Senate Finance Committee Chairman Chuck Grassley (R-IA) – have taken the position that the United States' Section 232 tariffs on steel and aluminum from Canada and Mexico must be removed before Congress considers the USMCA. However, negotiations between the United States, Canada, and Mexico regarding the removal of the restrictions appear to have stalled due to the United States' continued insistence that the Section 232 tariffs be replaced by quotas. The United States reportedly has shown no flexibility on this issue, including with respect to the proposed quota volumes, citing the need to maintain the overall level of protection provided to the domestic industry by the Section 232 measures. Canadian Ambassador David MacNaughton stated earlier this month that "[t]here are no negotiations at the present moment [on Section 232]…there have been what I would describe as restating positions." It is unclear whether the Trump administration will yield on this issue, particularly given the President's personal opposition to reducing the level of protection for US steel and aluminum producers under Section 232. However, failure to do so could cost the administration crucial support for the USMCA, including among some Republicans who have insisted that they will not vote for the Agreement unless the tariffs are removed.

On April 18, the ITC released its economic assessment of the USMCA, as required by section 105(c) of the Bipartisan Congressional Trade Priorities and Accountability Act of 2015. The ITC projected that the USMCA would increase US real GDP by $68.2 billion (0.35 percent) and US employment by 176,000 jobs (0.12 percent), in contrast with a recent IMF study which projected that the agreement would have a negligible effect on GDP. Though the administration touted the ITC's findings, experts have noted that the ITC employed a different methodology than it has used in past FTA assessments, and that the new methodology assigned greater weight to "provisions that reduce policy uncertainty" related to international data transfer, cross-border services, and investment. When such provisions are excluded from the analysis, the ITC finds that the USMCA would decrease US real GDP by 0.12 percent and US employment by 0.04 percent. The ITC also found that, while the USMCA's automotive rules of origin would lead to a net increase of 28,000 jobs, they also would (1) increase vehicle prices (prompting a decline in vehicle consumption), (2) reduce US vehicle production, employment in vehicle production, and exports; and (3) lead to an increase in US imports from outside North America. Perhaps anticipating such findings, USTR published its own report (on the same day as the ITC report) claiming, based on information collected from US automakers, that the USMCA auto rules would lead to significant increases in US automotive investments and employment. However, observers have noted that many of the investment decisions touted in the report predate the USMCA (and in some cases, the Trump administration).

Despite the ITC report's positive topline findings, its release prompted key congressional Democrats to criticize the USMCA. Chairman Neal stated that "we must closely review analyses of the terms of the agreement relating to labor, environment, enforcement, and intellectual property, as I remain concerned that these portions of the renegotiated deal are not yet acceptable." Senate Finance Committee Ranking Member Ron Wyden (D-OR) said that the report "confirms what has been clear since this deal was announced – Donald Trump's NAFTA represents at best a minor update to NAFTA, which will offer only limited benefits to U.S. workers." House Ways and Means Trade Subcommittee Chairman Earl Blumenauer stated that "[b]efore the release of the ITC report, I believed that the renegotiated NAFTA, as written, needed to be improved before House consideration. Nothing in this report alleviates those concerns."

As these events show, the Trump administration has encountered major obstacles in its effort to secure congressional approval of the USMCA, and Democratic opposition to the Agreement appears to be intensifying. The 2020 presidential election, which will be in full swing later this year, will exacerbate these challenges. We therefore see only a brief political window (i.e., this summer or early fall) during which approval of the USMCA by the current Congress is politically feasible. However, this would require quick action on the part of the administration. Indeed, even if USTR were to submit the draft statement of administrative action for the USMCA on May 1, it would not be able to submit the implementing legislation until June 4, based on the current congressional schedule and the requirements set forth in TPA. This would leave just 27 legislative days for the House to consider the agreement before the August congressional recess, meaning that the House could not approve the Agreement this summer unless it agreed to act far quicker than the TPA timelines require (which appears unlikely). Assuming the implementing legislation is introduced on June 4, a House Ways and Means Committee vote would not be required under TPA until October 21, a House floor vote would not be required until November 21, and a final vote in the Senate would not be required until February 7, 2020, based on the current legislative schedule. Moreover, the submission of the implementing legislation could be delayed further if congressional Democrats continue to insist upon renegotiation of the USMCA text, implementation of Mexican labor reforms, and other accommodations prior to consideration of the bill, and the Trump administration remains reluctant to submit the bill over Democratic objections (which would greatly diminish its chances of approval). Thus, unless the Trump administration is able to quickly satisfy or persuade Democratic lawmakers to drop their demands, which currently appears unlikely, congressional consideration of the implementing legislation will be pushed well into the 2020 presidential election cycle, making it far more difficult to secure approval of the bill. We therefore see a less than 30 percent chance that Congress approves the USMCA implementing legislation this year or in 2020.

1 For our previous assessment of the USMCA's prospects, please refer to the W&C US Trade Report entitled Prospects for US Congressional Approval of the US-Mexico-Canada Agreement, dated March 20, 2019.
2 The "May 10 framework" refers to an agreement reached by the George W. Bush Administration and congressional Democrats on May 10, 2007 setting out agreed principles on labor, environment, IPR, government procurement, and foreign investment to be applied to four FTAs under consideration at that time: Colombia, Panama, Peru, and South Korea. The May 10 framework has since been viewed by Congressional Democrats as a benchmark that should be met or exceeded in all new US trade agreements. 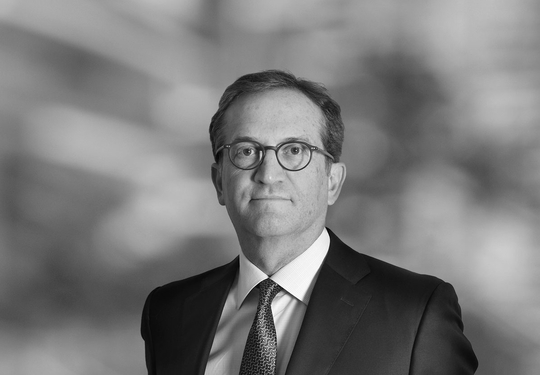