On May 21, 2019, the United States District Court for the Northern District of California found that Qualcomm violated the Federal Trade Commission (FTC) Act, in an antitrust decision significant to licensing standard-essential patents (SEPs) under fair, reasonable and non-discriminatory (FRAND) terms. Judge Lucy Koh's ruling found that Qualcomm's licensing practices have "strangled competition in the CDMA and premium LTE modem chip markets for years and harmed rivals, OEMs and end-consumers in the process." 1 The Court concluded that as a result of its licensing practices, Qualcomm is a monopoly, and that its conduct is an "unreasonable restraint of trade" constituting "exclusionary conduct" under the Sherman Act, and therefore the FTC Act.  Judge Koh issued an injunction requiring Qualcomm not only to renegotiate its existing chip supply and licensing agreements with its customers, but also begin negotiating licenses with its competitors, i.e., other chip manufacturers, which Qualcomm had previously excluded.

Background of the case

The dispute in FTC v. Qualcomm centered on the FTC's allegations regarding Qualcomm's "no license, no chips" policy.  Qualcomm patented processors and other standard-essential technology used in mobile devices, mobile operating systems and cellular networks, and licensed its technology to more than 340 product companies, including phone vendors.  The Court noted that many of Qualcomm's premium LTE modem chips are required by "OEMs- producing premium handsets" and that there are no "available substitutes" for these chips. [3] Judge Koh found the lack of alternatives was a result of Qualcomm's refusal to license its SEPs to its competitors.  The FTC alleged that Qualcomm conditioned the sale of its modem chips on its product manufacturers' willingness to license its patents and enter into exclusive chip deal agreements.

The FTC only issued the original complaint after a split vote by the FTC Commissioners in the last days of the Obama Administration, with a rare dissenting written statement by then Commissioner Ohlhausen. In the complaint, the FTC raised several issues.  First, the FTC alleged that Qualcomm had considerable market power in the premium LTE modem chip market.  Qualcomm exercised that power, the FTC contended, in the form of excessive licensing fees to product manufacturers, its customers.  Further, the FTC argued that Qualcomm violated its SEP obligations by refusing to license its patents on FRAND terms.  Finally, the FTC accused Qualcomm of engaging in certain exclusive deals, foreclosing competition.

The trial underscored the importance of contemporaneous documents and customer evidence.  The FTC relied on email communications and written notes to support their allegations.  The FTC also stressed testimony by industry executives, including Apple, Inc. Chief Operating Officer Jeff Williams, who testified that Apple ended up paying a licensing fee five times higher than anticipated after being strong-armed in negotiations with Qualcomm over licensing.1 [6] Based on this evidence, Judge Koh concluded that Qualcomm had wrongfully suppressed competitors in the premium LTE modem chip market to demand unnecessary licensing fees from its customers.

The Court issued an injunction forbidding Qualcomm (i) from conditioning the supply of modem chips on a customer taking out a patent license; and (ii) from entering into exclusive dealing agreements for the supply of modem chips.  Additionally, Judge Koh ordered Qualcomm to negotiate license terms for its SEPs in good faith without the "threat of lack of access" or "discriminatory provisions." And lastly, the Court required Qualcomm to submit to compliance and FTC monitoring procedures for seven years. [8]

A rift between the DOJ and FTC

The FTC's lawsuit against Qualcomm has also led to the airing of an apparent conflict between the FTC and the Department of Justice's (DOJ) Antitrust Division.  On May 2, 2019, the DOJ filed a Statement of Interest in the case, contending that if the Court finds Qualcomm liable for antitrust violations, it "should permit additional briefing and schedule an evidentiary hearing" in order to resolve disputes regarding the impact of any relief.  The DOJ highlighted its concern that an "overly broad" remedy might "reduce competition and innovation" in markets for 5G technology, which would "exceed the appropriate scope of an equitable remedy." [10] The Antitrust Division's unusual entry into the FTC case highlights the current DOJ's concerns about regulatory overreach by antitrust authorities.

Judge Koh eventually declined the DOJ's request to hold an evidentiary hearing on the question of remedy, concluding it would be "unnecessary" due to the "considerable testimony, evidence and argument" presented at trial and the lack of "acute factual disagreements." [12] Although Judge Koh found some of the remedies requested by the FTC to be "either vague or not necessary," [11] she granted the majority of the FTC's initial requests, including the imposition of monitoring procedures, a prohibition of the challenged restrictions on licensing and OEM exclusivity, and the requirement to make licenses available on fair, reasonable and non-discriminatory terms.

On May 28, 2019, Qualcomm moved the District Court to stay its Order pending appeal to the Ninth Circuit or, in the alternative, pending resolution of its stay request.  Regardless of a stay, this case has already provided insight into the dangers facing companies when licensing standard-essential technology and the continued willingness of US regulators to pursue even the most complicated industries.  However, as demonstrated by the DOJ's involvement here, the antitrust agencies are not necessarily aligned, and the exact contours of the Trump Administration's enforcement priorities remain unclear.

1 Last month, Apple and Qualcomm resolved their dispute over Qualcomm's same "no license, no chips" strategies at issue in this case.  While the terms of the settlement remain confidential, a Qualcomm regulatory filing indicates that Qualcomm will receive at least US$4.5 billion from Apple for missed royalty and licensing payments under the terms.  Apple Inc. v. Qualcomm Inc., 3:17-cv-00108 (S.D. Cal.). 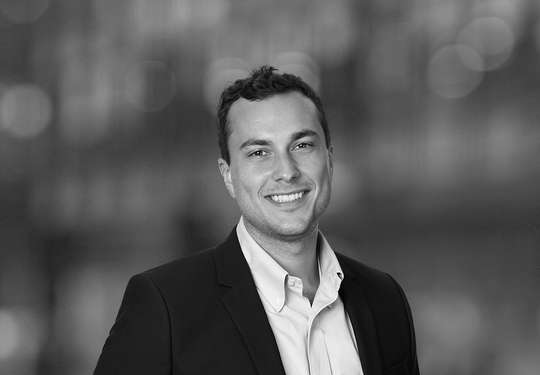