Is The Islamic Finance Industry in Africa Ready to Move Mainstream?

For more than a decade, market commentators have anticipated a significant expansion in Islamic banking and investment products based on Islamic principles into Africa. Certainly, Islamic finance has taken hold in North Africa, but penetration into Sub-Saharan Africa has been more circumspect.

With a Muslim population in excess of 250 million1 and a need to fund a multitude of infrastructure projects, it would be a natural conclusion to expect the Islamic finance industry to flourish across Sub-Saharan Africa. A number of political, socio - economic, legal and regulatory considerations have meant that there has been a more measured uptake. To-date, the Islamic finance industry in Sub-Saharan Africa has been opportunistic, driven principally by Sovereign Sukuk issuances. The approach by various legislature and regulators across the continent has been reactionary rather than proactively paving the way for Sharia-compliant finance.

Before we witness the rise of Islamic finance at predicted levels there needs to be a deeper domestic retail banking system providing the backbone to that industry. Deposits from retail customers form the basis on which domestic banks are then able to lend into the wholesale market in a Sharia-compliant manner. This, in turn leads growth in the financial sector and is accretive to the economy, providing healthy competition to investment entering from international banks. Wider proactive legislative and regulatory reform that not only authorizes the use of certain financial products but enables the effective supervision of domestic banking operations as well as actively attracting inbound investment will be crucial in moving Islamic finance mainstream.

Unbanked population: Tech can be a game changer for the retail Islamic finance market

Globally, 1.7 billion adults remain unbanked. The World Bank2 estimates that around 350 million of those are in Sub-Saharan Africa. There are many socio-economic factors behind this. From an Islamic banking perspective, it is interesting that amongst those reasons cited by adults without an account include religious concerns. In Niger, for example, where there is an almost exclusively Muslim population, around a quarter of adults without a bank account identify concerns of Sharia compliance as a barrier to them holding an account.

With rising Muslim populations across Africa, there is a clear need for domestic, Sharia-compliant retail banking. To attract new and, in many cases, currently unbanked customers, Islamic banks need to be innovative. It will not be enough to open a bank in a country; banks need to reach customers in new ways. The World Bank recently concluded that lack of proximity to a financial institution is a determining factor for the unbanked population yet two-thirds of them own a mobile phone that could help them access financial services.

By harnessing the digital space Islamic banks (or conventional banks operating through an "Islamic window") can create opportunities to grow significant market share not only from Muslim customers but from the currently unbanked population and/or the millennial generation who can each be encouraged to bank digitally. Ernst and Young predict the emergence of Islamic Fintech in Africa may attract 150 million new banking customers by 2021.3 The pace at which established Islamic banks in the Middle East have moved into Sharia-compliant digital banking and app-based payment platforms demonstrate that the tenants of Sharia compliance can work in tandem with technological evolution. In Kenya, the telecoms operator, Safaricom has already collaborated with Islamic Gulf African Bank to launch a Sharia-compliant mobile banking service. In an economy that is underbanked (from a Sharia compliance perspective) opportunities for launching new, easy access, digital Sharia-compliant retail products are boundless and it is this innovation which can change the map of Islamic banking coverage in Sub-Saharan Africa.

Reaching a new customer base may not be sufficient, investing in changes to the banking system will change the perception of Islamic banking from being a niche product for religious customers into a mainstream accessible alternative. The IMF has suggested that a lack of separate supervisory frameworks operating in countries with Islamic banks, the absence of Sharia-compliant accounting treatments being implemented, a lack of liquidity management for Islamic banks and a fundamental absence of consumer protection in Islamic products, together with insufficient segregation of Islamic and conventional assets within conventional banks are concerning gaps in the underlying prudential systems.4 This will need to be addressed to create longevity and robustness to the industry in Africa.

From a corporate finance perspective, there has been a tangible shift in the origination of investor funds into Africa. Increasingly, the Middle East based investors are bringing "new money" to the table for African sovereign and state-owned enterprises. The UAE invested an estimated US$11 billion in Africa in 2016, overtaking Saudi Arabia to become the largest GCC investor and the second largest in the world after China5 and such levels of investment are likely to continue.

This influx of new money is a positive break to the cycle of perpetual refinancing but it can bring an expectation of using Sharia-compliant funding. Investors (be they banks, foreign States or alternative investment funds) operating in the Islamic finance space have substantial liquidity to deploy and are looking for Sharia-compliant assets in which to invest. Priority needs across Africa for expansion in infrastructure, transport, and utilities are, broadly, Sharia-compliant industries rife to attract Sharia-compliant investors. The GCC's expertise in the energy sector and ability to execute large-scale infrastructure projects is appealing to African states and in turn, for the GCC, Africa offers diversification away from the traditional oil sector as well as a strategic trading partner for commodities. Shifting the focus away from questioning whether there is a domestic demand for Sharia-compliant funding, to focus on levelling the legal, tax and regulatory playing field to give the broadest possible access to diverse investors will ultimately enable the expedited inflow of much needed liquidity – in whatever form that takes.

So far, there have been moves to do this. Kenya: a jurisdiction which is positioning itself to be a "hub" within East Africa for Islamic finance has made changes to VAT and tax legislation and has brought together an advisory committee to develop policy change. Nigeria passed various legislation to allow equivalent tax treatment and for the recognition of "interest-free banking" principles and is making significant in-roads to providing guidelines for the industry. South Africa's National Treasury has taken measures to promote Islamic finance by amending their Income Tax Act to provide for parity of treatment between conventional banking products and Islamic banking products and there are various other examples.

But, to reach the point of the "level playing field" further systemic change is needed to continue to attract finance and investment from Sharia-compliant sources abroad with a continued focus on proactive reform departing from the reactionary and individualistic legislative changes we have seen in the past.

There continue to be huge opportunities for the industry across Sub-Saharan Africa and momentum has gathered behind the expansion of domestic and inbound Islamic finance with the industry reaching more countries across the continent than ever before. To continue on this expansionary trajectory and for the stable and continued development of the Islamic finance industry in Sub - Saharan Africa, Governments and industry stakeholders need to focus on greater reform to the banking, legal and regulatory landscape and the continued development of education and expertise in the sector.

This article first appeared in the June 2019 issue of Into Africa. For further information please visit: https://www.capitalmarketsinafrica.com/into-africa-june-2019-edition-african-banking-emerging-growth/ 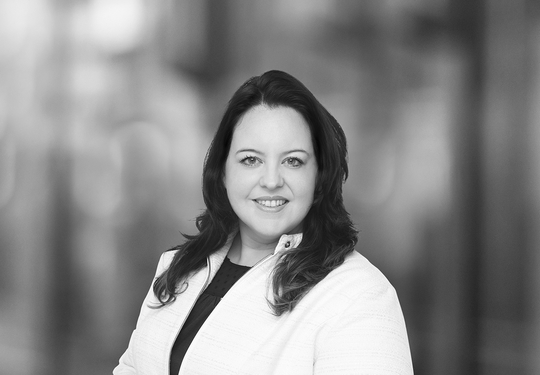