Robert Wheal and Gabriella Richmond of White & Case explore perceptions of bias in the adjudication process and some of the challenges this creates, particularly in arbitrations

Independence and the absence of bias on the part of decision-makers are seen as fundamental tenets of any adjudication process. Despite this, the way courts and tribunals approach questions of actual and perceived bias are very different. The recent English High Court decision in (1) Zuma's Choice (2) Zoe Vanderbilt v Azumi Ltd, which held that the mere fact that a judge had decided an earlier application or issues adversely to a litigant was not generally a reason for that judge to recuse himself at further hearings, confirms the practical stance taken by the English courts.

The approach taken in arbitration is often a contrasting one, and questions of bias are arguably approached from a more circumspect standpoint for a variety of reasons including the way in which the tribunal is appointed. In domestic court systems, judges are selected without input from the parties, whereas in arbitration the parties frequently have a say in which arbitrators are appointed.

The benefits of greater party autonomy and flexibility make arbitration an appealing form of dispute resolution but, by providing a degree of choice in tribunal selection, the door is opened for questions of bias relating to these choices.

Further, given the relatively small pool of experienced international arbitrators, it can be hard to escape from relationships between arbitrators, parties, counsel, chambers, law firms and the like. Experienced arbitrators with previous legal careers (or who are indeed still practising, unlike most judges) will have a wealth of relationships throughout the legal sphere. As independence and a lack of bias are crucial requirements of any judge or arbitrator, it is interesting to note the different perspectives of courts and tribunals on this question.

Basis for a challenge

Under English law, the test for establishing bias is as set out in the 2002 decision in Porter v Magill – whether a "fair minded and informed observer", having considered the facts, would conclude that there was a "real possibility" of bias.

The International Bar Association guidelines on conflicts of interest in international arbitration have also gained wide acceptance as establishing an international guideline for questions of bias, and Article 12 of the UNCITRAL Model Law has also received wide-ranging legislative approval. Under this article, an arbitrator "may be challenged only if circumstances exist that give rise to justifiable doubts as to his impartiality or independence".

Despite rooting itself in national legal systems at various stages, arbitration takes place on a widely international stage: the meeting of many legal cultures across the world marketplace contributes to the different thresholds when considering actual or perceived bias. Although the starting point may objectively be the same in most jurisdictions – in that an arbitrator must not be linked to either of the parties and must not have any interest in the outcome of the dispute – what could be perceived as a risk to independence is more subjective.

Practitioners from different jurisdictions may evaluate the dangers differently, and any international rules or guidelines must be general enough to cover multiple scenarios in multiple jurisdictions, leaving them open to interpretation. In comparison, the test for actual or perceived bias in English law has come before the courts many times.

A commonly occurring type of conflict of interest is a professional relationship between a judge or arbitrator and the parties or counsel. This was the question that arose in Zuma's Choice. An infringement claim had been brought by Azumi, which operates Japanese restaurants under the name "Zuma", against Zoe Vanderbilt and her company, Zuma's Choice Pet Products.  Vanderbilt had applied for summary judgment before a recorder who happened to also be a practising barrister in the same chambers as counsel for the respondents. She sought for the recorder to recuse himself due to a perception of apparent bias, which he did not, and Lord Justice Floyd upheld this decision. Vanderbilt also unsuccessfully applied for Floyd LJ to recuse himself as he had refused two previous applications. It is interesting to note the strength of the position of the English courts in maintaining that connections such as chambers, or law firms, in most circumstances do not compromise a judge's ability to maintain independence.

Arbitration starts from a more cautious standpoint when considering professional relationships. For example, in an London Court of International Arbitration decision from 2009, a challenge regarding an appearance of bias was upheld against the appointment of an arbitrator who was a commercial barrister specialising in insurance matters, and was regularly instructed by one of the respondents.

Those instructions comprised 11% of all his instructions over the previous five years. The decision stated that it "did not follow that a fair-minded and informed observer […] should be as fully attuned with local traditions and culture as a member of the community, or wholly uncritical of it". So, despite the fact that the test under English law was the starting point (and the arbitration was seated in London), emphasis was placed on the fact that the challenge related to an international arbitration and therefore different considerations had to be taken into account.

In direct contrast to Zuma, it is also worth noting ICSID's decision in Hrvatska Elektroprivreda dd v Slovenia, where the tribunal itself disqualified a lawyer from appearing in the proceedings due an apprehension that the lawyer's involvement might lead to an "appearance of impropriety" on the part of the president of the tribunal.

At a late stage in the proceedings, the respondent had appointed counsel of the same chambers as the president, and the claimant objected as they feared this would compromise the perception of the president's independence and impartiality even where it was accepted that there was no actual bias.

Although the unusual facts perhaps make this an outlier, it is also interesting to note that counsel for the claimant contended that their client (a Croatian entity) was unfamiliar with the chambers system and derived no comfort from the status of English barristers as separate, self-employed legal practitioners. In this case, a mere appearance of potential bias was enough to uphold the challenge. Another example where difficulties can arise is in the degree of overlap between arbitrators and their law firms. For example, in another ICSID case, Blue Bank v Venezuela, an arbitrator was disqualified on the basis that an office of his law firm based in another jurisdiction was acting against Venezuela in a different arbitration. The arbitrator had no direct involvement in the parallel case, but was a member of the law firm's international arbitration steering committee and it was felt that the shared corporate name and the existence of the steering committee at a global level implied a degree of overall coordination between the different firms comprising the international firm as a whole.

The relatively small world of arbitration specialists and subsequent wealth of relationships, coupled with the freedom of choice parties are given in appointing arbitrators and choosing institutions, provides a variety of potential grounds for a challenge on bias.

In that context, independence and impartiality exist as pillars of natural justice, with questions of actual or apparent bias relating to both. Rules and guidelines establishing these principles can be found throughout international arbitration, and they are also firmly established in English law.

However, the various decisions by both courts and tribunals on these questions illustrate the issue is often approached differently by international tribunals and the English courts. The test in Porter v Magill under English law creates a practical threshold which has been widely tested over the years. In comparison, the standard under international arbitration is influenced by institutional rules, guidelines and national laws, all of which must exist within the framework of the jurisdiction in which they operate. As a result, it is no surprise that the results under the two regimes vary on similar issues. 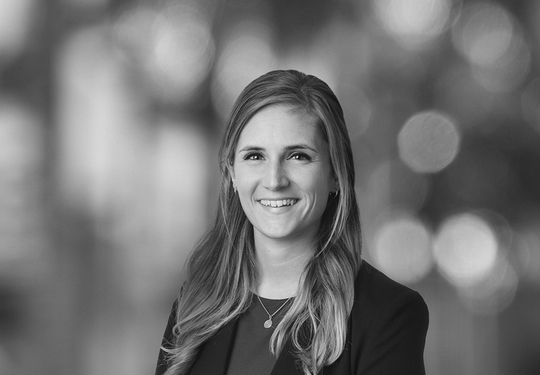