The life sciences industry continues to face a steady flow of government and private plaintiff antitrust investigations and lawsuits, which at times has resulted in billion-dollar government fines, injunctive relief and class-wide damages. A common theme among these antitrust investigations and lawsuits is the use of internal company documents as some of the most damaging evidence.

In many instances, internal documents tend to lack full context, may include ambiguous or colorful language and can reflect a single employee's mistaken views. Plaintiffs frequently try to use such documents in an attempt to establish a genuine dispute of material fact for trial and these documents alone can trigger second requests or enforcement actions — sometimes unnecessarily prolonging expensive and potentially meritless proceedings.

This article uses real-world examples from publicly available sources to illustrate how internal company documents have led to significant antitrust consequences in the areas of life cycle management, mergers and acquisitions, pharmaceutical pricing and patent litigation settlements. We then offer suggestions to minimize the risk of inadvertently creating such problematic documents.

Plaintiffs have used the antitrust laws to challenge brand drug manufacturers' life cycle management practices, including the introduction of new versions of existing drugs. Often referred to as "product hopping," this practice involves plaintiffs' alleging that brand pharmaceutical manufacturers can violate the antitrust laws by introducing new versions and discontinuing or "switching" consumers away from older versions of brand drugs in alleged attempts to thwart automatic generic substitution in the states that have such substitution laws.[1]

Internal documents have led to prolonged and sometimes unnecessary litigation, particularly where such documents tend to address the existence, anticipation or timing of generic competition in conjunction with life cycle management strategies.

For example, in a "product hopping" case that is currently pending, the plaintiffs alleged that the defendants unlawfully shifted patients from a drug formulated as a tablet to a film formulation by falsely disparaging and fabricating safety concerns about the tablet and removing it from the market prior to generic entry.[2] One internal email detailed purported plans to "transition [patients] from the sublingual tabs to the film, and then withdraw the [sublingual] tabs altogether prior to October 2009" when the generic entry was expected.[3]

Plaintiffs survived a motion to dismiss. In a September decision certifying a class of direct-purchaser plaintiffs, the court cited internal documents as part of its analysis addressing whether there was common evidence of injury from the alleged antitrust violation. These internal documents were "forecasting the effects of generic competition" and "price increases" relative to the tablet and film formulations of the drugs.[4]

Additionally, when engaging in life cycle planning, employees should remember to make a full record of all relevant considerations, such as:

Working with in-house and outside counsel when engaging in life cycle management planning can also help reduce the potential for antitrust scrutiny later on, particularly when generic competition is anticipated in the near term.

Internal documents can also be problematic for companies seeking government clearance for a proposed merger or acquisition, resulting in unnecessary second requests and even enforcement actions.

For instance, the Federal Trade Commission challenged the acquisition of a drug for the treatment of patent ductus arteriosus, which allegedly competed with another one of the acquirer's drugs and was part of an anti-competitive attempt to increase prices significantly.[5]

The FTC seized on and cited various internal documents in its enforcement action, one of which stated that "acquiring [the drug] will allow us to cannibalize [the allegedly competing drug's] sales in a controlled manner, retain sales for both products and continue to grow total company sales" with an "exclusivity protected product."[6]

Another document stated that these drugs were in "a group of medically niche small volume products that don't have substitutes and that are significantly underpriced to the market" and "we can price these almost anywhere we want given the product profiles."[7] Following a bench trial, however, the district court ruled against the FTC, and the U.S. Court of Appeals for the Eight Circuit affirmed.[8]

In another case, the FTC successfully blocked the attempt of one national healthcare and pharmaceutical wholesaler to acquire another national wholesaler. Among other evidence, internal documents stated that "overcapacity in the marketplace = stiff competition" and "price pressures."[9]

Another internal document stated that "consolidation at the top tier of the industry suggests that there will be a more orderly market overall," and "with only three dominant players there will be rational pricing even while competitive market share challenges will continue."[10] Relying on these statements and other evidence, the district court enjoined the merger.

While these enforcement actions ultimately led to different results, such internal statements about competition and purported market power were critical in the authority's decision to investigate and ultimately challenge each merger. Companies generally should avoid making internal statements that describe a product as being in a "market" or a "market leader." Such statements may reflect preliminary or unsupported conclusions that fail to consider all the relevant factors, but use the antitrust buzzword of "market," which can draw attention.

Similarly, drafters should also be modest and avoid unnecessary boasting or puffery related to a product's importance or the company's market presence. Brand performance reviews and board reports, for example, can exaggerate a product's position in an attempt to highlight the success of an individual or the company.

Furthermore, internal documents should make note of and give due credit to actual and potential competition and avoid disparaging or discounting competitors. Doing otherwise can in many instances present a skewed version of the relevant market arising not from facts, but from bias, ego or company pride.

Healthcare and pharmaceutical pricing practices have arguably attracted the most attention in recent years, ranging from congressional inquiries and proposed legislation to government enforcement and class actions to extensive media coverage.

Notably, in May, 44 state attorneys general sued 20 generic drug manufacturers alleging that the defendants conspired to fix the prices for a number of generic drugs.[11] Following an investigation, the complaint included extensive quotations from internal documents. One document, for example, stated that "sometimes a little help from our competition is welcome" and "I guess that is what they call ‘co-opetition.'"[12] Other documents discussed how certain companies allegedly would "follow a price increase" after having conferred with a competitor.[13]

While this case is still in its early stages and the complaint only quotes snippets from such documents, the complaint illustrates how internal documents may be showcased in antitrust proceedings. Employees should be careful that internal documents do not misleadingly suggest any agreements, understandings or practices with competitors concerning pricing, output or distribution. Many times, communications with competitors — ranging from phone calls to dinner to golf outings — can raise red flags for antitrust enforcers, even if such contacts are innocent and unconnected to business agreements.

Company documents also should avoid referring to pricing as having no effect on demand, or demand being inelastic, given that many times such statements lack the proper context and supporting data. In contrast, companies should recognize the potential for lost sales as a result of price increases, which oftentimes employees or companies are hesitant to do after an increase is unsuccessfully implemented because it may be seen as a failure by management or could impact perceptions of publicly traded companies.

Overall, the safest course of action is to follow approved company policies when communicating with competitors and consult with company counsel beforehand.

The U.S. Supreme Court's decision in FTC v. Actavis Inc.[14] opened a floodgate for more than 25 separate antitrust cases that have been filed or revived under the Supreme Court's rule of reason approach to reverse payment claims announced in that decision.

Reverse payment or "pay-for-delay" claims generally allege that an innovator pharmaceutical company provided financial inducement to a potential generic competitor to settle patent litigation or to obtain a later settlement entry date than the generic company otherwise would have accepted, absent the innovator's financial inducement.[15] Plaintiffs frequently suggest that such financial inducement is in the form of a payment under the guise of co-promotion, development, manufacturing or nonauthorized generic agreements.[16]

In an April decision, the FTC reversed its own administrative law judge's bench trial decision, which had held that an alleged reverse payment settlement was not anti-competitive. In reversing the ALJ, the commissioners cited internal documents from the brand company stating that the brand company allegedly sought to use life cycle management planning "to protect the franchise in the face of loss of regulatory exclusivity," and evidence purportedly showing that the generic company was fearful that a new formulation would "destroy" the ability to sell the generics.[17]

The commissioners concluded that the generic company had secured a "credit" as part of the patent settlement as protection against such a plan, which allegedly transferred value of $102 million.[18] In June, Impax Laboratories LLC filed a petition for review in the U.S. Court of Appeals for the Fifth Circuit, and the parties filed their opening briefs in October.[19]

One reverse payment complaint, for example, quoted an alleged statement from a brand pharmaceutical company's CEO following the purported rise in stock price after the announcement of a patent settlement: "A lot of [Wall Street's enthusiasm for our stock] is a result of the patent litigation getting resolved," resulting in "six more years of patent protection" and "$4 billion in sales that no one expected."[20]

Several antitrust actions were filed almost immediately following the publication of this statement in the Philadelphia Business Journal. Relying on similar statements and other evidence, the plaintiffs later overcame summary judgment and the FTC obtained injunctive relief and a record-setting $1.2 billion fine, followed by several large private plaintiff settlements.[21]

In another reverse payment case, a memorandum prepared by outside counsel for the brand company stated that the first-filer generic company "likely will want a settlement that preserves its 180-day period of exclusivity against other generics and also guarantees that exclusivity against authorized generic competition [for] a relatively late entry date in a settlement."[22]

One of the generic companies stated that the "entire objective [is to settle along with] another business deal which could bring value."[23] Among other proffered evidence, these statements led to years of intense litigation. At trial, however, the jury found in favor of the defendants and the U.S. Court of Appeals for the First Circuit affirmed.[24]

Despite these differing results, internal documents posed a significant antitrust risk to these companies. A key lesson here is that when communicating, internally or externally, about a proposed or consummated settlement of pharmaceutical patent litigation, focus on developing an internal record detailing important procompetitive considerations such as:

Patent litigants generally should not address any inducement, actual or potential, for the abbreviated new drug application holder to settle beyond the settlement itself. One notable exception, however, is for a potential compromise payment of the innovator's saved litigation expenses, which generally should not exceed $7 million according to the FTC's guidance.[25]

Finally, as a general matter, do not forget to consult with in-house or outside counsel in attorney-client privileged communications. This is particularly important in the life sciences industry where plaintiffs are known to advance novel and far-reaching theories of liability. 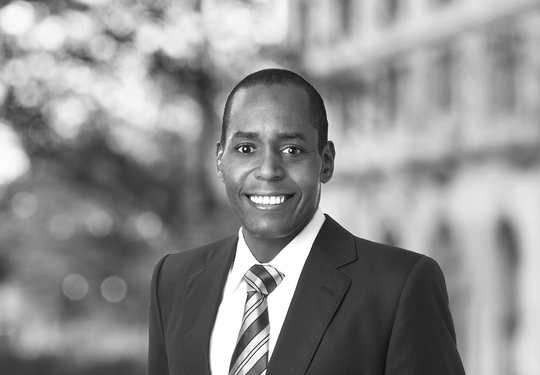 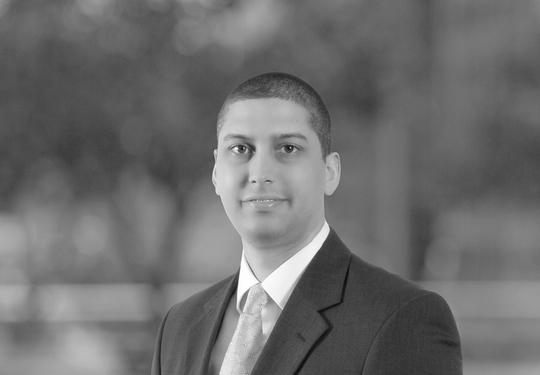