The French Foreign Investments Control regime has recently been reinforced following a reform of 2019, and other measures have been adopted in view of the COVID-19 pandemic

In view of the COVID-19 crisis, a decree of July 22, 2020 lowered the voting rights threshold from 25 percent to 10 percent for listed companies.

Since 2014, the scope of the French Foreign Investments Control regime has been substantially expanded. In May 2019, the so-called PACTE (Plan d'Action pour la Croissance et la Transformation des Entreprises) law strengthened the powers of French authorities in case of breach of the filing requirement or commitments imposed in the context of a clearance decision.

Subsequently, No. 2019-1590 of December 31, 2019 and the Ministerial Order of December 31, 2019 relating to foreign investments in France, which entered into force on April 1, 2020, amended the regime to grasp new strategic sectors, refine certain concepts and provide a clearer review framework for foreign investors. The regime has then been updated in the context of the COVID-19 health and economic crisis.

The Bureau Multicom 4, which is located within the Ministry of Economy's (MoE) Treasury Department, conducts the review. The process generally involves other relevant ministries and administrations depending on the areas at stake. Since January 2016, a commissioner of strategic information and economic security (attached to the MoE) also assists the Treasury when coordinating inter-ministerial consultations.

The foreign investor files a mandatory request for prior authorization, which must include detailed information on the investor and its shareholders, the target, the pre- and post-closing structures, financial terms of the transaction and the sensitive activities at stake.

Transactions reviewed under the French Monetary and Financial Code (MFC) include:

In view of the COVID-19 crisis, a decree of July 22, 2020 lowered the voting rights threshold from 25 percent to 10 percent for listed companies. This measure is temporary and should be in place until December 31, 2020 only.

The review applies only to foreign investments made in the sensitive activities listed in the MFC. Previously, the scope of the review differed depending on the origin of the investor. The Decree of December 2019 abandoned this distinction. For both European Union/European Economic Area (EU/EEA) investors and non-EU/EEA investors, the list of strategic sectors notably includes:

Since the Decree of 2019, the screening obligations also cover print and digital press as well as activities relating to the production, transformation or distribution of agricultural products enumerated at Annex I of the Treaty on the Functioning of the European Union (TFUE) when they contribute to food security objectives, such as ensuring access to safe, healthy, diversified food, protecting and developing agricultural lands, and promoting France's food independence.

The MoE assesses whether the transaction may jeopardize public order, public safety or national security based on the information the investor provided in its submission. Follow-up Q&A and meetings with the MoE and other involved ministries are customary. The seller and the target company may also be requested to cooperate with the review.

The Decree of December 2019 specified the standard of review. The MoE is now expressly entitled to take into consideration the ties between a foreign investor and a foreign government or foreign public entity. In addition, the MoE may refuse to grant authorization if there is a "serious presumption" that the investor is likely to commit or has been punished for the commitment of certain enumerated infringements (such as drug trafficking, procuring, money laundering, financing terrorism, corruption or influence peddling). The MoE may also take into account the investor's previous breach to prior authorization requirements or to injunctions and interim measures.

In addition, the PACTE law of 2019 modified the sanctions mechanism in case of infringement to the prior approval obligation. As such, if a transaction has been implemented without prior authorization, the MoE may enjoin the investor to file for prior authorization (this measure is not only punitive, but may also be used by the MoE to give the foreign investor the possibility to cure the situation), unwind the transaction at his own expense or amend the transaction.

If the protection of public order, public security or national defense is compromised or likely to be compromised, the MoE also has the power to pronounce interim measures to remedy the situation quickly. Remedies include suspending the investor's voting rights in the target company; prohibiting or limiting the distribution of dividends to the foreign investor; temporarily suspending, restricting or prohibiting the free disposal of all or part of the assets related to the sensitive activities carried out by the target; and appointing a temporary representative within the company to ensure the preservation of national interests.

Sanctions will also be imposed if an investor did not comply with the clearance conditions imposed by the MoE, such as the withdrawal of the clearance, compliance with the initial commitments, or compliance with new commitments set out by the MoE, including unwinding the transaction or divesting all or part of the sensitive activities carried out by the target. Non-compliance with MoE orders is subject to a daily penalty. In addition, the MoE may impose monetary sanctions amounting to twice the value of the investment at stake, 10 percent of the annual turnover achieved by the target company, €1 million for natural persons or €5 million for legal entities.

In addition, the PACTE law introduced some transparency into the French review system. The MoE is now required to issue yearly public general statistics (on a no-name basis) related to French national security reviews, to provide a better sense of the general approach adopted by the MoE.

In 2017, following several cross-border deals involving French flagships acquired by foreign investors, the French National Assembly created a Parliamentary Enquiry Committee to investigate decisions made by the French State and explore how French national security interests are protected on such occasions. This put increased pressure on the services conducting and coordinating the review process to ensure that they have completed a thorough review of both the activities at stake and the profile and intentions of the foreign investors.

All relevant administrations are involved in the review process, and the investor and its counsels, as well as the target company, may be convened to meetings and Q&A sessions in relation to the envisaged transactions. Delineating and retaining strategic activities, jobs and resources in France has also become an increasing strategic concern in the review process, especially as they relate to clearance commitments that may be required of a foreign investor.

Foreign investors must anticipate foreign investment control issues before planning and negotiating transactions. The responsibility for filing lies primarily on the buyer and, if the transaction falls under the MFC regulation, prior clearance by the MoE should be a condition of the deal. The parties may also seek a ruling from the MoE to confirm whether a contemplated transaction falls within the scope of the MFC. The Decree of 2019 opened a new option for the target, which may now submit a request at any time to obtain comfort about whether its activity falls within the scope of the MoE review.

The seller's cooperation in the preparation and review of the filing is important. If the parties expect that conditions or undertakings will be imposed, the buyer should anticipate discussions with the MoE and other interested ministries that may impact the timeline for clearance. In addition, the buyer should consider including a break-up fee or opt-out clause in the transaction documentation to protect its interests if the conditions imposed on the transaction are too burdensome. Preliminary informal contacts with French authorities may also be advisable.

Under the new framework, the MoE has 30 business days to indicate whether a transaction falls outside the scope of the review, is cleared unconditionally or requires a further analysis. Where further analysis is required and mitigating conditions are necessary, the MoE has an additional period of 45 business days to provide the investor with its final decision, refusal of the investment or clearance with commitments. In practice, longer periods, such as three or four months, should be anticipated if the MoE requests supplemental information and considers imposing conditions to clear the case.

The amended Foreign Investment Control regime entered into force on April 1, 2020. The MoE indicated orally that the new regime will provide more flexibility in the follow-up and the revision of the conditions imposed on foreign investors.

According to the MoE, no substantive reform will adopted in coming years. The MoE is currently working on guidelines clarifying the rules, notably from a sectorial standpoint.

The French government adopted two measures to circumvent the effects of the COVID-19 crisis on the buyout of French strategic companies. A ministerial order of April 27, 2020 included the biotechnologies in the list of critical technologies likely to be subject to screening, and a decree of July 22, 2020 lowering the voting rights threshold from 25 percent to 10 percent for listed companies and only for non-EU/EEA investors. This second measure is temporary and should be in place only until December 31, 2020.

Once the review is completed, the MoE may:

Mitigating conditions/undertakings may pertain to the investor's preservation of the continuity of the target's activities and the security of its supply of products or services; for example, maintaining existing contracts with public entities, or maintaining R&D capabilities and production in France. They may also include corporate requirements such as ensuring that sensitive activities are carried out by a French legal entity, and/or imposing information-access/governance requirements involving French authorities. 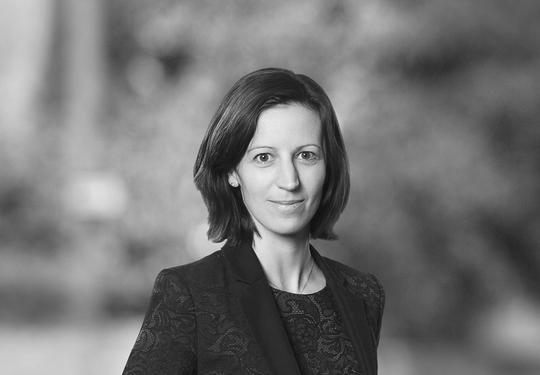 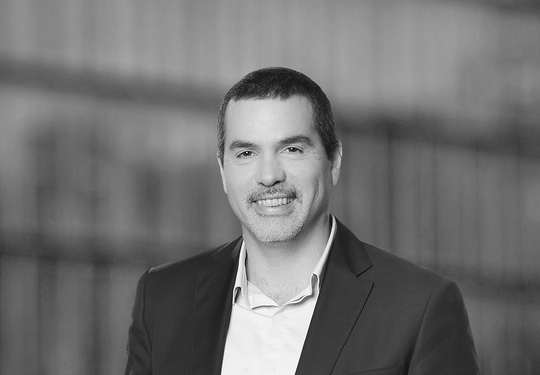