Governmental authorities are likely to maintain a business-friendly approach to the review process, to the extent that investments do not significantly pose a threat to the national security, public health or public order.

FORMER REGIME AND THE 2020 NOVELTIES

In response to COVID-19, and in order to avoid opportunistic investments in critical sectors for the national public security and health, the Spanish government enacted a number of amendments to Law 19/2003, anticipating the yet-to-be transposed rules of Regulation (EU) 2019/452, of March 2019. The amendments created a new screening mechanism for foreign investments, one that requires prior approval for investments in excess of €1 million.

Under the new regime, prior approval is now required for investments that result in a non-EU/EEA investor owning at least 10 percent of the share capital of a Spanish company (listed or unlisted), or which otherwise enable a non-EU/EEA investor to have effective participation in the management or control of a Spanish company—or if carried out by an EU/EEA resident, its beneficial owner is a non-EU/EEA resident—provided that the non-EU/EEA investor is a certain type of investor: one controlled by the government of a third party; an investor already invested or involved in security, public health or public policy in another EU Member State; or investors subject to judicial or administrative proceedings for engaging in illegal or criminal activities.

Prior approval is also required where the investment is made in a strategic sector, such as critical infrastructure, critical technologies, supply of critical inputs, food security, sectors with access to sensitive information, media and any other sector that may impact public health, safety or public order as determined by the Spanish government.

As confirmed by public officials from the relevant cabinet on foreign investment, the Royal Decrees Laws adopting the new regime are undergoing enacting legislative processes. The precise content of the future legislation is still uncertain, although once enacted in the form of law, further developments and details regarding the screening mechanism may follow.

FILING OBLIGATION AND CONSEQUENCES IN THE EVENT OF BREACH

For tax haven approval applications, a standard form must be filed electronically at least six months prior to the transaction. For the purposes of the 2020 regime and the new screening mechanism, filing for an authorization prior to conducting the investment is required in two cases:

Investments less than €1 million are thus exempt from the filing obligation of the new screening mechanism, although the relevant Spanish regulations mention that this point may be subject to adjustment once further legislation is enacted. Investments that can be proved to have been agreed or for which a valid binding offer was put in place before the state of alarm in Spain may also be permitted to take advantage of the simplified process.

Negative administrative silence (silencio administrativo negativo) will apply under any of the aforementioned authorization processes. The absence of a response from the government six months after filing of the approval request will be interpreted as a denial.

The types of deals reviewed is directly related to the conditions and criteria already set forth. The review process varies from case to case, depending on the amounts, the investor and the key strategic sector where the investments are intended to be made.

The precise scope of the review that will be conducted by the public authorities in accordance with the new screening mechanism is not yet known. As a general rule, the relevant administrative authority will examine any concerns of security, public health or public policy that the investment may pose, and grant or deny authorization. More information will be available about the scope of review when new legislative regulations have been enacted.

Foreign investors should be cautious when entering into a transaction involving a Spanish company operating in any of the key strategic sectors. The operational strategy of the investment must be reconsidered in light of the current review process of the Spanish authorities, bearing in mind that a number of hurdles may restrict the investment.

Anticipating any regulatory amendments and obtaining the correct legal counsel is key, as well as liaising in due time and form with the relevant governmental authority. Managing the expectations of investors, sponsors and stakeholders and keeping them all aligned with FDI restrictions is also crucial in this time of uncertainty.

The legally established timeline for the review of investments and for granting the required authorization, pursuant to the interim simplified process, is 30 days. The ordinary process of Article 7bis provides a generic estimated timeline of six months.

According to conversations with public officials from the relevant government's office, the review under the ordinary process may take up to three months, but generally, the review should not take more than two months.

Although limitations have been imposed on FDI and these limitations may persist, it is uncertain whether the Spanish government may impose a hard-rule approach to these restrictions. Governmental authorities are likely to maintain a business-friendly approach to the review process, to the extent that investments do not significantly pose a threat to the national security, public health or public order in Spain.

Given that these rules were imposed in a time of crisis and have not yet been properly developed and enacted, restricting foreign investments that can bring prosperity and economic growth to the country during a downturn period may seem counterintuitive. Further developments may bring more legal certainty to this scarcely regulated regime. 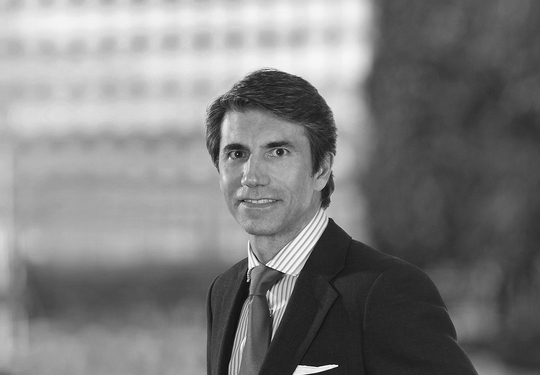