A recent groundswell of interest in Taiwan as an international energy investment destination may present new opportunities for Taiwanese companies far beyond the energy sector.

A key consequence of international involvement in the Taiwan offshore wind sector is the pursuit of limited-recourse project finance.

Asia's thriving economies need energy — and plenty of it. The sector continues to transform itself as seismic market forces fundamentally alter the landscape for investment. The increasing cost- effectiveness of renewable energy and the emerging viability of battery storage technology have created a critical reflex point. In addition, the shifting market dynamic in the oil & gas sector has seen LNG-to-Power emerge in Asia as a viable alternative to coal-fired power.

Lower barriers to entry in renewables have given rise to a new breed of more nimble developers and investors, who compete confidently against the traditional energy utilities and drive innovation in technology, development strategy and capital.

Yet a gap remains between ambition and practical delivery in the region. A flourish of government policy momentum may initially attract interest from international investors and financiers, but is often tempered by the familiar challenges in the region:

Enter Taiwan and its ambitious plans to shake off its reliance on nuclear power.

Many market participants have interest and appetite beyond the energy sector, and the principles of limited-recourse project finance are adaptable to other sectors.

Taiwan emerges as a key market for energy investors

By 2025, Taiwan is aiming to be nuclear-free, with 20 percent of its energy mix from renewable energy and 50 percent from natural gas. Offshore wind is a key component of this goal, with ambitions for 5.5 gigawatts of offshore wind capacity by 2025.

A key consequence of international involvement in the Taiwan offshore wind sector is the pursuit of limited-recourse project finance. This means that financiers lend solely on the basis of the project and its cash flows, without additional financial guarantees from the project developer. This type of financing had not been widely practiced in Taiwan previously, and its techniques and structures are broadly unfamiliar in a Taiwanese context. Implementing limited-recourse project finance in Taiwan is being driven by specialized teams of financial advisors, bankers and lawyers, and supported by export credit agencies (ECAs) — mainly from Europe (driven by government policy initiatives to support their national technology providers, developers and contractors).

As with any new jurisdiction for project finance, Taiwan faces challenges. For example:

International project finance is not one size fits all. Creativity and flexibility will be required in adapting international benchmarks to the local conditions and expectations of participants in Taiwan.

Implications for other sectors in Taiwan

Pursuit of opportunities in the Taiwan energy sector has required the investment of significant resources from international investors and financiers to better understand the Taiwan market and its legal and regulatory system, build out teams on the ground and investigate structures to facilitate viable limited-recourse project finance in Taiwan. Many of these market participants have interest and appetite beyond the energy sector, and the principles of limited-recourse project finance are adaptable to other sectors. Once international project finance has taken hold in Taiwan offshore wind, its participants and methods can then be adapted to benefit other sectors where infrastructure investment is required.

With upfront market entry costs now sunk, there will likely be appetite for the pursuit of broader opportunities in Taiwan. For Taiwan developers and investors, this means there will be new opportunities to be seized. 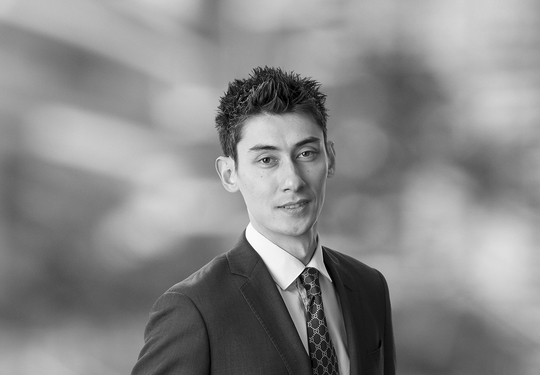