In August 1965, Martha Wood Mills joined our Firm in New York as our first woman lawyer. She recalls: "I knew that the thought of hiring a woman would be an adventure for White & Case, and that there were some people there who wouldn't like it, probably, but I felt that White & Case was really committed to making that experiment work." Despite scrutiny from colleagues and clients, Mills thrived, working on high-profile matters like the Salad Oil Scandal before leaving in March 1967 to pursue a long, successful career as a civil rights lawyer and judge.

One month after Mills arrived, Rosine Lorotte joined our Firm in New York. Lorotte soon transferred to our Paris office, embarking on a 35-year career with White & Case, which included eight years as our Paris office's administrative partner and long-term use of a flexible work schedule—a true innovation at the time.

In September 1966, Maureen Donovan became White & Case's third woman lawyer. Her corporate law career has spanned more than five decades, including nearly 35 years as a partner, and she remains at our Firm today as a partner of counsel. For Donovan, gender was never an issue; women were hired, she says, because they were "smart, industrious and on the ball."

The Firm's fourth woman lawyer, Laura Hoguet, arrived in September 1967 and became our first woman partner in 1974. The youngest lawyer to make partner at the time, Hoguet worked in our litigation department for almost three decades before starting her own practice. Hoguet recalls receiving significant support from her male colleagues during her time at White & Case. Despite skepticism from others early in her career, "Nobody in the Firm ever showed the slightest doubt that I could do whatever I wanted to do."

Thanks in part to the determination of these four women, future generations of women lawyers have had a clear path forward to pursue their own careers at White & Case and create their own successes.

Today, 20 percent of our partners are women—a far cry from 1965, when Mills and Lorotte shared a small office on Wall Street. "It's really important to celebrate how far we've come as women in the law and in a relatively short space of time," says Caroline Miller Smith, the executive partner for our Global Women's Initiative. 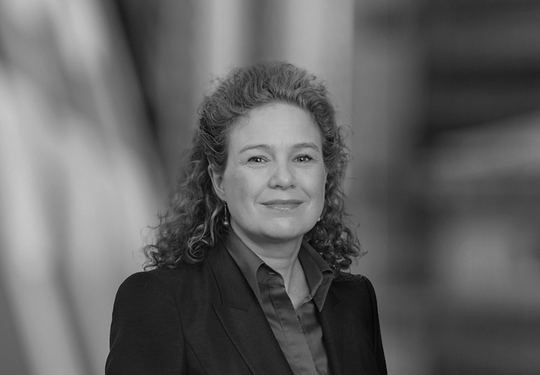