White & Case Recognized for Latin American Dispute of the Year

LatinLawyer recognized White & Case as counsel on the Deal of the Year – Disputes for 2011, describing it as "one of the most complex project disputes in Latin America's recent history." The award recognized the Quito International Airport Project following the successful conclusion of an unprecedented arbitration and negotiations in the face of an expropriation and a treaty denunciation. White & Case previously was recognized as counsel for the Latin American dispute of the year as winner in 2009 and finalist in 2010.

According to LatinLawyer, "As far as project finance-related disputes go, they are usually already complex enough on their own; but what if the dispute in question is about a concession owned by a government that has just pulled out of the only means to dispute resolution in the contract? This is what lawyers had to deal with in the negotiations over the future of Quito airport between the Ecuadorean government and the project's lenders and operators."

White & Case Partner and Head of Latin American Arbitration Jonathan C. Hamilton commented, "The investors achieved the renegotiation of one of the most intractable and complex project disputes in recent Latin American history through tireless efforts involving Ecuadorean officials and international lenders, while simultaneously affirming investment protections and access to international arbitration."

The US$660 million project involves the financing, construction and future operation of the New Quito International Airport, sourced with equity, debt and airport tariffs. With the construction of the new airport two-thirds complete, the Constitutional Court of Ecuador ruled that the private airport tariffs that are central to the Project's financing structure were State property, triggering defaults, suspension of the project's financing and paralysis of the new airport construction. Concurrently, Ecuador denounced the Convention on the Settlement of Investment Disputes Between States and National of Other States, which gave access to arbitration of investment claims before the International Centre for Settlement of Investment Disputes (ICSID) of the World Bank. White & Case advised Corporación Quiport, S.A. and an international investor consortium including investors from Canada, Brazil, the United States, and other jurisdictions.

Steve Nackan, President of Aecon Concessions of Canada, commented, "The deal reflects the unprecedented complexity and creativity that turned a complex dispute into a negotiated resolution. It is a model for how investors should conduct themselves when projects confront challenges."

The investors commenced arbitration before ICSID which were registered prior to the alleged effectiveness of Ecuador's denunciation of the ICSID convention. After two years and more than 25 rounds of negotiations in various venues, the parties successfully reached agreement on legal, commercial and financial terms for the project, leading to the effective resolution of the dispute and subsequent discontinuance of the arbitration.

1) Negotiation Process - The renegotiation process entailed more than 25 rounds of negotiations involving counsel and/or principal parties in Quito, Ecuador, and Washington, DC, and other locations and involved diverse parties including the multinational investors, myriad Ecuadorian government officials and a lender group comprising the Inter- American Development Bank, Export Development Canada, the U.S. Export-Import Bank and the Overseas Private Investment Corporation.
2) Legal & Contractual Framework - The parties agreed on an innovative strategic alliance to carry out the renegotiation, together with myriad ancillary concession, construction, financing, implementation and trust-related agreements.
3) Investment Protections - The investors issued dispute notices under contracts and treaties and commenced arbitration before ICSID pursuant to an investment stability agreement with Ecuador, then suspended the proceeding during ongoing renegotiations. The Ecuadorian government subsequently affirmed investment protections and access to ICSID and international arbitration as part of the renegotiation package.
4) Economic Development Impact - Due to the successful renegotiation, construction of the new airport resumed, bringing at least 2,500 jobs for contractors, subcontractors and skilled workers. The Project has a positive impact on Ecuador's local and national economy and holds important ramifications for foreign investment in Ecuador and bilateral relations between Ecuador and each of Canada, Brazil and the United States.

The parties signed final documentation in 2011 implementing the terms of the agreement in a three-city closing that took place in Washington, DC, and in Quito and Guayaquil, Ecuador, and correspondingly resolved the case before the ICSID, leading to a resumption of funding and construction of the airport. Thanks to the resolution of this complex dispute, the New Quito International Airport is scheduled to open in February 2013.

White & Case is a leader in Latin American arbitration and project finance and is ranked Tier One in these fields by Chambers Latin America. 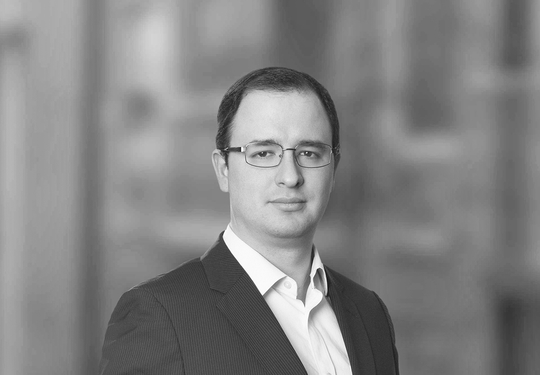 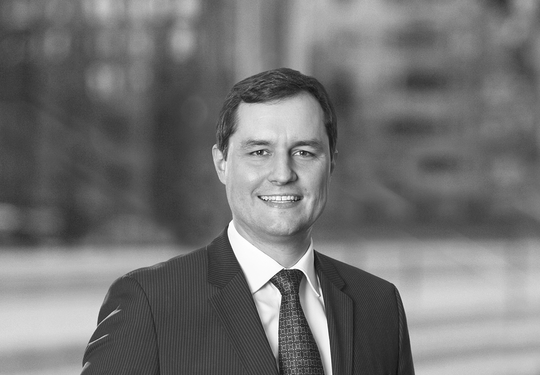