Battery materials and electric vehicles offer something unique to today's commodity producers and investors: a sustainable growth story that is not just China-dependent. The exponential growth in demand is creating a scramble for resources not seen since the last great commodity super cycle.

Effective battery capacity must expand by more than 12 times today's levels to meet the expected demand for electric vehicles (EVs) and renewable energy storage by 2025, when the global battery market is projected to be worth US$100 billion, according to World Economic Forum.

With EVs forecast to make up more than half of car sales within two decades, the electrification revolution is going to be built around six key commodities: copper, nickel, lithium, cobalt, manganese and graphite. Copper and nickel are already key industrial metals, traded on global exchanges with consumers experienced in managing supply risk. Manganese and graphite supply give no cause for concern at the moment, which leaves cobalt and lithium.

Cobalt, mined as a by-product with 60 per cent of supply coming from the Congo, will be the most challenging material on the supply front. Prices have tripled since the start of 2016 in anticipation of future demand. Apple, Samsung and BMW are among companies that have already sought to tie down long-term supply arrangements, but have met significant resistance from miners reluctant to agree to deals at a time of sharply rising prices. Lithium prices have surged in the last three years amid a shortage of the material, and deficits are expected to continue in the short term. However, there are dozens of new projects in development, and the existing dominant suppliers have latent capacity they can bring online.

But the big challenge—especially for car makers—will be securing high quality product that can be refined into battery-grade material. Major automakers are already beginning to make their move. Ford has announced it will invest US$11 billion by 2022 in electrification, and expand its suite to 40 EVs globally including 16 full battery vehicles by the same year. Toyota has started making investments too, taking a 15 per cent stake in Australian-listed lithium producer Orocobre. Competition for supply from the low cost, high quality producers will increase, while miners whose product is not in demand will fall by the wayside. 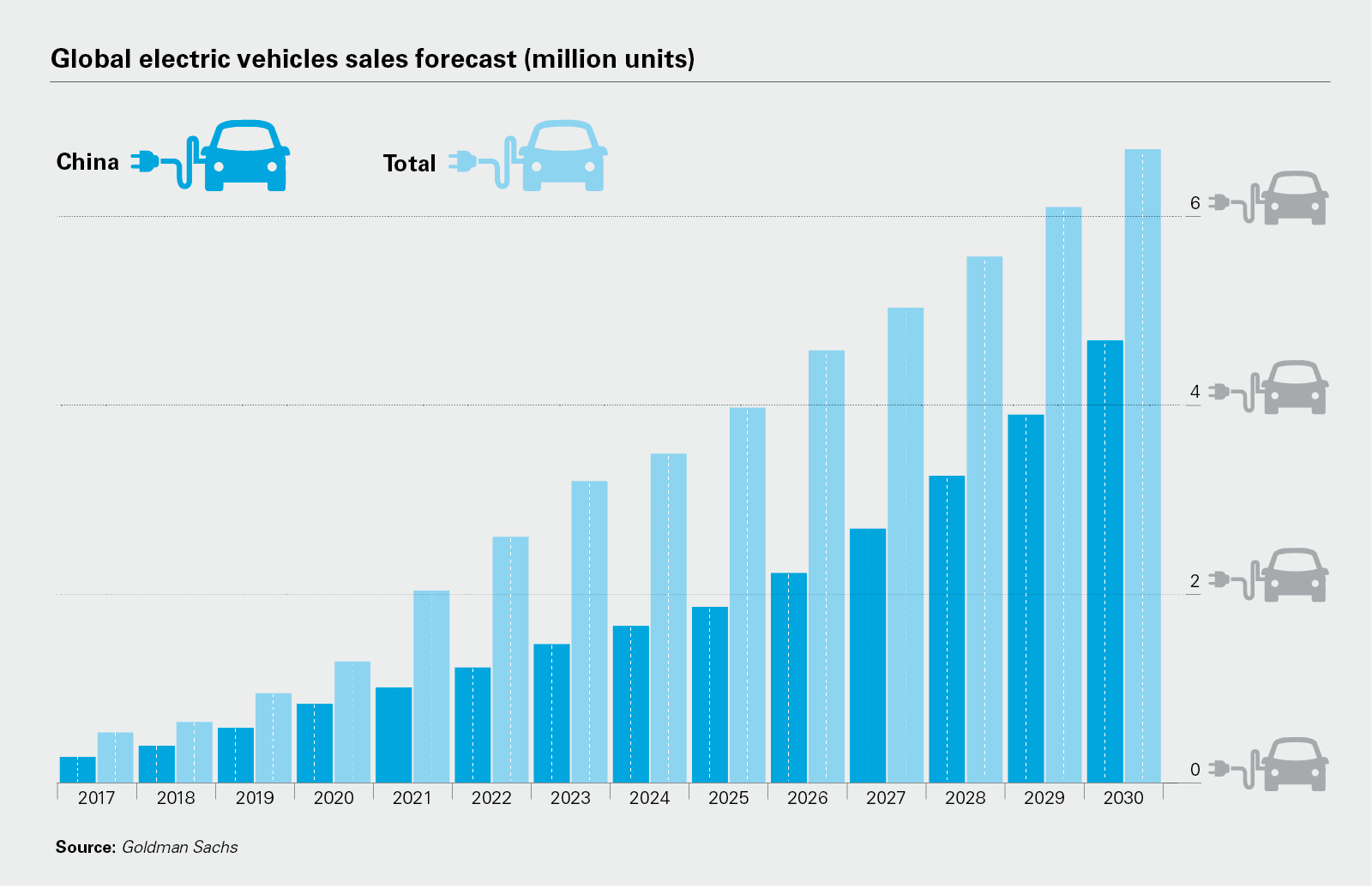 While the scramble for materials is at the forefront, there's another race going on behind the scenes. The R&D departments of the biggest chemicals manufacturers and car makers are focused on not only building the best battery, but the one that uses the least cobalt. Given concerns about the supply, there is a heavy push to substitute or thrift the use of the material. NMC (nickel, manganese, cobalt) batteries have already moved from equal parts of the three materials to six parts nickel and two parts manganese and cobalt. This is likely to continue: One market leader announced last year that it had managed to significantly cut the amount of cobalt in its batteries.

With new technologies come new challenges, however. Mass EV adoption will lead to a glut of spent batteries that will need to be recycled. Over the 11 million tonnes of spent lithium-ion batteries are forecast to be discarded by 2030. China, the dominant consumer, is already pushing EV manufacturers to be responsible for curbing pollution around their disposal.

The ability to create an incorruptible digital ledger is a tantalising prospect for both miners and consumer-facing companies using battery materials. Diamond producer De Beers is already rolling out a pilot scheme to ensure consumers can trust the provenance of the gems they buy. As consumers demand the same of the cars, auto manufacturers are beginning to follow suit. BMW is creating a cobalt blockchain to track its supplies, while others are using the technology to track the material from the Congo, where much of supply comes from artisanal miners that sometimes use child labour. The trend is rapidly extending: Those that cannot guarantee an ethical supply chain will come under increasing pressure.

While EVs have dominated the battery focus, there's a wider picture emerging. Battery storage is one area that has the potential to radically change the way we consume and generate power. The vanadium flow battery for stationary energy storage using chemical liquid rather than cell storage can last decades, removing one of the big hurdles of ion batteries. Its usage will help alleviate some of the problems associated with the intermittent nature of renewable generation, enabling power to be consumed when demand peaks as opposed to only being available when the sun is shining or the wind is blowing.

The discovery of supercapacitors, sometimes also called ultra-capacitors, with their ability to charge and offload their power rapidly, could become one of the most important developments in the future. These devices don't produce electricity through chemical reactions in the same way as conventional batteries. Instead, they create electrostatic fields, making them good at providing quick bursts of power, ideal for frequency response services. However, supercapacitors, which don't require cobalt, are not particularly effective at holding much energy or retaining it for very long. This poor energy density—the amount of energy they can hold per kilogramme—has put them at a significant disadvantage to lithium-ion batteries, as it means an EV would need recharging every few miles. Once this is overcome, they have the potential to become a key segment in the sustainable energy story of the future. 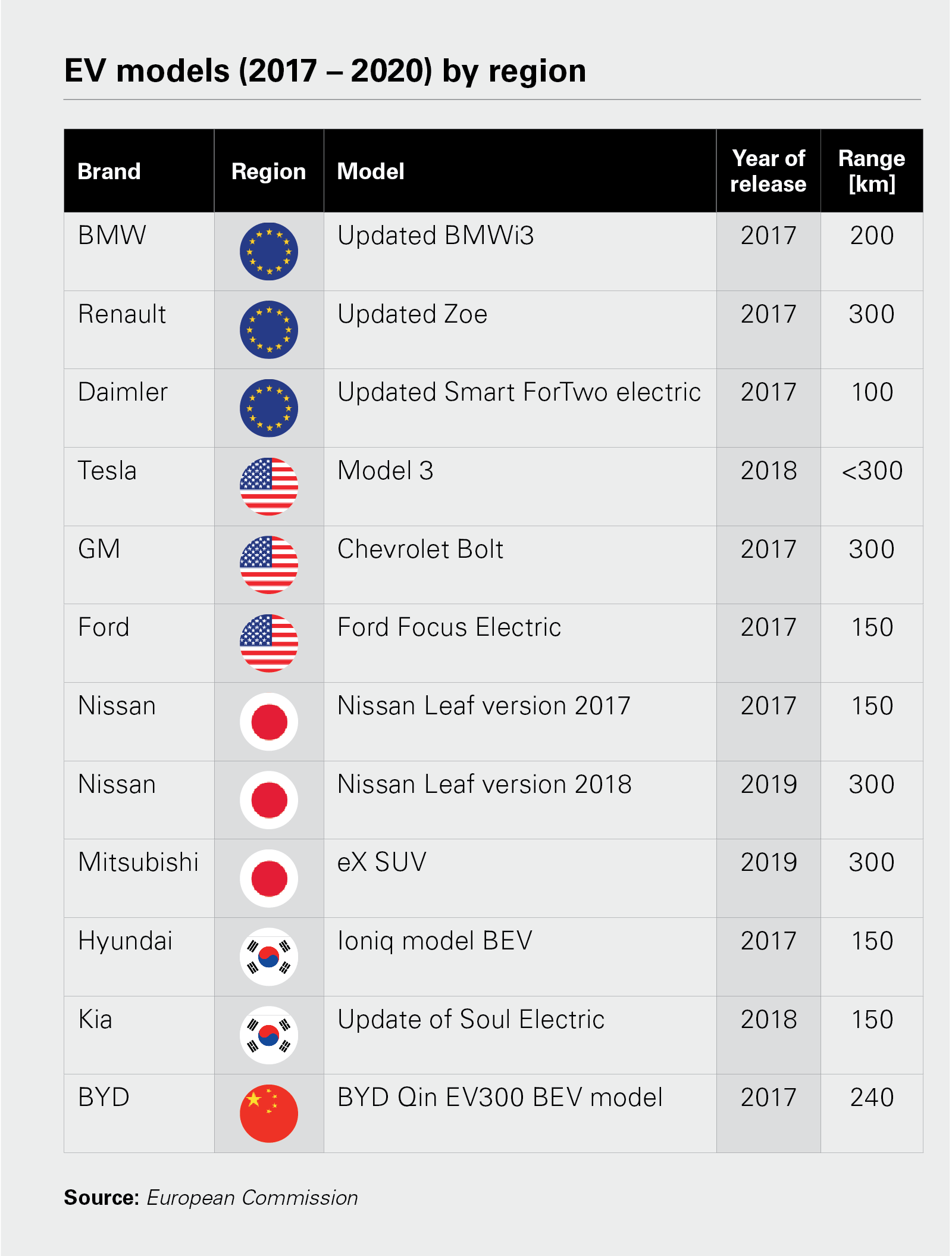