At Mid-year, US Merger Filings Down From 2021's Torrid Pace, But Still Far Above the Historic Average

Merger control filing activity by competition authorities around the world

The Federal Trade Commission (FTC) released its end of June 2022 Hart-Scott Rodino (HSR) filing statistics on the day the Chair of the White House Competition Council and Director of the National Economic Council Brian Deese urged the US Congress to "act swiftly" to boost funding for the Department of Justice's Antitrust Division and the Federal Trade Commission because "the annual number of completed mergers and acquisitions doubled," in the past decade while appropriations for the agencies has remained "essentially flat—and decreased in real terms."1 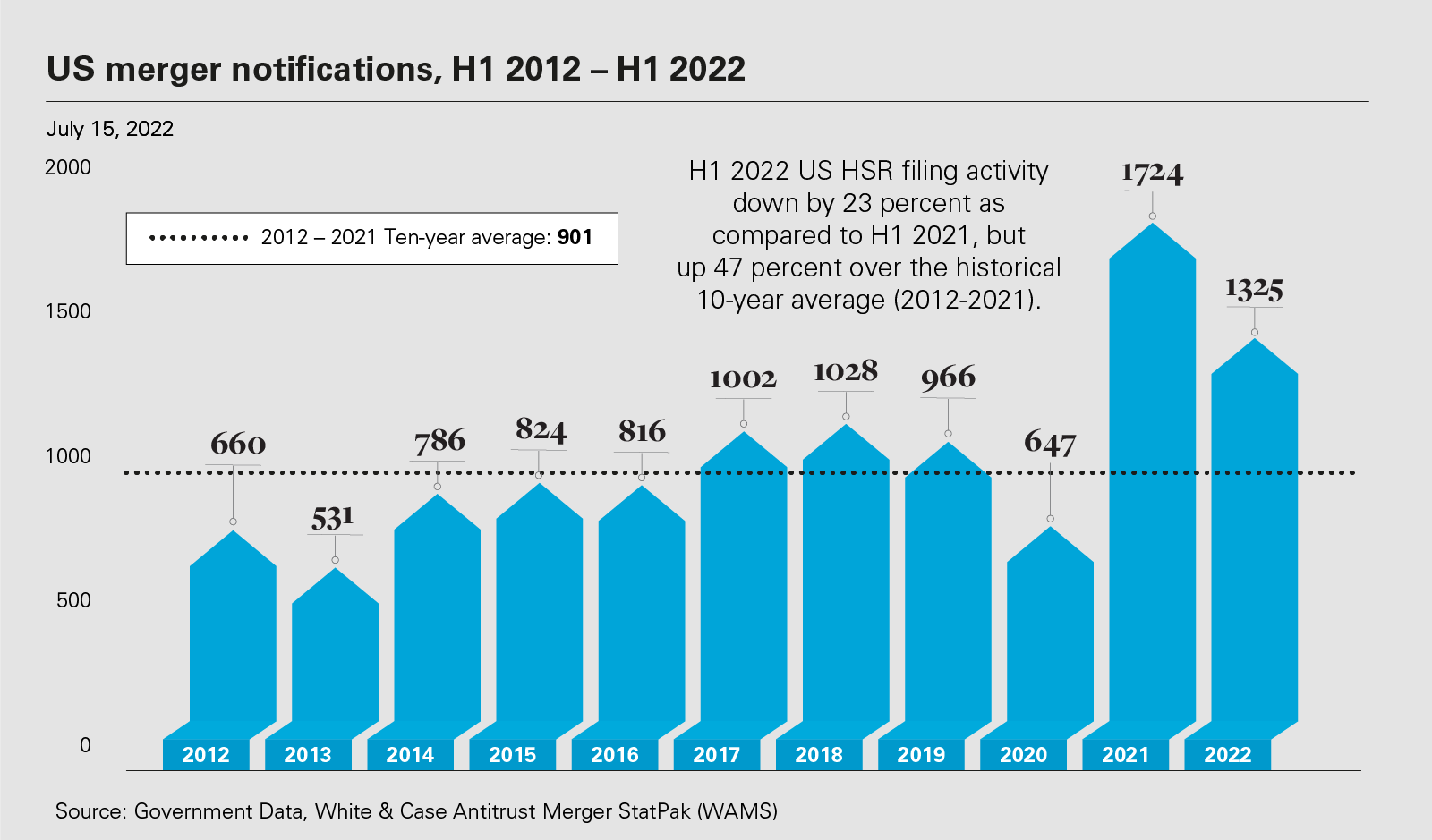 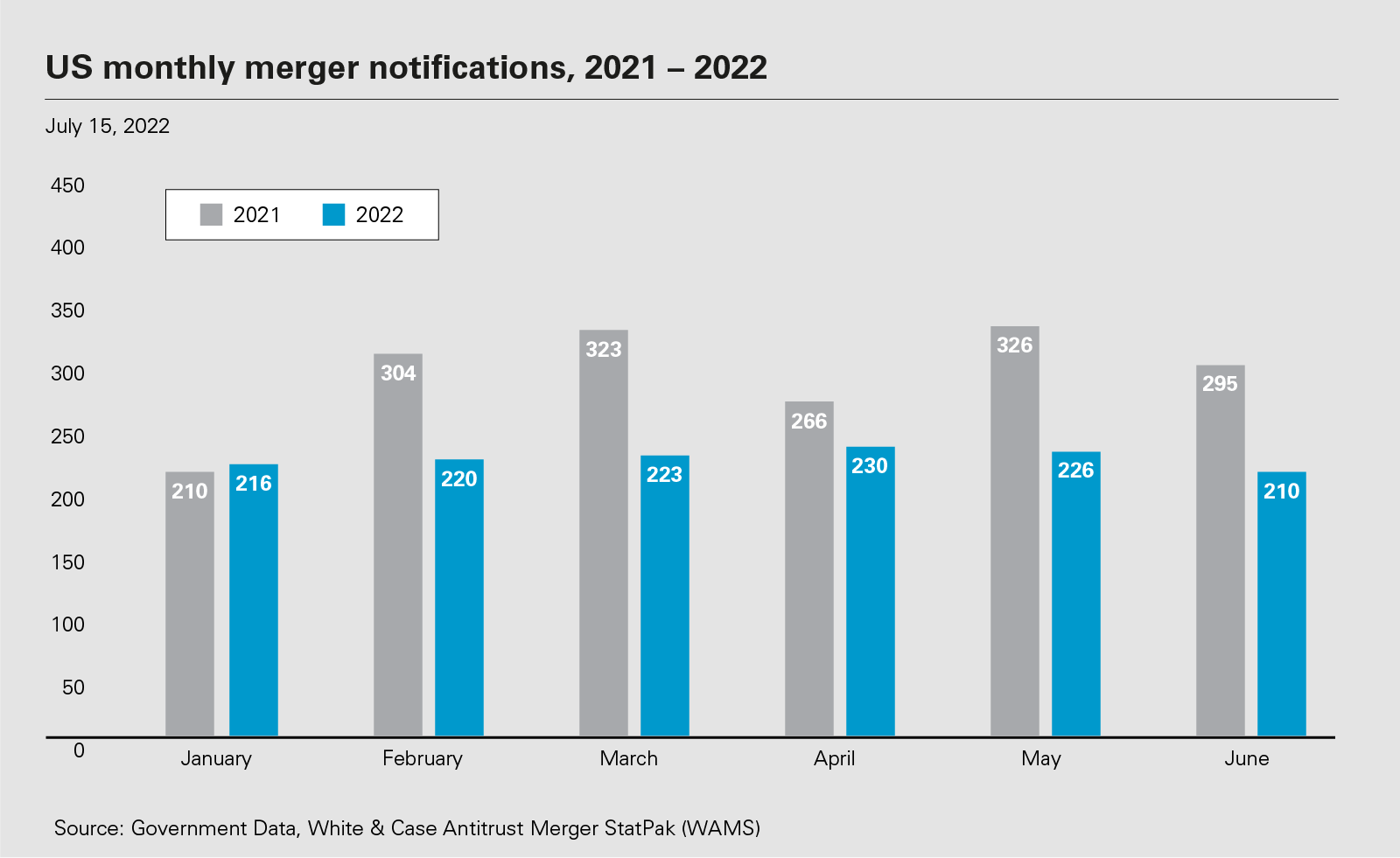 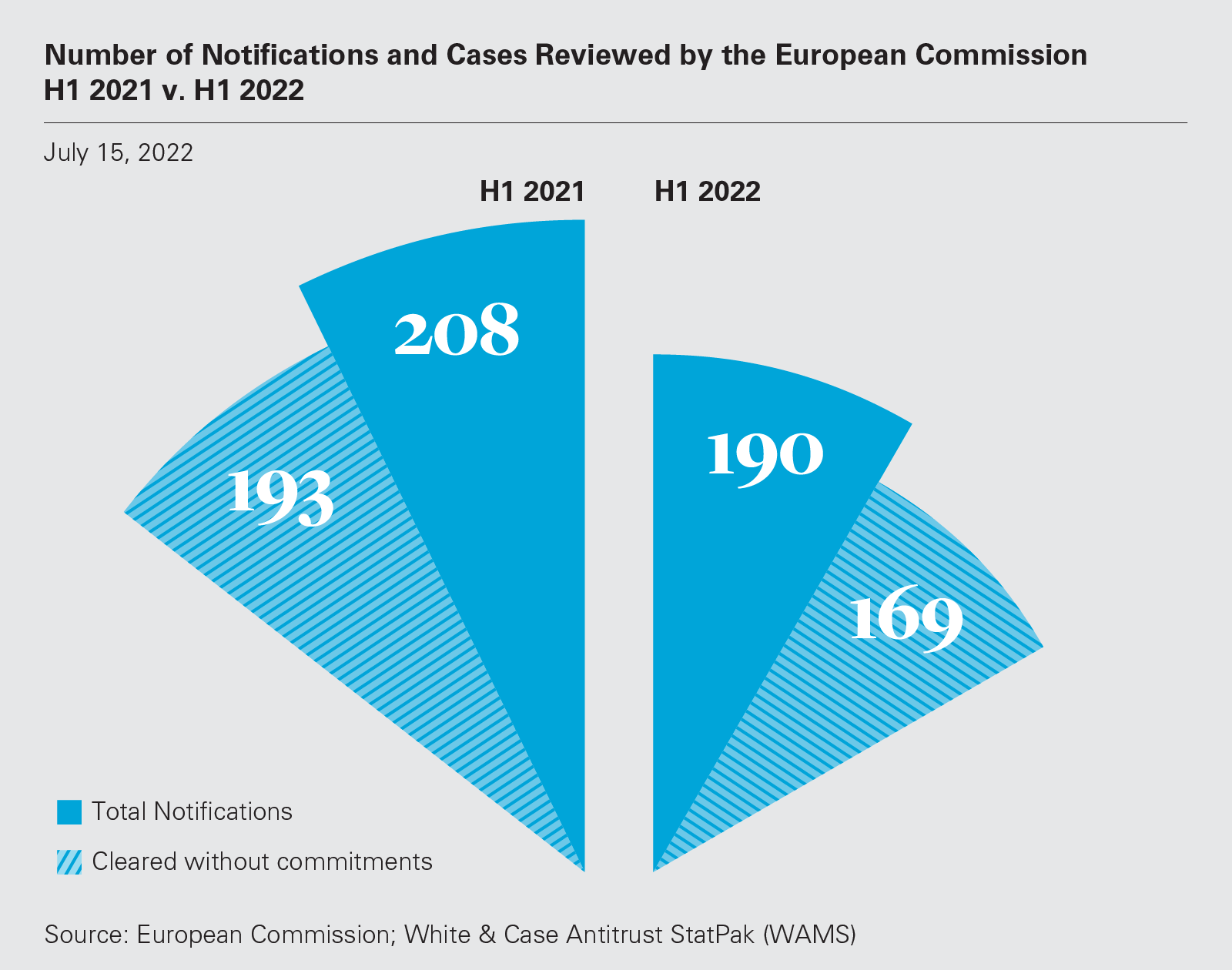 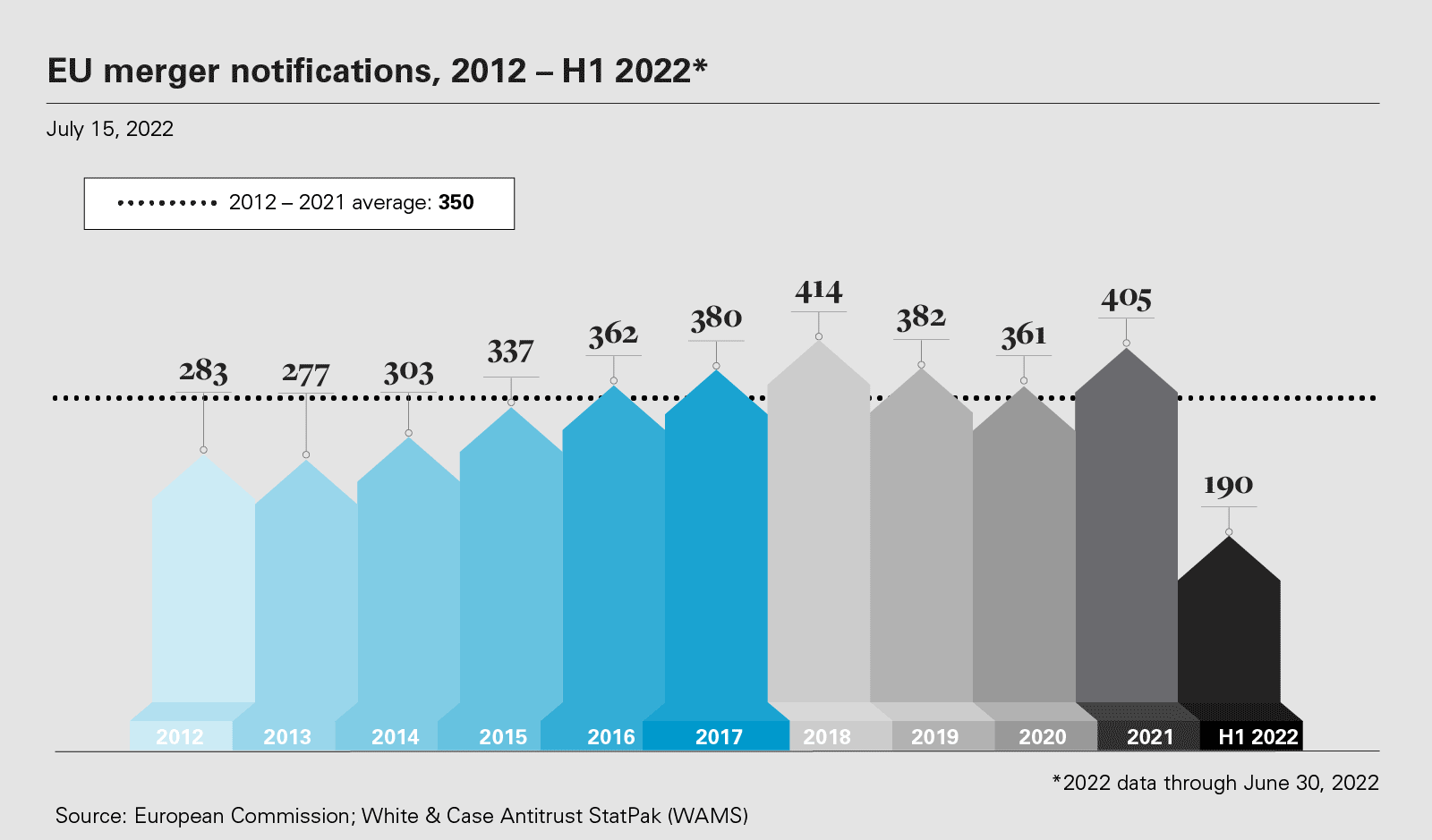 WAMS data also show increasing merger control filings in Brazil in H1 2022 as compared to previous years. So far in 2022, Brazil filing activity is up roughly 20 percent compared to H1 2021. The WAMS data also show a roughly 52 percent increase in H1 2022 merger filings in Brazil as compared to the average in the preceding five years (2017-2021). The data show that merger activity continues to boom in the first half of 2022 similar to or at a greater pace than 2021, which was a record year for merger activity in Brazil. 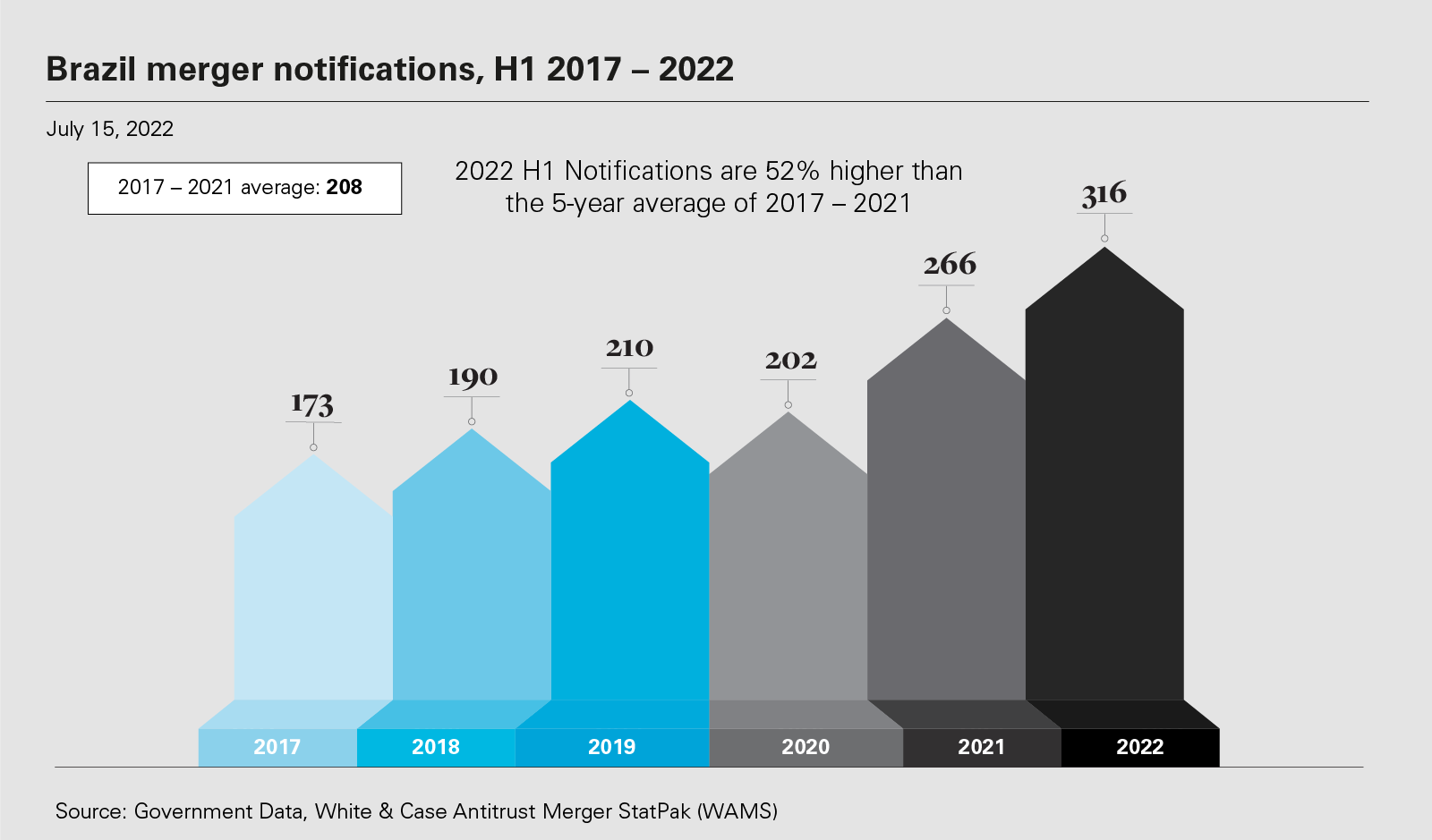 Germany and Austria: New Thresholds Result in Lower Number of Filings than in Previous Years

Germany changed its merger filing thresholds in early 2021. While effects in 2021 had been somewhat limited, WAMS data demonstrate that the number of filings in Germany continues to drop in H1 2022 as compared to H1 2021. Based on WAMS data for H1 2022, notifications in Germany are down roughly 8 percent versus H1 2021, from approximately 467 to 429.2

A more recent change of the Austrian rules (introducing a second domestic threshold of € 1 million) at the end of 2021 is now showing its effect in the number of filings in Austria. Compared to H1 2021, filings in Austria dropped by almost 50 percent, from 318 to only 171 in H1 2022. 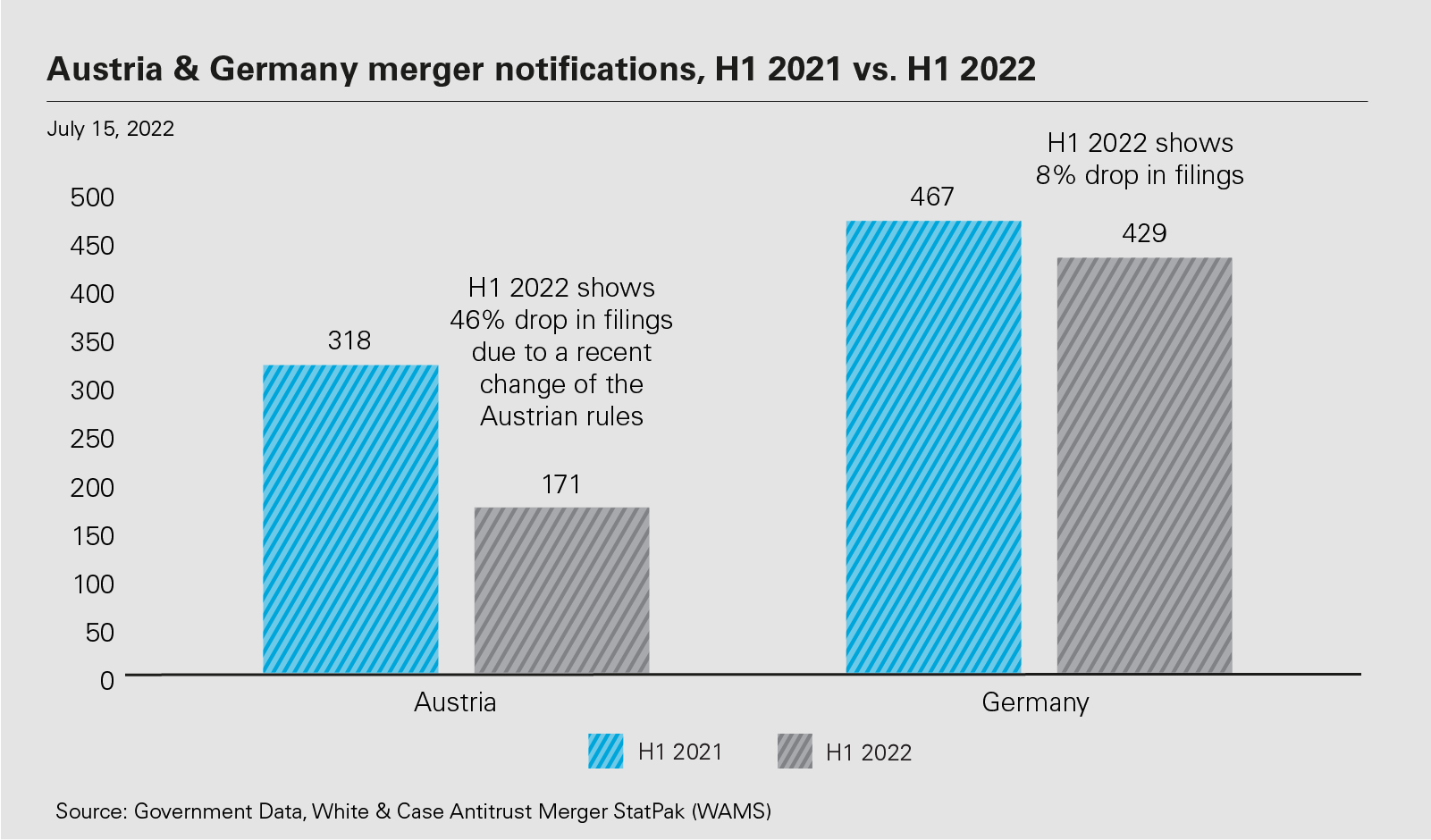 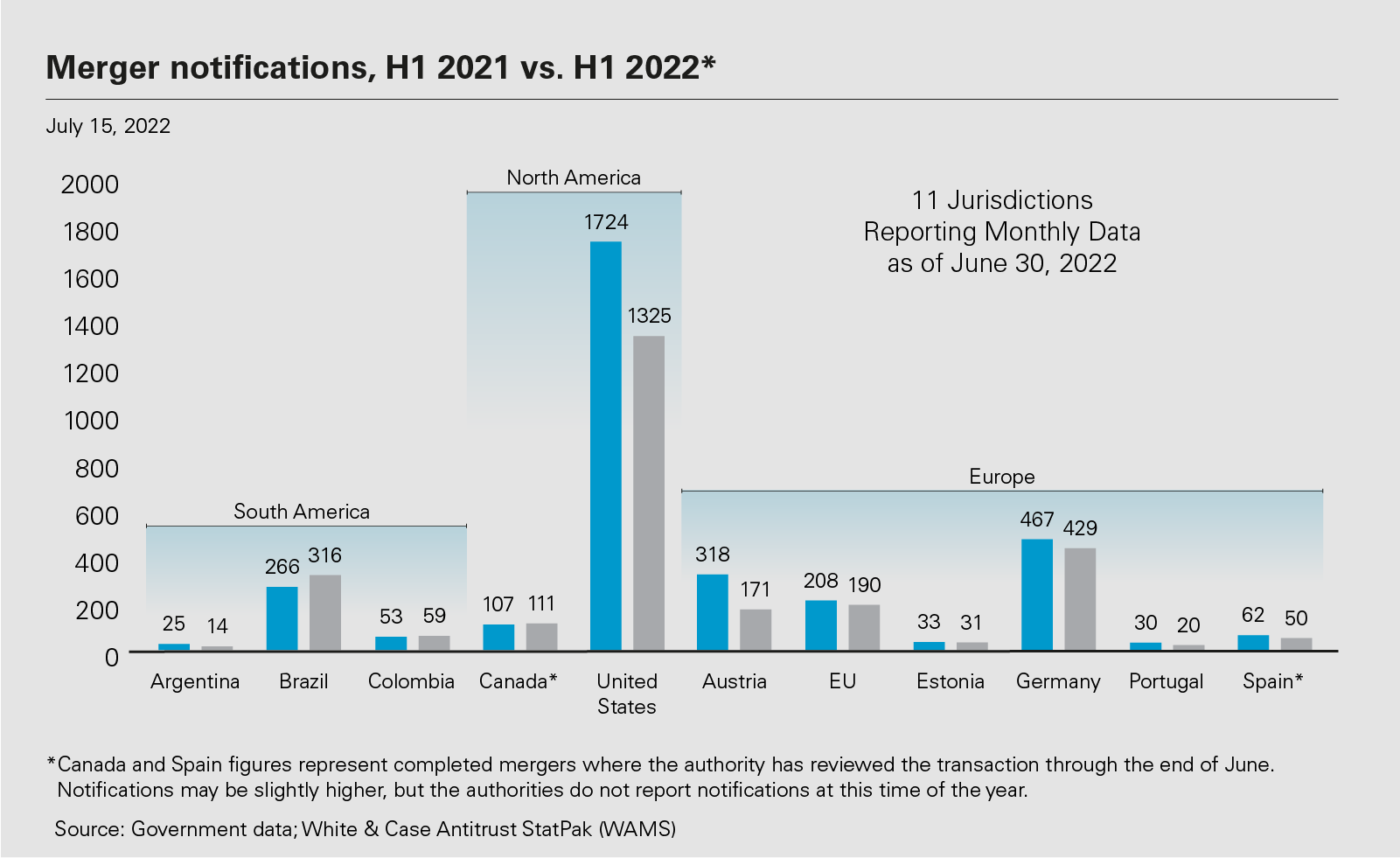 It is hoped that the WAMS will prompt greater transparency and additional real-time reporting by antitrust merger control authorities around the world. Transparency assists merging parties in complying with the law.

1 See Brian Deese Remarks on President Biden's Competition Agenda, The White House, July 14, 2022
2 WAMS estimates at least 467 notifications were made in Germany in H1 2021, but this number was likely higher.