At a time when the European Union and many Member States have just unveiled their hydrogen strategy, the French Competition Authority takes the lead in delivering the very first analysis of the emerging hydrogen sector in a merger control case. In addition, contrary to the well-established decisional practice, the decision also paves the way for the possible delineation of a market for the retail supply of renewable electricity.

Recognizing the potential of clean hydrogen, the European Union as well as several EU Member States have recently unveiled their strategy in this sector, aiming at achieving a significant reduction of greenhouse gas emissions and developing a new ecosystem.

Although this sector is expected to attract massive investments to scale up the production of green hydrogen and boost demand, neither the French Competition Authority ("FCA") nor the European Commission have ever delineated the relevant markets in the hydrogen sector. Having a deal notified to it to decide, the FCA therefore takes the lead in this merger control case.

The operation consisted in the acquisition by Storengy, a subsidiary of Engie, of a controlling stake in Dijon Métropole Smart EnergHy ("DMSE"), a company aiming at developing a project to construct and operate production works and hydrogen refueling stations for buses and garbage trucks in the region of Dijon. Both parties are active in the hydrogen sector. Given the process required to produce this gas, the markets concerned by this transaction are the hydrogen (production, retail supply, and development, construction and operation of stations) and electricity markets.

First examination of the hydrogen sector

In the case at hand, the FCA considered two different methods currently used to produce hydrogen: steam methane reforming, and hydrogen production by water electrolysis. It concluded that, although the hydrogen molecules produced by both methods are identical, the two methods differ when it comes to their associated costs and their environmental impact. Indeed, even though hydrogen production by steam methane reforming is cheaper, it releases significant amounts of greenhouse gases. Obtaining hydrogen through water electrolysis is more expensive but emits no greenhouse gases.

Due to increasing awareness concerning greenhouse gas emissions, the FCA found that there is a specific demand for hydrogen produced through water electrolysis, despite its higher price.

However, in light of the emerging nature of these electrolysis production stations for mobility purposes, and the very marginal volume represented by this method of production, the FCA considered that any market segmentation, based on production process or use, was not justified at this stage.

This approach is in line with both the FCA and the European Commission's decisional practice in relation to the wholesale electricity markets, where no distinction is made according to the method of production (i.e., nuclear, wind farms, solar plants, etc.).

However, the FCA is not closing the door on possible evolution at a later stage, which could lead to new market positions. Players in this field should therefore closely monitor their market position (as well as their competitors') according to this possible segmentation.

A future market for the retail supply of renewable electricity?

The question raised by the FCA clearly departs from the established decisional practice of both the FCA and the European Commission, which have never segmented such a market according to the type of electricity.

Here again, any evolution of the delineation of the electricity markets in France will have to be closely monitored as it will probably influence the European Commission's decisional practice and therefore could have an effect that goes far beyond France. In addition, such a new segmentation could lead to a narrowly defined market for "green" electricity which could lead to higher market shares and hence make mergers more difficult. In addition, other sectors could suffer from this trend of defining separate products markets for "sustainable" products as well.

On the upside, the FCA cleared the transaction even though it will leave DMSE as the first and only operator to produce and distribute hydrogen from its two stations in the region of Dijon.

Given that the transaction took place in an emerging and expanding market, with low barriers to entry and future potential competitors likely to be active locally, the FCA recalled that high market shares are not necessarily indicative of market power and therefore considered that it is unlikely the transaction would raise competition concerns. 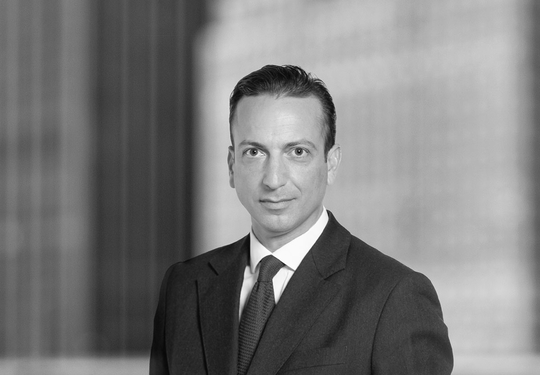