The VBER and Vertical Guidelines

The VBER provides parties to vertical agreements (i.e., agreements entered into between businesses operating at different levels of the supply chain) with increased certainty about the compatibility of their agreements with Article 101(1) of the Treaty on the Functioning of the European Union (TFEU), by creating a safe harbour exemption.

If neither party's market share exceeds 30%, vertical agreements, which do not contain any so-called "hardcore restrictions" (including, for example, resale price maintenance or territorial/customer restrictions), can be presumed to benefit from an exemption. Agreements, which do not satisfy the VBER conditions, may still be compatible with Article 101(1) TFEU, but these agreements require individual assessment.

The Vertical Guidelines aim to help companies to self-assess whether their agreements are covered by the VBER or may qualify for an individual exemption pursuant to Article 101(3) TFEU.

The draft revised VBER and draft revised Vertical Guidelines follow an extensive evaluation exercise undertaken by the EC over several years, including a 2019 public consultation, stakeholder workshop, support studies, and a working paper (see here our previous alert on the EC's evaluation process). The EC's evaluation has, in particular, been focused on identifying the changes that are necessary to the EU regime as a result of the growth of online sales and new market players (such as online platforms).

Draft revised VBER and Vertical Guidelines - What is new?

Dual distribution covers situations where a supplier not only sells its goods or services through independent distributors (such as retailers) but also directly to end customers in direct competition with its independent distributors. The rise of online sales – in particular through suppliers' own online shops – has resulted in a significant increase in such instances of dual distribution.

To address this concern, the EC is now proposing to make the following adjustments to the existing safe harbour for dual distribution:

(b)    Limit the current safe harbour for dual distribution to instances where the parties' aggregated market share in the retail market does not exceed 10%, in line with the existing market share threshold for agreements between competitors used in the De Minimis Notice (Article 2 (4)).

(c)    Create an additional but more limited safe harbour for dual distribution where the supplier and its distributors have an aggregated market share at retail level above 10% but still do not exceed the 30% market share threshold in Article 3 of the VBER. In such a scenario, all aspects of the vertical agreement remain exempted, except for information exchanges between the parties to the vertical agreement, which have to be assessed under the rules applicable to horizontal agreements (Article 2 (5))

The draft revised Vertical Guidelines do not contain any guidance on information exchange in dual distribution arrangements. This will be covered by the EC's new revised Horizontal Guidelines (which have not yet been published).

Parity obligations – which have recently been the subject of a plethora of diverging national competition authority and court decisions concerning such clauses used by booking platforms – require an enterprise to offer its contracting party the same or better conditions as on other outlets (be it other platforms or any other sales channel). Parity clauses are generally exempted under the current VBER (provided the market share threshold is met and there are not hardcore restrictions).

The EC proposes to remove the benefit of the block exemption for across-platform retail parity obligations imposed by providers of online intermediation services. Under this type of "wide" parity obligation, suppliers are prevented from offering better terms on other platforms. This type of parity obligation is now added to the list of so-called grey-listed clauses (or excluded restrictions - Article 5(d)) and, thus, will have to be assessed individually under Article 101 TFEU. The EC's concern is that "wide" parity obligations may make it more difficult for market entrants to establish a market presence, limit price competition, and restrict access to different sales channels.

The VBER continues to exempt retail parity obligations relating to direct sales or marketing channels (so-called "narrow" parity), e.g., where suppliers are prevented from offering better terms on their own websites. The exemption applies provided the general conditions for the application of the VBER are fulfilled, in particular the 30% market share threshold in Article 3.

Dual pricing involves charging the same distributor a higher wholesale price for products intended to be sold online than for products to be sold offline. Many national competition authorities have investigated dual pricing cases affecting online selling, which have been resolved by the abandonment of the dual pricing provisions in question.

The current Vertical Guidelines specify that an agreement that the distributor shall pay a higher price for products intended to be resold online than for products intended to be resold offline constitutes a hardcore (passive sales) restriction. Hence, the only way for a supplier to support a buyer's offline or online sales efforts was to pay a lump sum.

The draft revised Vertical Guidelines (para. 195) now soften the stance and specify that the VBER allows suppliers to set different wholesale prices for online and offline sales by the same distributor, in so far as this is intended to incentivise or reward an appropriate level of investments and relates to the costs incurred for each channel.

In the context of a selective distribution system, the draft revised Vertical Guidelines (para. 221) state that the criteria imposed by suppliers in relation to online sales do not have to be overall equivalent to the criteria imposed on brick-and-mortar shops, on the grounds that online and offline channels have different characteristics. By way of example, the draft revised Vertical Guidelines state that a supplier may establish specific requirements to ensure certain service quality standards for users purchasing online, such as the set-up and operation of an online after-sales help desk, a requirement to cover the costs of customers returning the product or the use of secure payment systems.

As with other online sales restrictions (see below), the draft revised VBER only block exempts dual pricing and the lack of equivalence (imposing criteria for online sales that are not overall equivalent to the criteria imposed on brick-and-mortar shops) if these restrictions do not, directly or indirectly, have as their object to prevent buyers or their customers from selling their goods or services online.

Restrictions that, directly or indirectly, in isolation or combination with other factors, have as their object to prevent the buyers or their customers from selling their goods or services online or from effectively using one or more online advertising channels, are defined as restrictions of active or passive sales, and thus as hardcore restrictions under Article 4 of the VBER.

The draft revised Vertical Guidelines provide additional examples of direct and indirect obligations that have the object of preventing distributors from selling online and also of restrictions that might be permitted.1 They clarify the following:

Active sales restrictions are limitations of the buyer's ability to actively approach customers in a specific territory or customer groups defined by other criteria.

The current VBER does not foresee the use of shared exclusivities between two or more distributors in a particular territory which can be shielded from active sales by distributors outside of "their" territory, i.e., there can only be one exclusive distributor per territory/customer group. This makes it difficult for some suppliers to implement distribution networks that are tailored to their specific needs.

The draft revised VBER (Article 4 (b)) introduces the possibility of shared exclusivity, allowing a supplier to appoint more than one exclusive distributor in a particular territory or for a particular customer group. The draft revised Vertical Guidelines specify that the number of appointed distributors should be determined in proportion to the allocated territory or customer group in such a way as to secure a certain volume of business that preserves their investment efforts. At Para.102, they state that the number of exclusive distributors should be restricted to a "limited number", and should not be a "large number". They warn that exclusive distribution "shall not be used to shield a large number of distributors from competition located outside the exclusive territory, as this would lead to partition of the internal market". It may prove challenging in practice to assess how many distributors are permissible in view of the volume of business in a particular territory, and there is a risk of different interpretations across Member States.

Further, the draft revised VBER now provides a clear position on a much-debated issue, namely that suppliers in exclusive distribution systems may oblige their buyers to pass on active sales restrictions to their customers. According to Article 4(b), such a pass-on is possible where the customer of the buyer has entered into a distribution agreement with the supplier or with a party that was given distribution rights by the supplier. The change aims to enhance the protection of the investment incentives of exclusive distributors.

Genuine agency agreements continue to fall outside the scope of Article 101 (1) TFEU.

The draft revised Vertical Guidelines include a new section on agency. The EC explains (para.44) that:

The EC has decided to retain RPM as a hardcore restriction, resisting arguments made during the evaluation to take a more lenient approach. It is likely that RPM will continue to be the target of aggressive enforcement by the EC and national competition authorities. The draft revised Vertical Guidelines provide expanded guidance on RPM, including in relation to price monitoring.

The EC has also decided to retain the gateway 30% market share for the VBER to be applicable.

Non-compete obligations continue not to be covered by the VBER if their duration is indefinite or exceeds five years. However, the draft revised Vertical Guidelines (para. 234) specify that non-compete obligations which are tacitly renewable beyond a period of five years are covered by the draft VBER if the buyer can effectively renegotiate or terminate the contract with a reasonable notice period and at a reasonable cost.

On 17 June 2021, the UK Competition and Markets Authority (CMA) published a consultation document setting out its proposed recommendations for the UK's approach to vertical agreements. Responses to the consultation will inform the CMA's final recommendation to the Secretary of State on whether to replace the retained VBER when it expires on 31 May 2022.

Unlike the EC, the CMA is not proposing to introduce an additional market share threshold for dual distribution, but recommends retaining the dual distribution exemption, as well as extending the exemption to wholesalers and/or importers. The CMA is considering providing guidance on information exchange in the context of dual distribution.

As opposed to the EC, which is proposing to treat them as "excluded restrictions", the CMA recommends that wide parity obligations be treated as hardcore restrictions.

If there emerges significant divergence from the EU system, there may be additional costs and restructuring burdens for businesses in the future, which currently structure their distribution arrangements on a pan-European (including the UK) basis.

Next steps and timeline

1 There have been a number of recent cases at the EU and national level dealing with online sales restrictions, such as Case C-439/09 Pierre Fabre, Case C-230/16, Coty, the European Commission decision in Guess, and the German FCO decision in Asics. See here our previous client alert. 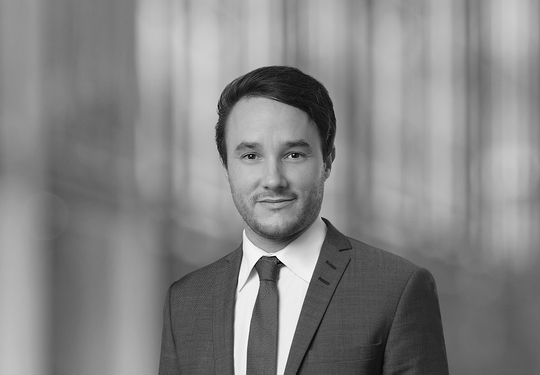