Procedural Denials at the PTAB – Here to Stay?

Recently, the USPTO's Patent Trial and Appeal Board ("PTAB") has issued significantly more procedural denials of IPRs, including those based on the NHK Spring1 and Fintiv2 decisions. In response, petitioners have tried a variety of tactics to reduce the risk of a NHK Spring/Fintiv procedural denial. However, upcoming changes in USPTO leadership and policy may change this.

Patent practitioners continue to strategize to overcome these procedural denials. Some patterns have emerged that provide potential guidance in this space. From these patterns, as detailed below, we are able to gain insight into PTAB's methodology and tips on how to best structure IPRs to minimize the risks of a denial based on NHK Spring/Fintiv.

NHK Spring and Fintiv are two PTAB precedential opinions providing six factors for the Board to guide its discretion in instituting IPRs when there are parallel cases in other venues, such as district courts and the International Trade Commission.

NHK Spring opened the door in September 2018,3 when PTAB denied a case based on a parallel district court case. A year and a half later,4 in Fintiv, PTAB ordered the parties to submit supplemental briefings on whether PTAB should exercise its discretion under NHK Spring. As part of this order, PTAB laid out the factors it would consider:

Together, NHK Spring and Fintiv established a new framework for denying IPR institution largely unrelated to the merits of the case.

Discretion Goes Up; Institutions Go Down

At the same time, the COVID-19 pandemic has affected litigation schedules and their relation to PTAB proceedings. For example, in Sand Revolution II, LLC,6 the Board instituted a decision in part based on an uncertain trial date. As courts return to a more traditional schedule, we may see even more denials, because COVID-19 will no longer delay parallel proceedings and help petitioners address the second NHK Springs/Fintiv factor.

What Can IPR Petitioners Do?

Petitioners may have some options to lower the risk of discretionary denial based on NHK Spring/Fintiv. However, these options may be limited based on the forum of the parallel case.

The first NHK Spring/Fintiv factor is timing. The Board avoids institution where the expected trial date is either close to or before the anticipated final written decision (factor 2). Thus, filing an IPR earlier reduces the weight of NHK Spring/Fintiv. However, not all venues are equal. Notably, the fast-paced nature of the International Trade Commission (where initial determinations can occur in 14 – 16 months) increases the likelihood of denial.

The second major recurring NHK Spring/Fintiv factor is overlap in arguments between the IPR and the parallel case (factor 4). However, overlapping grounds do not guarantee a denial of institution. For example, in Sotera Wireless,7 the Board instituted an IPR because the petitioner stipulated that it would not assert the same grounds in district court. Other petitioners have disclaimed use of the same prior art references—or even invalidity altogether—in district court to avoid discretionary denial.

Even where there is a strong possibility of a NHK Spring/Fintiv denial, such as when the prior art overlaps between the IPR and the parallel proceeding, parties should still consider filing an IPR, because the course of the parallel case is not guaranteed. Trial dates and asserted patents can change, which still counsels in favor of early IPRs.

Seeking transfer to a slower venue may also be more valuable than ever. As a result, jurisdictions with slower dockets pose less of a threat to IPR institutions under NHK Spring/Fintiv.

Will NHK Spring/Fintiv Stay Around for the Long Haul?

Three major developments may diminish the importance of NHK Spring/Fintiv. First, in October, the USPTO launched a formal review of the Director's ability to use discretion to deny the institution of IPRs.8 NHK Spring/Fintiv is a major part of the Request for Comments, which highlights the USPTO's awareness of these issues.

Second, the 2020 US election may also affect the law. Former USPTO Director Andrei Iancu helped select NHK Spring and Fintiv as precedential cases. Director Iancu stepped down, and there is no current permanent replacement.9 It is unclear how the new Director will approach NHK Spring/Fintiv denials.

A third change may come from the courts. In August, several technology companies filed a suit under the Administrative Procedure Act, challenging the NHK Spring/Fintiv framework. The companies argue that Congress intended IPRs to run alongside parallel litigations when Congress expressly allowed IPRs to be filed within one year of service of a complaint. The case has support from other industry leaders.10 It is still winding its way through the Northern District of California, with a recent hearing on the USPTO's motion to dismiss on March 11.

With potential administrative changes on the horizon, petitioners should carefully consider the implications of NHK Spring/Fintiv for their strategy. Petitioners considering filing IPRs now have to worry about more than just time bars and good prior art. Rather, petitioners will also have to account for ever-shifting trial dates and potential delays because of the pandemic, and balance where, and how, they present their invalidity arguments to increase the likelihood the Board institutes their IPR. 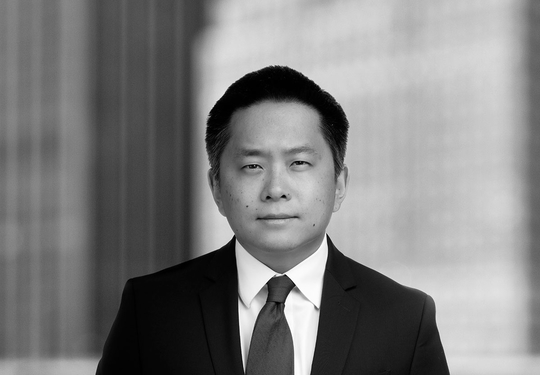