A whole new world, A new fantastic point of view…

Back in 1992 when "A Whole New World" was written for the animated feature film "Aladdin," who would have thought the lyrics would ring so true to this whole new (virtual) world that we live in today?

With increasing innovations and developments in technology, the virtual asset landscape is growing at an unprecedented rate. Virtual asset trading activities have risen dramatically in recent years and, with that, the risks associated with virtual assets have become more apparent: breaches in customer security; market manipulation; and the potential to use virtual assets in money laundering and terrorist financing. Governments are catching onto the need, and benefits, of developing regulatory frameworks in respect of this emerging market, and the virtual asset space is finding itself increasingly subject to regulatory scrutiny.

The Financial Action Task Force (FATF) has been alive to the changes in the virtual asset space and underscored an urgent need to address the potential misuse of virtual assets for money laundering and terrorist financing purposes. On June 21, 2019, FATF updated its Interpretative Note to Recommendation 15 on New Technologies (INR15), which further clarifies the application of FATF requirements in respect of virtual assets and virtual asset service providers (VASPs). Among other things, INR15 establishes binding measures on countries to regulate or prohibit the extent to which virtual asset activities may be carried out, and to require VASPs to implement the full range of AML/CFT preventative measures. FATF describes INR15 as imposing binding measures for both countries and virtual asset service providers to establish a "more level playing field across the virtual asset ecosystem."

A focus on Hong Kong

Taking a closer look at Hong Kong (an FATF Member), in November 2018, the Securities and Futures Commission (SFC) issued a conceptual regulatory framework for the potential regulation of virtual asset trading platforms. In the following year, as a move to align with the recommendations of international standard-setting bodies, the SFC set out its regulatory regime for virtual asset- trading platforms (the 2019 Regulatory Framework). The 2019 Regulatory Framework operates on an opt-in basis, which provides that platform operators operating in Hong Kong and offering trading of at least one security token may apply for a license for conducting Type 1 (Dealing in Securities) and Type 7 (Providing Automated Trading Services) regulated activities. The SFC grants licenses to qualified platform operators that are able to meet the robust regulatory standards comparable to those applicable to licensed securities brokers and automated trading venues. However, the SFC acknowledged the limitations of the 2019 Regulatory Framework since it does not cover platforms that only trade non-security virtual assets or tokens.

With that in mind, very recently in November 2020, the Hong Kong Financial Services and the Treasury Bureau issued a consultation paper outlining a new proposed regulatory framework that will essentially extend the SFC's licensing and supervisory powers on VASPs to include all virtual asset platforms operating in Hong Kong regardless of whether the virtual assets they trade are "securities" or not (the VASP Regulatory Regime). The consultation period will run until January 31, 2021 with a view to introducing a bill to the Legislative Council in the same year. The VASP Regulatory Regime will be implemented through an update to the Hong Kong Anti-Money Laundering and Counter-Terrorist Financing Ordinance (AMLO).

A VA Exchange will be defined as any trading platform that is operated for the purpose of allowing an offer or invitation to be made to buy or sell any virtual assets in exchange of any money or virtual assets, and which comes into custody, control, power or possession of, or over, any money or virtual assets at any point in time. The proposed VASP Regulatory Regime does not apply to peer-to-peer trading platforms to the extent that the actual transactions are conducted outside the platform, and the platform is not involved in the underlying transaction by having possession of any money or any virtual asset at any point in time. Therefore, most de-centralized VA Exchanges will fall outside the scope of the proposed VASP Regulatory Regime.

The proposed VASP Regulatory Regime will also have extra-territorial effect. Any person "actively marketing," whether in Hong Kong or elsewhere, any regulated VA activity or a similar activity (i.e., services associated with a VA Exchange) to the public in Hong Kong must be licensed and regulated by the SFC.

Virtual assets will be defined broadly

Virtual assets will be defined as digital representations of value that may be in the form of digital tokens (such as digital currencies, utility tokens or security or asset-backed tokens), any other virtual commodities, crypto assets or other assets of essentially the same nature, irrespective of whether they amount to "securities" as defined under the Securities and Futures Ordinance (Cap 571) (SFO).

The definition covers various types of virtual assets, including Bitcoin, Ether and other alt-coins but will not extend to financial assets already regulated under the SFO or digital representations of fiat currencies. In addition, closed-loop limited-purpose items that are non-transferable, non-exchangeable and non-fungible (such as air miles, credit card rewards, gift cards, customer loyalty program, gaming coins, etc.) will also be excluded from the definition.

Under the proposed VASP Regulatory Regime, a licensed VASP will only be entitled to offer services to "professional investors" prescribed under the SFO and its subsidiary regulations. In addition, a VASP must satisfy the "fit and proper" test and will be required to observe the anti-money laundering and counter-terrorist financing requirements under Schedule 2 of the AMLO. An applicant for a license must also have at least two responsible officers. Any person operating a VA Exchange without a license is criminally liable to a fine of HK$5 million and imprisonment of seven years. The proposed VASP Regulatory Regime is expected to work in parallel with the 2019 Regulatory Framework, meaning that platforms trading security tokens will be regulated under the existing regime without the need to apply for a new license under the VASP Regulatory Regime.

While developing a global regulatory framework will take time, and many regulators are playing catch-up with the pace at which the virtual asset space has evolved, for those that operate in this emerging market, understanding and getting ahead of the proposed regulatory developments will be essential. For Hong Kong, the growing virtual asset ecosystem has prompted the government to propose the new VASP Regulatory Regime to seize the opportunities presented by virtual assets and to address money laundering and terrorist financing concerns. This focus on building a robust and reliable regulatory framework in respect of VASPs assists in legitimizing the digital financial market, making it more attractive for operators and users globally to conduct business within this virtual space. 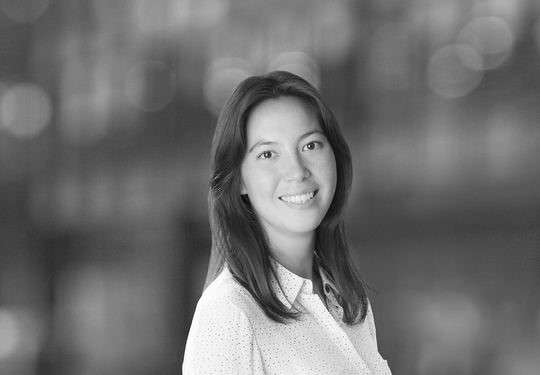