Why A Surge In Drug Pricing Litigation Is Unlikely

High drug prices have long been a rallying cry in the news media and political discourse. The intense public discussion of prices for COVID-19 vaccines or treatments — before the U.S. Food and Drug Administration has even approved any vaccine or drug for the disease — perfectly captures the inherent tension in setting drug prices.

Pharmaceutical companies are pouring resources into accelerated research and development to try to meet an urgent public need. At the same time, precisely because the need is so great, politicians and the public are pressuring companies to price the drugs cheaply so that everyone can afford them.

With so much public and political pressure — which arguably had reached tsunami levels even before the pandemic — one would expect to see significant government enforcement activity and private litigation to try to ride that wave. Indeed, commentators for years have predicted an onslaught of litigation attacking drug prices. There have been a number of high-profile cases, mostly based on antitrust theories or trying to tie anti-kickback enforcement to high drug prices.

But you may well be wondering, given the level of public outrage: Why haven't we seen more cases? And, more significantly, is a litigation groundswell coming?

The answer may be that this wave has broken up — and will likely continue to break up — against the rocky realities of the U.S. legal system. Sellers in this country are basically free to charge whatever prices the free market will bear, though there are a few limited price-gouging rules that apply in times of emergency or predatory pricing.

Accordingly, the government and private plaintiffs have limited options for attacking drug prices under current law, whether it be under the False Claims Act, antitrust law, civil Racketeer Influenced and Corrupt Organizations Act or consumer protection statutes. Pharmaceutical companies often have very good reasons for how they price their products. As this article shows, they also have strong defenses in drug pricing lawsuits, which they can use to hold their ground against the wave.

The reason is the legal requirements for maintaining FCA actions. The FCA prohibits claims for government payment or approval that are false in a material way. Most FCA falsity allegations are that the claim is statutorily false (e.g., based on an anti-kickback violation[3]) or that the claim contained an express or implied material misrepresentation. Though whistleblowers and the government have tried to attack what they perceive as high drug prices on both grounds, these theories have limited applicability when it comes to drug pricing.

A prime example are the settlements that several major pharmaceutical companies have reached with the government regarding their support of patient copay assistance foundations. The government has alleged that copay assistance (i.e., financial support to charitable foundations to help cover the cost of drug copays for needy patients) can be a patient kickback, and that such assistance leads to higher prices because it decreases patient price sensitivity and thereby "facilitate[s] increases in drug prices."[4]

This explicit connection to high prices is unusual in kickback cases, which have traditionally focused more on issues like overutilization or steering. But even if one accepts the government's theory that kickbacks lead to higher prices, the applicability of this theory is sharply limited by the fact that most drug prices will have no connection to any actionable kickback.[5]

The other FCA theory often invoked in drug pricing cases is misrepresentation or false certification. The government's price for a drug is often pegged to information the manufacturer provides. Where that information is wrong, whistleblowers will argue the claim was false.

Recent examples include Mylan Pharmaceuticals Inc.'s $465 million settlement of allegations that it misclassified the EpiPen as a generic drug, rather than a brand-name drug, to lower required Medicaid rebates,[6] and the ongoing FCA suit alleging that Mallinckrodt PLC calculated Medicaid rebates for its drug Acthar as if it had first marketed the drug in 2013, even though Acthar has been on the market since the 1950s.[7]

Although the misrepresentation theory can be powerful where it applies, like the kickback theory, it has limited applicability.

A few recent cases — all brought by the same putative whistleblower — have tried to dress antitrust concerns in FCA clothing by alleging that claims to government buyers for certain drugs were false due to underlying antitrust issues that affected the drugs' market price, which then, in turn, affected the government's price.[8]

While antitrust law is more focused on pricing than the FCA, antitrust challenges to the pricing practices of pharmaceutical companies face a similar uphill battle, and for good reason. As the Federal Trade Commission and Antitrust Division of the U.S. Department of Justice have explained, "excessive pricing in pharmaceuticals by itself is not an antitrust violation under U.S. antitrust law."[9]

And while some scholars recently have argued that high prices alone should give rise to antitrust liability,[10] courts have long held that companies are free, with very few exceptions, to charge whatever price they want for their products, even in rare instances in which the company may have monopoly power.[11]

As such, antitrust cases characterized by the media and others as targeting pharmaceutical pricing almost always challenge some other traditional form of alleged anticompetitive conduct — such as an illegal agreement in restraint of trade, under Section 1 of the Sherman Act, or some form of exclusionary conduct to acquire or maintain monopoly power, under Section 2 — rather than actual pricing of drugs at issue.

For example, one of the most notable antitrust cases involving drug prices to date is the sprawling multidistrict litigation in the Eastern District of Pennsylvania regarding alleged price-fixing in the market for generic drugs.[12] While much of the media attention there has focused on the prices charged for certain groups of generic drugs, and how those prices purportedly rose over time, the antitrust claim at issue actually hinges on alleged agreements between competitors, not the prices charged.

Similarly, the FTC and New York Attorney General's recent antitrust lawsuit against Vyera Pharmaceuticals, LLC, formerly known as Turing Pharmaceuticals LLC, and its founder Martin Shkreli, has been lauded as an antitrust challenge to the prices charged for Daraprim (pyrimethamine), a drug used for treating the parasitic infection toxoplasmosis.[13]

But the antitrust claim there is not based on Daraprim price increases; it is based on alleged efforts to control supply through the use of exclusive contracts that purportedly blocked potential generic competitors from access to the available licensed suppliers of the active pharmaceutical ingredient.

Plaintiffs also have advanced other legal theories in drug pricing cases, such as civil claims under RICO and state consumer protection laws. Though both theories have had some success in surviving motions to dismiss, they have yet to be fully litigated and tested, and they appear to stretch these laws beyond their natural bounds.

A civil RICO claim requires proof of, among other things, a pattern of racketeering activity by the defendant that caused injury to the plaintiff's business or property.[14] Racketeering activity — the RICO predicate offense — encompasses various criminal statutes, including mail and wire fraud.[15]

In 2018, the U.S. District Court for the District of Kansas rejected a motion to dismiss a RICO claim against Mylan and Pfizer Inc. that accused them of engaging in a pattern of racketeering activity to inflate the price of the EpiPen and restrict generic competition.

The facts the court found as adequately pleading a RICO violation included marketing statements regarding Mylan's efforts to provide free EpiPens to schools (the plaintiffs alleged the statements were fraudulent because the school program was actually "an anticompetitive means to implement exclusive dealing contracts") and the defendants' statements about certain patent litigation settlements that suggested the settlements were not anti-competitive.[16]

In other words, the court took the view that failing to disclose an alleged antitrust violation can be racketeering activity, even though an antitrust violation itself is not a RICO predicate offense. This raises the question whether every bad act can be transformed into a RICO predicate in the same manner, which clearly is not what Congress intended. The court also held that the plaintiffs adequately pleaded causation of injury under the RICO statute.

Though the court did not expressly consider the issue of materiality under the mail and wire fraud statutes, the ruling raises the question of how these sorts of general marketing-type statements that a company makes to the world at large — even if a plaintiff later claims those statements are untrue — could be material in the sense of the fraud statutes, and how they would proximately harm consumers.[17]

Another theory that has emerged is that high drug prices violate state consumer protection laws because — separate from any other legal violation — such prices are deceptive, unfair or unconscionable.[18]

Generally, as long as a price is adequately disclosed, it should not be considered deceptive.[19] Unfairness claims, on the other hand, have been finding more traction. In 2019, the U.S. District Court for the District of New Jersey allowed certain insulin consumers to maintain claims under the New Jersey Consumer Fraud Act on the theory that it was unconscionable and unfair that the defendants selected high list prices (which the plaintiffs, whose purchases were not covered by insurance, paid) in order to offer better price spreads to pharmaceutical benefit managers in exchange for favorable placement on formularies.[20]

The question with which courts have yet to grapple is whether the concept of unfairness when it comes to a price — which is essentially a policy determination, and one inconsistent with a free market — can be turned into an administrable legal standard.

In light of the enforcement hurdles under current laws, a number of states have attempted to pass new laws to regulate drug pricing. Thus far, each type of regulation has encountered major legal challenges. For example, in 2007, the U.S. Court of Appeals for the Federal Circuit struck down a District of Columbia law that capped wholesale drug prices at 30% more than the comparable price in any high-income country where the drug is protected by patents or other exclusive marketing rights.

Absent new legislation, the attempts of government enforcers and private litigants to attack drug pricing through litigation will continue to have, at best, tenuous support. With both antitrust and FCA claims, the strength of a drug pricing challenge is unlikely to turn on any asserted unreasonableness in pricing but rather on the strength of the challenge to the underlying conduct.

The legitimate reasons that many manufacturers price drugs the way they do, and the legal protections that prevent them from being liable simply for how they price their products, have so far held relatively firm.

This is not to say that pricing decisions do not carry risk. Indeed, with the bad press that may follow high prices or aggressive price increases comes the risk of drawing unwanted attention from federal and state enforcers or private plaintiffs taking a closer look at underlying agreements or business conduct. At the very least, such optics matter, either in terms of color in any lawsuit or enforcement action, or in the court of public opinion.

At bottom, there is a fundamental tension between public pressure for regulators and courts to do something about drug pricing and bedrock principles supporting a free market economy and the need to incentivize innovation in what may be life-saving pharmaceutical products.

The balance most courts have struck appropriately recognizes that while any underlying violations or fraud should be punished, there is — and should be — no violation premised solely on pricing decisions. Creative litigation theories and legislation may continue, but regulators and courts would do well to continue to maintain this balance. 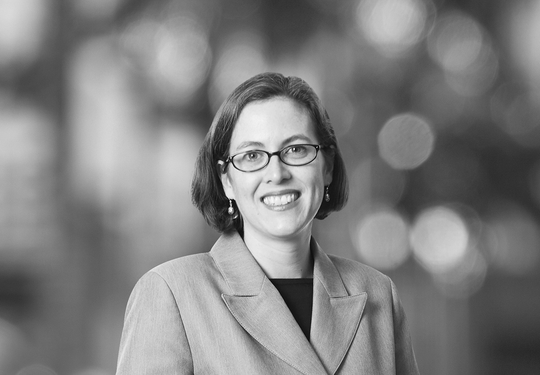